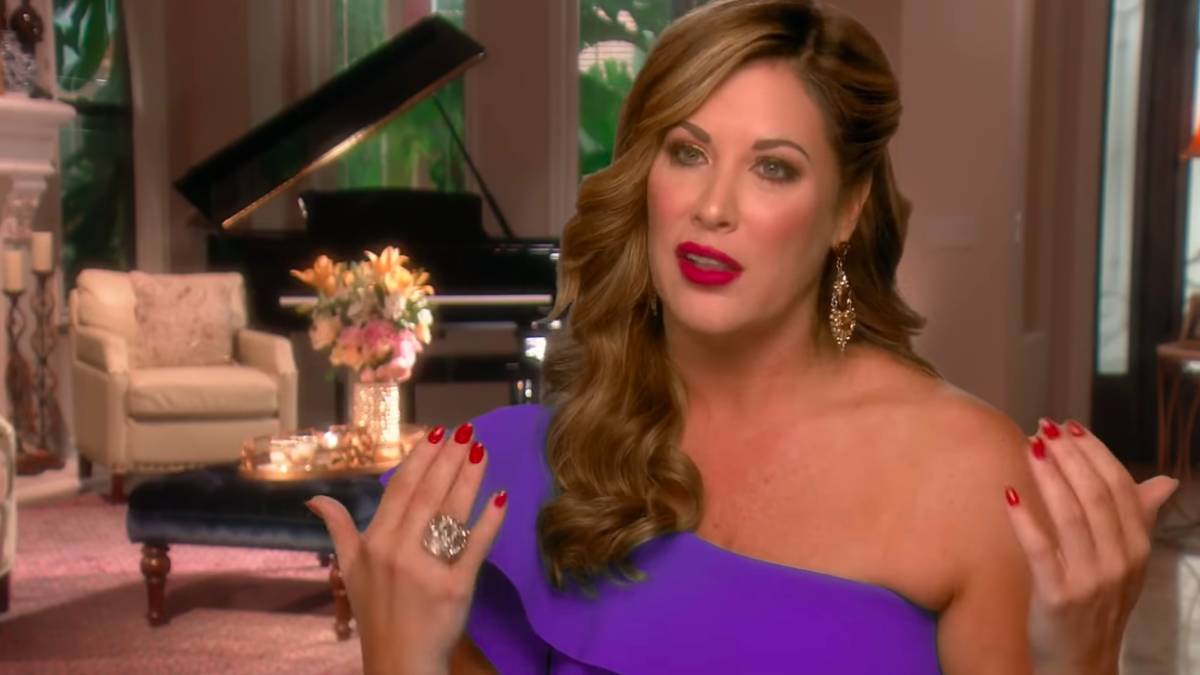 Emily Simpson clarified that her plans of moving to Utah that she had previously mentioned are far in the future.

Bravo reported that Emily took to her Instagram page to write, “Because you keep asking. The plan is to move back to Utah years from now … not anytime soon.”

Many fans thought she might have been trading Orange County for the mountainside when she posted a nostalgic throwback picture of herself snuggling a horse last year.

Emily described her previous life in Utah on the post.

“I woke up every morning to the view of Utah mountains and I rode horses almost every day,” she captioned a throwback picture of herself kissing a horse. 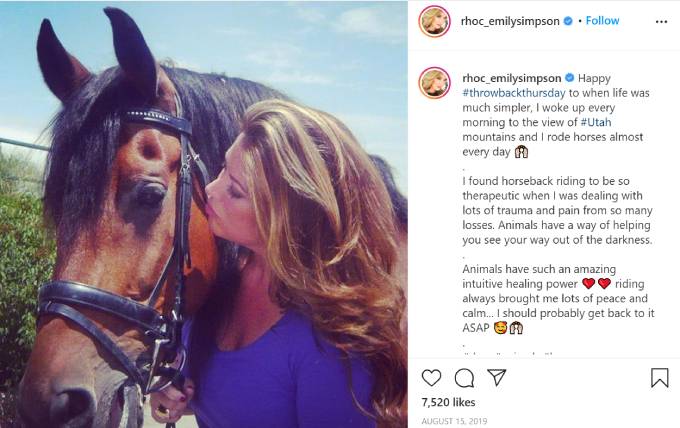 Emily also explained that riding horses was more than just a recreational activity for her. She explained the positive effect the horses had on her emotionally.

“I found horseback riding to be so therapeutic when I was dealing with lots of trauma and pain from so many losses,” she continued. “Animals have a way of helping you see your way out of the darkness. Animals have such an amazing intuitive healing power.”

At the end of the post, she teased that she wanted to revive some habits from her Utah days.

“Riding always brought me lots of peace and calm… I should probably get back to it ASAP,” she added.

Many fans agreed with her at the time, saying should get back to her horse-riding roots.

Additionally, in September 2019, Emily told fans that she and her family plan on moving to Utah.

“If you could live anywhere in the U.S. besides Cali, where would you choose?” one fan asked in an Ask Me Anything thread on Instagram.

“We will move back to Utah eventually … I need more land, more space and horses,” Emily replied.

Emily currently lives in California with her husband, Shane Simpson, and her three children and two stepchildren.

During RHOC Season 14, Emily and Shane’s marriage teetered on the edge of destruction. Many uncomfortable scenes showed stilted conversations in which neither of them was on the same page.

However, Emily said on the RHOC Season 15 premiere that their marriage is now in a great place. Emily blamed her need for hip surgery as the cause of the fracture in their relationship at the time.

Additionally, Shane was studying for a difficult law exam, which seemed to cause tension in their relationship on the show.

The Real Housewives of Orange County airs Wednesdays at 9/8c on Bravo.