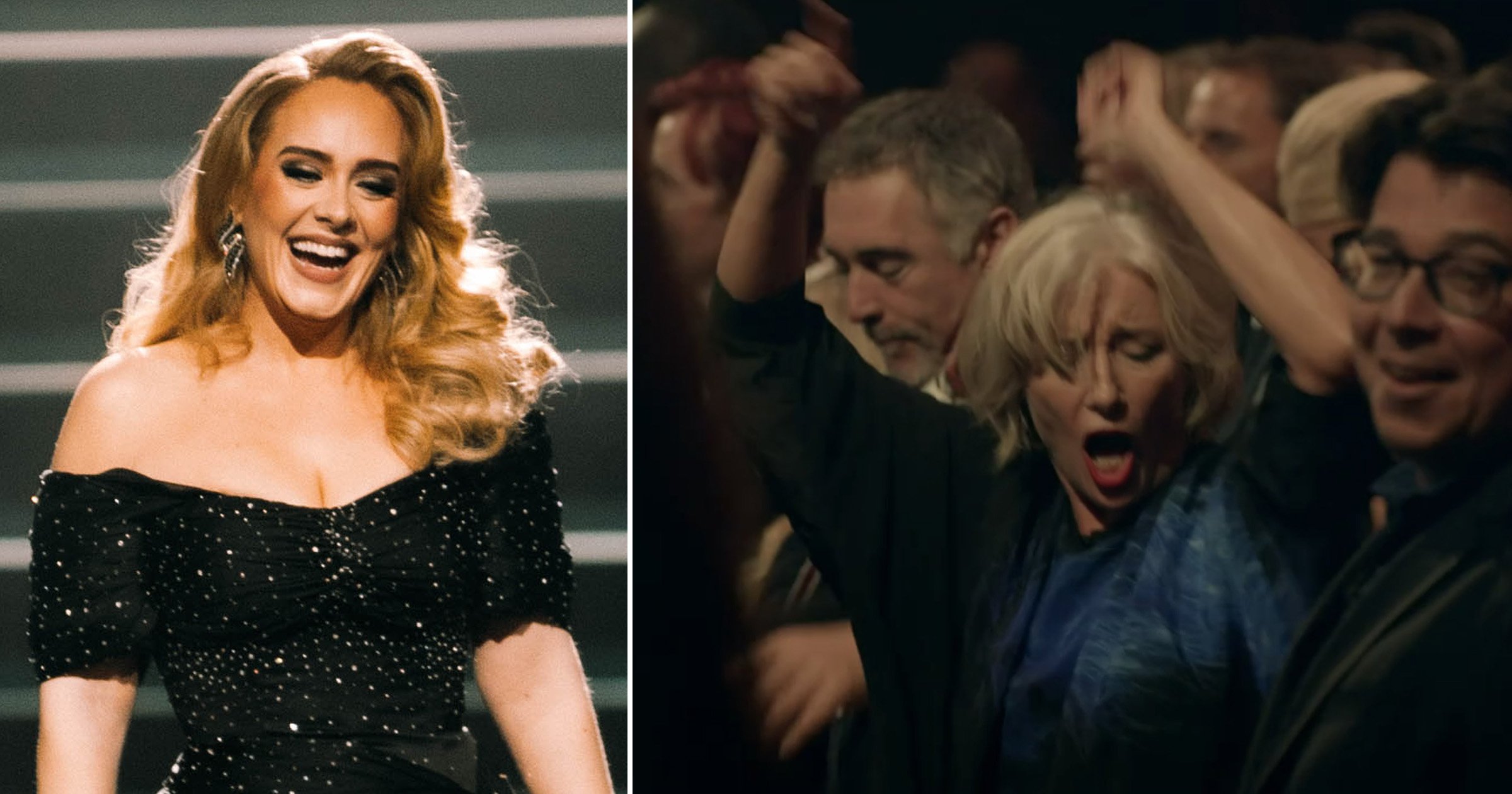 Dame Emma Thompson almost stole Adele’s shine on An Audience With Adele as she was caught dancing like there’s no tomorrow.

The stars turned out for Adele’s homecoming concert at the London Palladium earlier this month with the show airing Sunday night on ITV in celebration of the release of her new album 30.

Introducing her song, Send My Love (To Your New Lover), Adele encouraged the star-studded audience to seize the rare chance to dance during her concert and, well, Dame Emma most certainly didn’t waste the opportunity.

At various points during the performance of the mid tempo track, Dame Emma was seen with her arms flailing in the air and swaying her hips like there was no tomorrow. Viewers were both in hysterics and completely in awe of the screen icon’s moves.

Another quipped: ‘Emma Thompson dancing like an aunt on Christmas Day after too many sherries!!’

‘LOVING Emma Thompson dancing like a lunatic. Absolute MOOD!’ another weighed in.

An Audience With Adele will be available on the ITV Hub.