Charles – who is played by Kevin Mathurin on the ITV soap – has become a firm favourite on the soap since arriving last year. 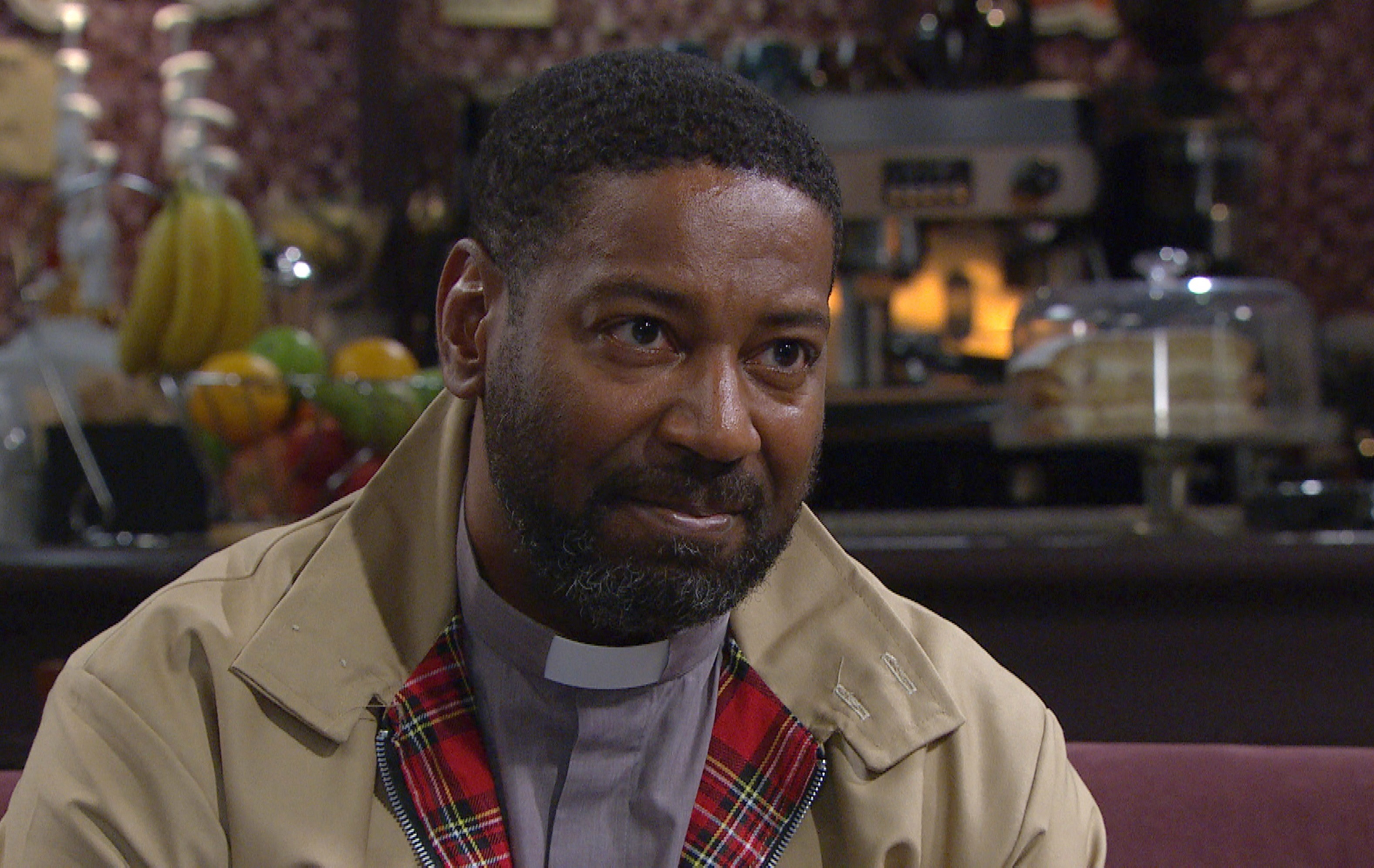 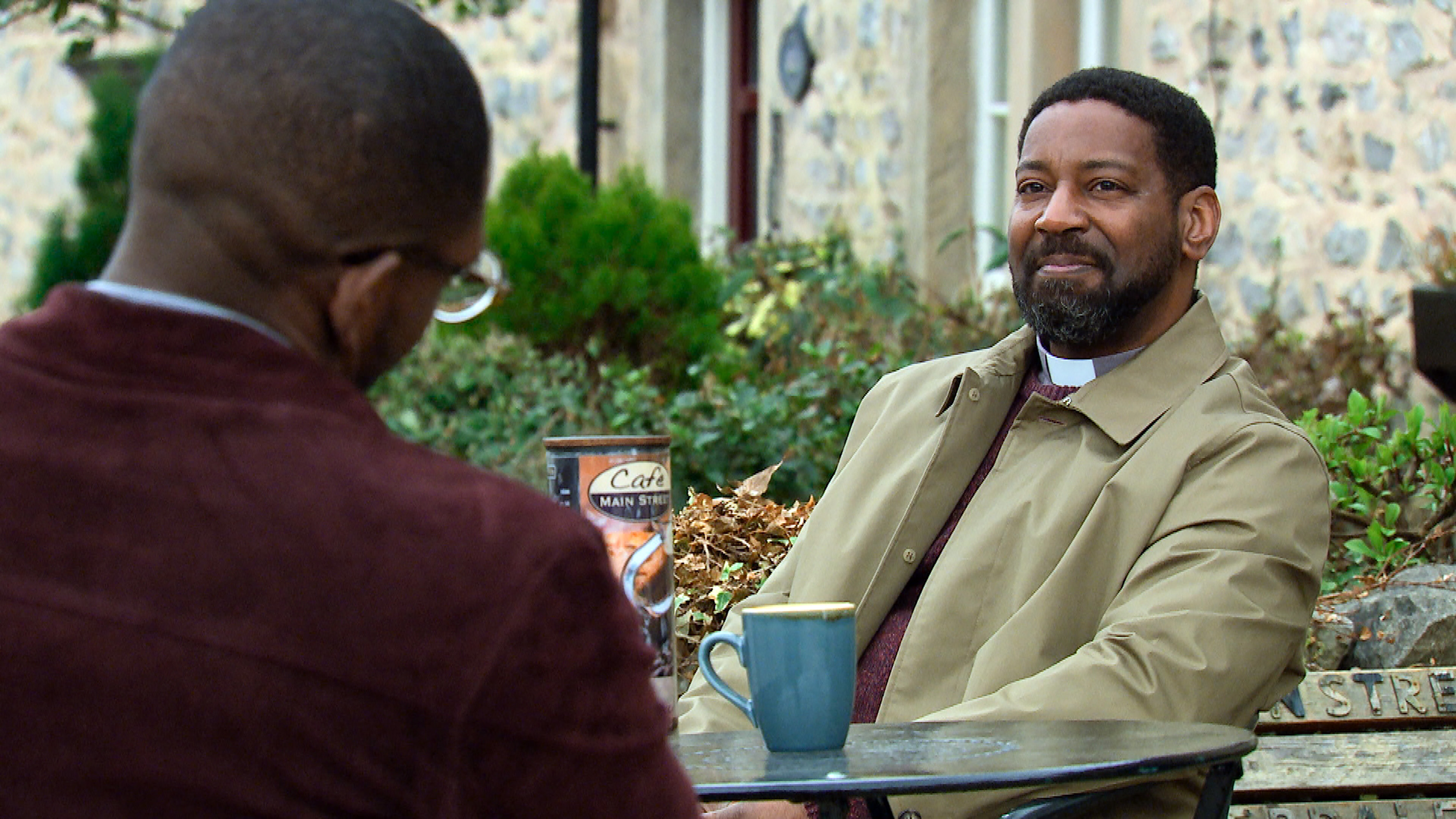 But viewers have struggled to believe that Charles manages to squeeze in a full-time job with the amount of time he spends in the café.

Fans of the soap joked that the vicar should stop spending so much time relaxing and get back to work.

One wrote: “Charles from Emmerdale and Billy from Corrie are both vicars who are never in the church.”

“Why is Charles always in the café?," one fan asked.

A fourth added: “Does Charles even know where the church is?!”

Actor Kevin recently said that his "body is broken" after taking part in a "very demanding" water stunt scene.

Although it's not known what the stunt is related to, and who else was involved, Kevin has hinted he that his character could be part of it.

He told fans on Twitter: "My body is broken. Work has been very demanding lately.

"But I can only keep doing my best and rest when I can. I miss my family, my home and my routine. But I promise you what's coming up will be worth the little sacrifices.

"Everyone's commitment has been amazing!"

Kevin's alter-ego Charles first made his first appearance in the village back in December 2020.

The vicar shocked fans after it was revealed that he was in a previous relationship with Manpreet Sharma before moving to the Dales.

At the moment his son Ethan is currently involved in a gripping story line involving HIV.

The aspiring lawyer recently found out he slept with someone who has tested positive for the virus and is awaiting his results.

When he's not on set of Emmerdale, Kevin lives in a plush London home with his DJ partner Nikki Beatnik and their son Harley. 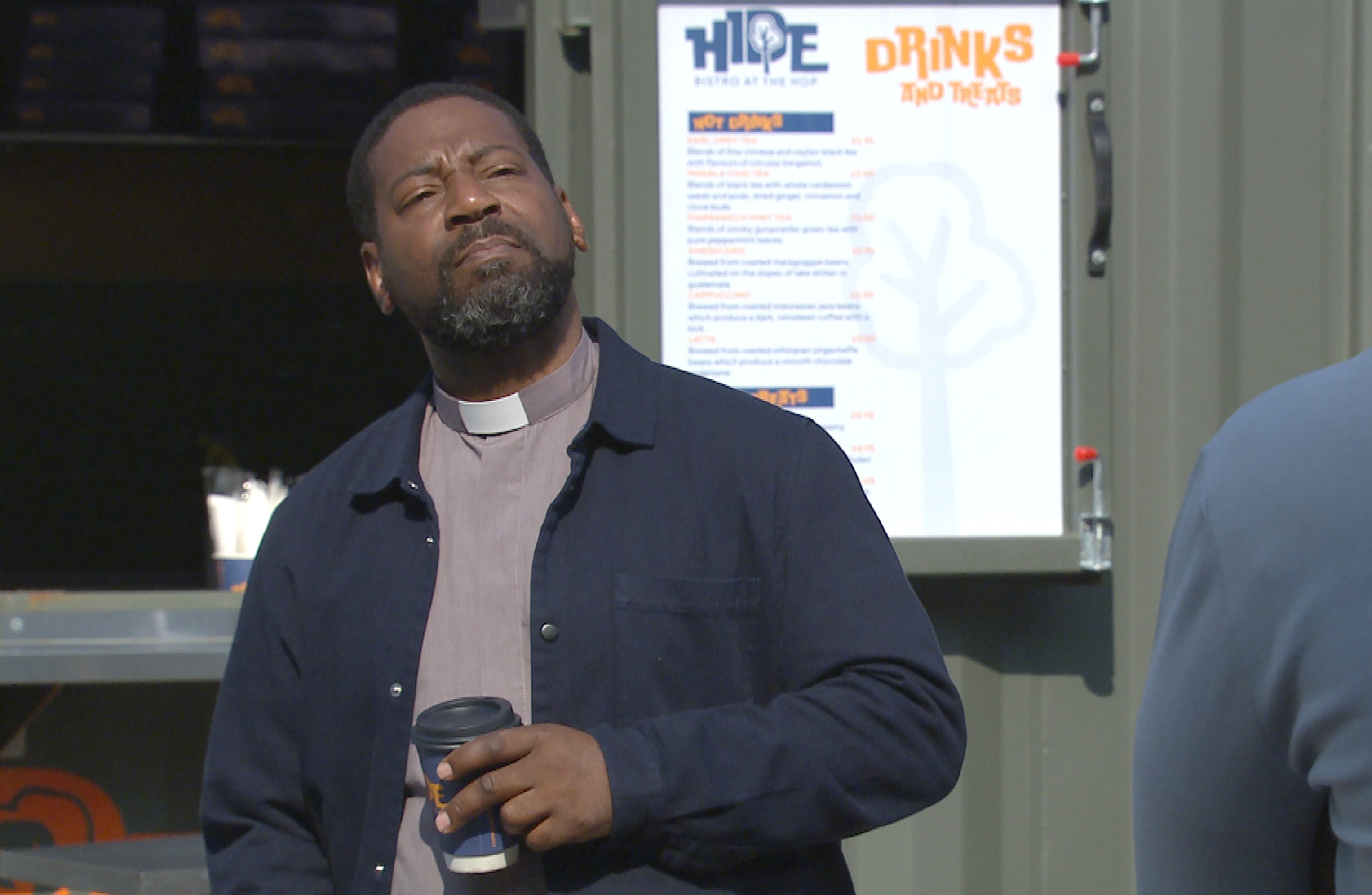