Emmerdale fans have sadly suggested Vinny Dingle (played by Bradley Johnson) will be a victim of his father’s bad temper in upcoming months. Tonight, they tuned in to see the gambler take aim at the scrapyard worker once more, after Vinny confided in Liv Flaherty (Isobel Steele) about Paul Ashdale’s (Reece Dinsdale) slip-up. But will things take a more sinister turn and will Mandy Dingle (Lisa Riley) find herself burning her son?

“I just wanted to talk to you,” Vinny said. “Liv knows about your gambling.

“She saw me put the money in my pocket yesterday and I told her everything.”

“Tell me what you said. Tell me,” Paul demanded.

“I just told her the truth,” his son replied. 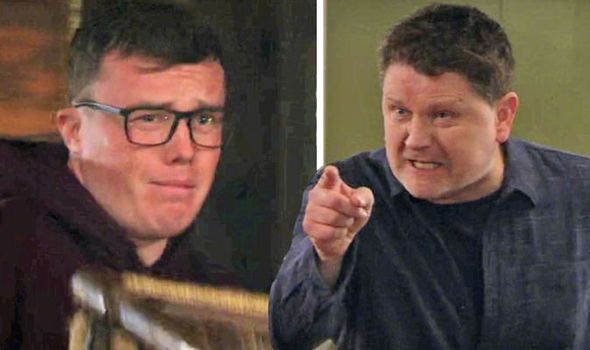 “So what’s she going to do about it?” Paul asked.

“Nothing. But she thinks you should tell mum and if you don’t she will,” Vinny explained. “I think she’s right.”

“I’ve just got your mum back on side, you idiot!” Paul spat. “I could lose everything, and what if I do hey? What if I lose your mum and my life here? It’s all your fault this is, this is all because of you!”

And with that, he lunged at Vinny, who defended himself by picking up a chair and making space between them to protect himself. 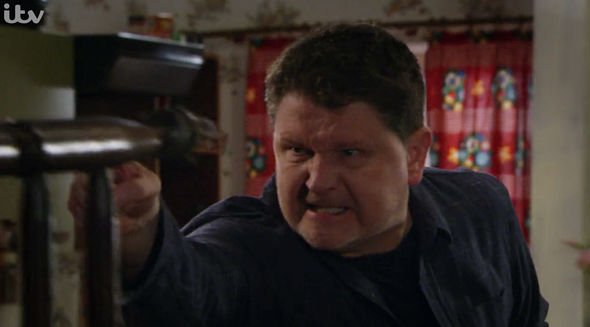 Fans of Emmerdale know this is not the first time Vinny has been injured by his father.

And they think Paul will one day take it too far.

Taking to Twitter to comment, one wrote: “#Emmerdale. I feel Vinny has blown his chances now. Paul will do all it takes to stop his gambling secret from spiralling to Mandy. Even if he had to kill Vinny he could if he had to. Vinny needs to do the right thing and needs to stop taking risks.”

“Paul is getting angry again. Vinny needs to be very careful. He isn’t a sneaky person. He should of said something to Liv without Paul having any knowledge of what was said. Then Vinny would get away with it and potentially get away with telling Mandy the truth. #Emmerdale,” someone else wrote. 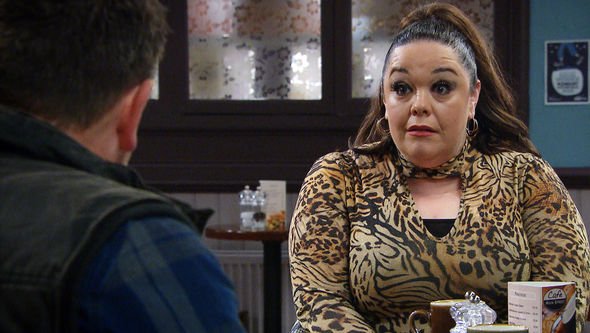 A third added: “Not liking this violence against vinnie #Emmerdale.”

“Paul is evil he was about to beat him up again #Emmerdale,” one commented.

It comes after Emmerdale’s Producer Laura Shaw spoke about this Christmas storylines.

During a press event, she said: “We’ve got a really big fun Christmas and New Year, which is jam-packed full of romance, disaster, comedy, heartbreak, shock twists and turns.

“A huge secret comes out in a truly magnificent way that will make everybody gasp, I promise you.

“We’ve storylined a massive chapter in the Mandy/Vinny/Paul story, so keep watching to see how that plays out.

“It will be one of our big stories in 2021 and lives are definitely going to be changed forever,” she added.