Emmerdale spoilers: Jai Sharma to lose Archie after he turns to drugs?

Emmerdale viewers have seen Jai Sharma (played by Chris Bisson) try to cope with the newfound responsibilities of fatherhood after his son Archie (Kris Assi) came to live with him after Jai’s ex Rachel Breckle (Gemma Oaten) passed away. Elsewhere, his workload has been increasing as the activity centre nears its opening date – will he turn to a darker path in order to cope?

It’s been a stressful time for Jai on the ITV soap after struggling to try to cope with his son Archie’s sudden re-entry into his life.

Archie was finally brought out of his shell by Jai’s girlfriend Laurel’s (Charlotte Bellamy) son Arthur (Alfie Clarke), who quickly became jealous of the attention Archie was receiving and turned to hurting him.

With Jimmy King (Nick Miles) currently being blamed for Archie’s injuries, it’s still unclear whether Arthur has been bullying the youngster.

However, something else will spell trouble for the businessman after he struggles to cope with the pressures at work. 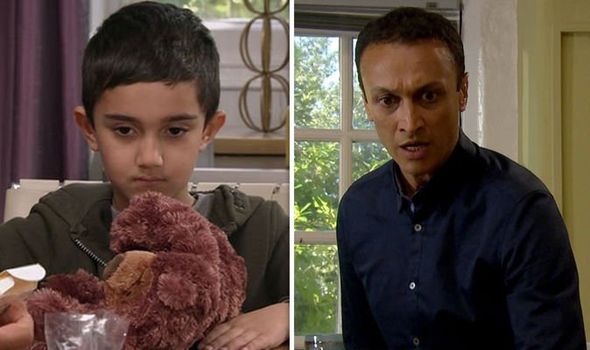 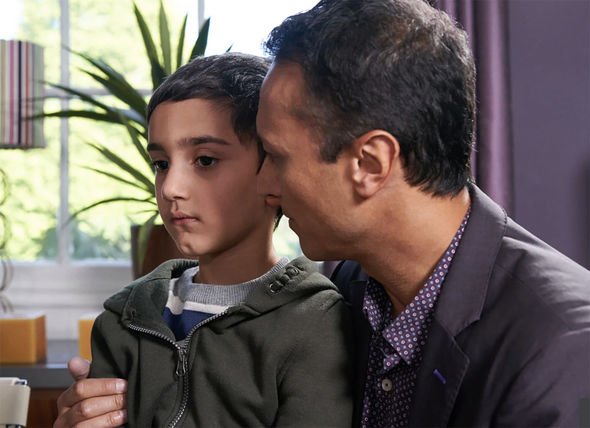 With business partners Al Chapman (Michael Wildman) and Kim Tate (Claire King) nowhere to be seen, it is down to Jai to deal with the huge workload.

With a deadline unexpectedly brought forward, he is forced to pull an all-nighter and struggles to cope.

Laurel will offer to help her partner out by looking after the kids and ordering them pizza.

Unfortunately, this reminds Jai of a dealer he previously used who operated under the guise of a pizza delivery service. 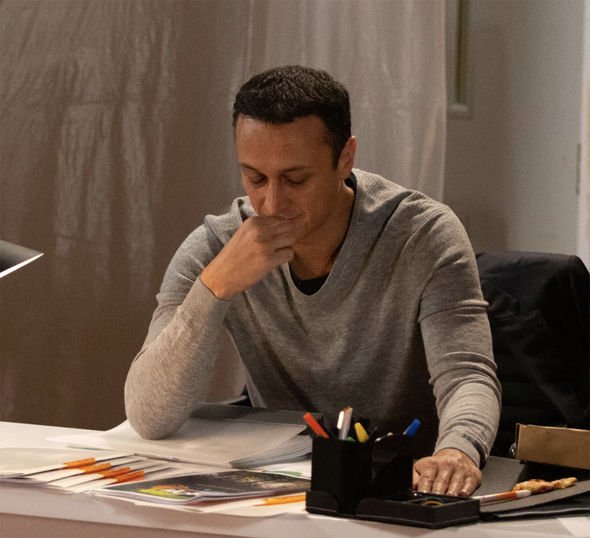 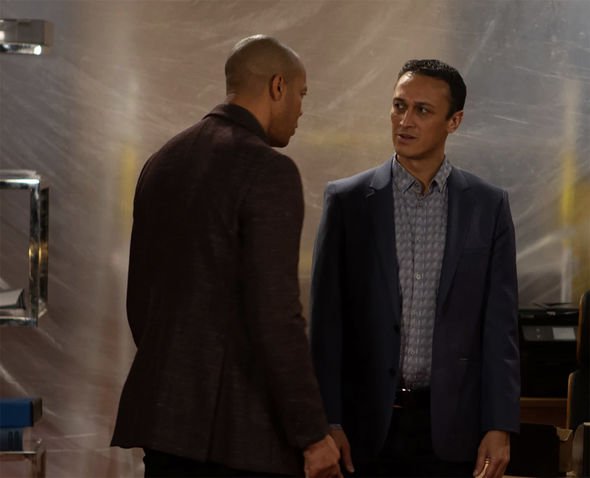 With Jai under a huge amount of pressure and Al and Kim taking a step back from their responsibilities, Jai decides to make a call to the dealer – will he go decide to go back to his old habits?

Opening up on his storyline, Chris told Digital Spy: “Jai has got a lot of pressure piled on by Al and by Kim. This is mainly to do with the launch date for the business – and one of their key clients that they need as a sponsor. It all gets dumped on Jai’s desk at the last minute.

“Jai is frustrated because Al and Kim are doing very little. He’s making it all happen and putting it all together, but Al keeps chipping away and undermining him.

“Al is manipulative, devious, dark and evil at times. In the end, Jai has to pull an all-nighter to get the work done.

“Jai has got a real battle on his hands because he knows that he needs to stay up all night. He’s in a dark place and I suppose he feels like he’s losing his mojo,” Chris added.

It’s not the first time Jai has battled his demons as he has used to struggle with drug addiction in the past.

“Jai has got the devil on his shoulder, tempting him to return to his old poison. He thinks this could fix it, but that’s very unlikely to happen.”

He will then confess to partner Laurel how he was nearly drawn back into temptation.

Will Jai manage to resist temptation as he seeks help from Laurel, or could he go back down a darker path?

With Al and Kim caught up in business of their own, and the pressure of the activity centre to be a success, will Jai be forced to turn to drugs in order to cope?

It has been heavily hinted this won’t be the last of Jai’s issues with drugs, and perhaps just the start of an ordeal.

However, he now has an increasing amount of responsibility to stick on the straight and narrow due to his young son.

Viewers saw Archie run away last month after he was bullied by Arthur, but if his dad turns to drugs, could he risk losing him again?

If Jai does see himself back on a downward spiral, could he risk his relationship with son Archie being ruined completely?