Emmerdale viewers have seen Graham Foster (played by Andrew Scarborough) plan to leave the village for good with his beloved girlfriend Rhona Goskirk (Zoe Henry). As their exit from the ITV soap nears closer, Graham is blissfully unaware he is facing his final days as someone will soon get their murderous revenge on the businessman. However, does his huge betrayal in this evening’s (January 10) episode prove his killer will be Kim Tate (Claire King)?

Graham and Rhona have had a turbulent relationship in recent months as their romance has looked to be threatened several times as various obstacles have come in their way.

The latest of which is Graham’s paternity drama with the rest of the Tate family, where he was determined to expose himself as the dad of Millie Tate (Willow Bell).

After Kim got wind of his historic fling with her daughter-in-law Andrea Tate (Anna Nightingale), she decided to set about on a mission to get to the bottom of who Millie’s dad really was.

However, she dropped her plans after Andrea, who had fallen pregnant with her second child, miscarried her baby. 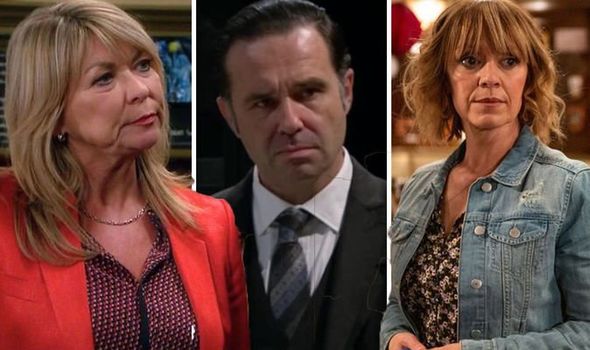 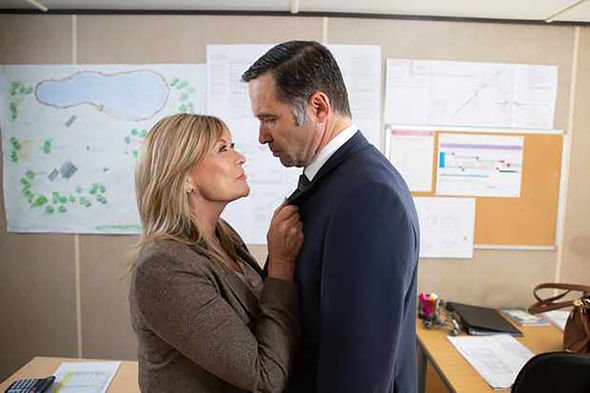 Graham was not to be deterred as he sent off his own DNA test to prove once and for all that he was Millie’s father.

During an explosive Boxing Day episode, it was revealed Graham had been wrong all along and Andrea’s husband Jamie (Alexander Lincoln) was indeed Millie’s real father.

However, since Graham became a threat to her family, Kim has tried to set about trying to ruin his newfound happiness with Rhona.

It looked as though she was on a track to do the same this evening after Rhona found out her partner had gone back to work for Kim. 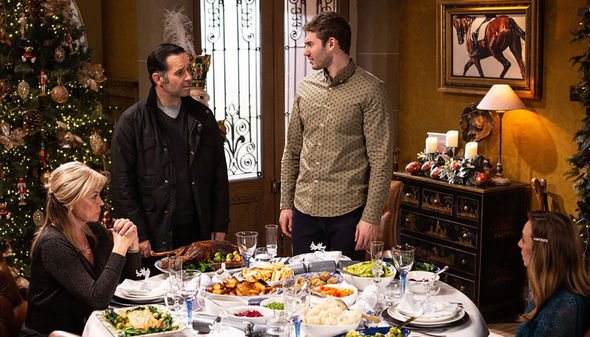 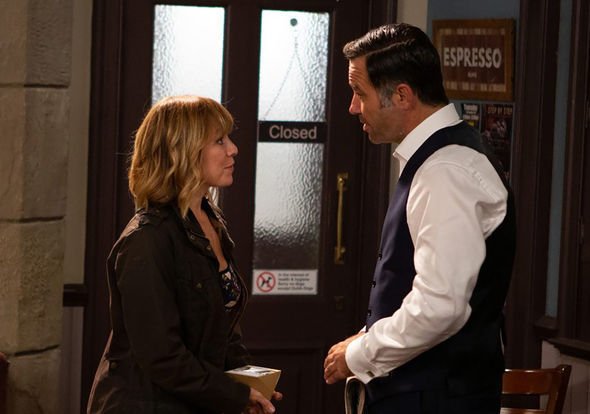 Graham continued to go and help prior to the opening of the new activity centre, but it soon emerged he had an ulterior motive.

He started a discussion with Ryan (James Moore) about animals as he tried to get his hands on Kim’s bank details.

Graham said: “Kim and I always used to argue over animals, she would’ve had every stray dog and horse if she could have got their hands on them. Me? I was the voice of reason.”

“She loves those horses more than people,” agreed Ryan.

As he tried to get what he wanted out of an oblivious Ryan, he added: “Even though she did call them rather odd names, I mean Freya for an animal, it’s bizarre.”

“Well she had the weirdest name for a goldfish apparently,” he replied.

Graham revealed: “We always used to joke about it, I mean what kind of child calls a pet a weird name like that?”

As Ryan unintentionally then revealed evil Kim’s password, Graham had access to the Home Farm bank account as he has set himself the task of fleecing Kim before he flees.

Rhona quizzed her partner on what he was up to after believing Kim still had a hold over him before he confessed to his true intentions.

A frustrated Rhona said: “She made you feel guilty, I get it, just like she made you marry her.”

However, Graham quickly reassured her: “This was for us, I’m only there to get what she owes me, we need this cash to start again… I promise you, the minute we get enough I’m out of there.

“We’re set for life, then we’ve got the rest of our lives together, me you and Leo,” he added.

However, with Kim always one step ahead of everyone else, she is sure to soon rumble what Graham is really up to.

With Graham set to murdered in upcoming episodes, could this be what finally pushes Kim to murderous extremes?

Emmerdale continues on Monday at 7pm on ITV