Moira Barton (played by Natalie J. Robb) finally told Mackenzie (Lawrence Robb) the real reason she abandoned her brother when he was young. The new arrival was convinced Moira was to blame for the breakdown of their family but discovered the painful truth after turning up in Emmerdale. However, as Mackenzie continues to get on the wrong side of Cain Dingle (Jeff Hordley), will Moira be forced to make an impossible choice?

Cain and Moira have been growing closer ever since they called a truce for the sake of their son amid a messy divorce.

However, Mackenzie’s arrival could mean the end of their budding relationship as Cain immediately disliked him.

Cain’s distrust of Mackenzie is no surprise as the Scottish newcomer kidnapped him and demanded a ransom from Moira.

But, now the truth about Moira’s disappearance when he was a youngster has been revealed, will the siblings rebuild their relationship? 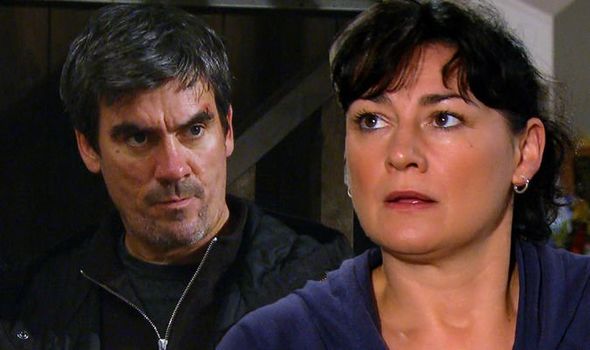 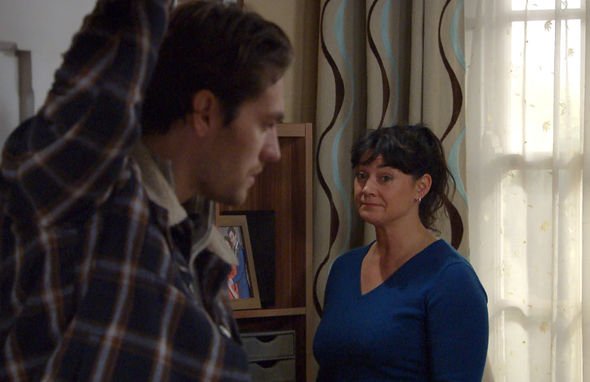 The actress was asked if Cain will prevent his ex-wife from bonding with her brother.

She revealed: “I think it’s going to be tricky. Definitely tricky, because like anybody with Cain you never start off on a good footing.

“Again, with how the story will unfold it’s going to be a bit of a roller coaster there, especially for Mackenzie and Cain and Moira and Cain and Mackenzie, so it’s, I would say it’s gonna be a tricky one.” 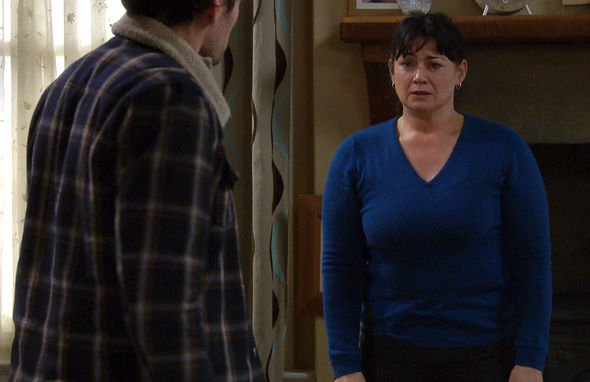 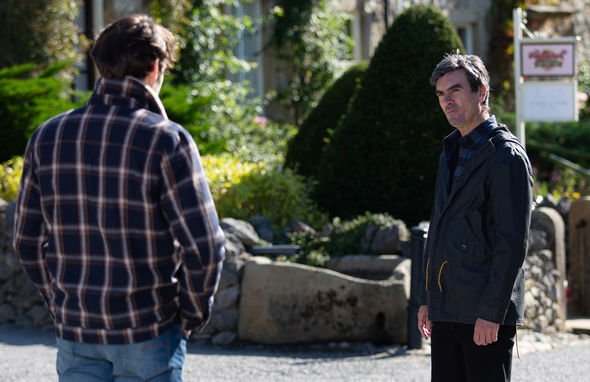 Moira is fiercely protective of Mackenzie and Cain’s interference will drive a wedge between them.

The farmer wants to put the past behind her and move forward as a family unit.

However, her insistence on making things right with her brother could leave hopes of a reunion with Cain in tatters.

Natalie teased Moira will attempt to build bridges with either Cain or Mackenzie.

“She makes a phone call to someone,” Natalie explained. “And it’s basically her holding an olive branch, and it’s just whether they’ll take or not.

Will Moira and Cain reunite as she realises he still has feelings for her?

Or will she turn against Cain and choose to prioritise her fragile relationship with Mackenzie?

Could he demand his sister lets him become a part of her farming business to make amends for abandoning him?

Cain clearly doesn’t trust Mackenzie and will be furious with Moira for threatening their son’s inheritance.

Is this the end for Cain and Moira as Mackenzie manipulates his sister into putting him first?