Sarah Sugden (played by Charley Webb) has proved herself to be a wayward teen after she got involved with wrongun’ Danny earlier this year. When the Dingle ladies found out what she had been up to, it wasn’t long before Sarah realised the errors of her ways and decided she was better off without the newcomer in her life. But, Emmerdale fans are going to see Sarah and Danny reconnecting in upcoming scenes as she gets involved in another drugs scandal.

Danny was last seen being arrested after Sarah gave the police a tip off.

After being released, he wastes no time in contacting Sarah, asking to see her, which she is tempted to do.

Before she has even made her decision, Sarah is confronted by Danny in-person and while she tries to play it cool, she is scared that he might be back for revenge.

But, Danny seems genuinely remorseful for his previous behaviour and thanks Sarah for turning him into the police. 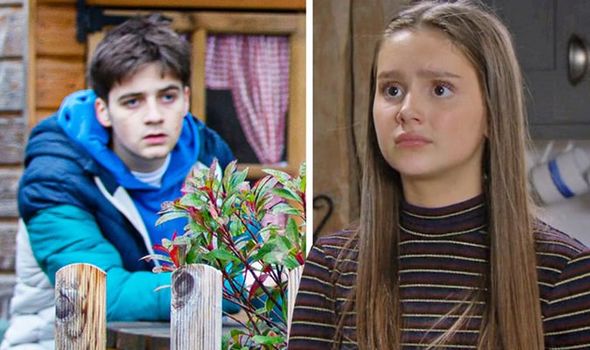 We will use your email address only for sending you newsletters. Please see our Privacy Notice for details of your data protection rights. Emmerdale spoilers: Al Chapman’s fundamental weakness exposed

Later that day, Danny has his next buyer in the pipeline and heads to the Woolpack with Mason to try and sell some pills to a rowdy stag do.

They’re all set to move forward with their plan, but Chas Dingle (Lucy Pargeter) ends up getting involved when she spots a stray bag near the bar.

Suspicious as to who has brought illegal substances into her pub, she starts watching the stag do members carefully.

As for Sarah, she is shocked to see Danny helping Mason deal drugs, but Danny talks his way around her and she ends up getting involved and taking one of the pills. 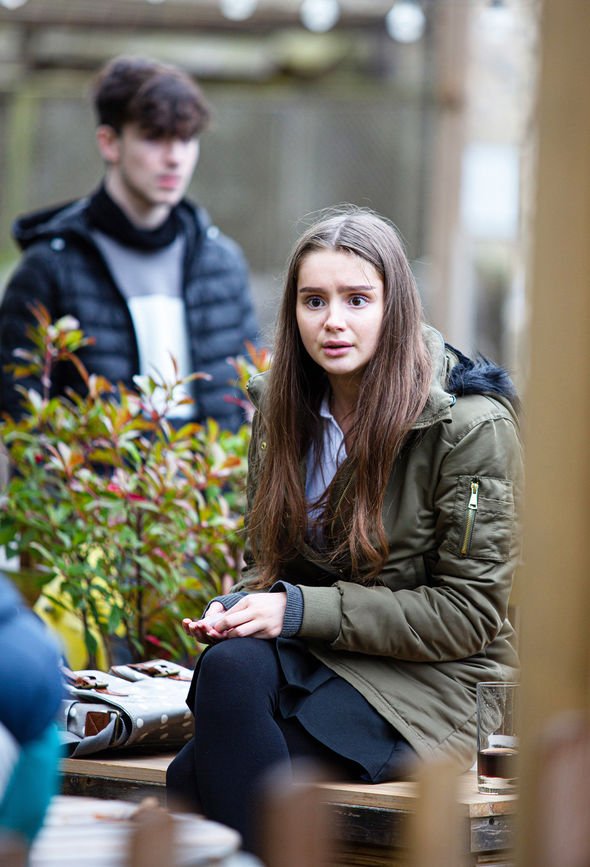 Chas, on the other hand, decides enough is enough and questions the stags over what she has found.

When they all deny their involvement, the landlady calls the police who conducts a drug search on them.

Watching everything play out, Sarah slips the bag of pills she’s in possession of into one of the stag’s jackets, framing him for the crime.

It is only a matter of time before Sarah’s involvement is exposed, will she own up to this malicious act when the police find the drugs on the stag and he pleas innocent? 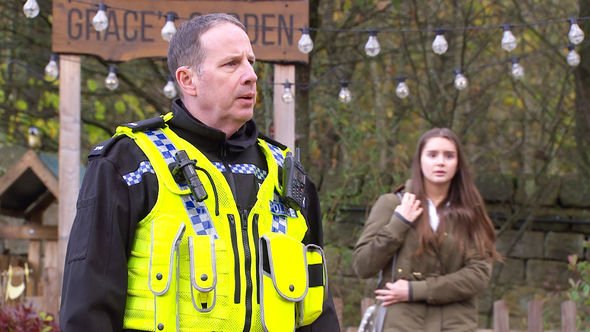 It comes after newomcer Ethan (Emile John) is also caught up in a drugs scandal which Sarah set up.

He and his father, Charles (Kevin Mathurin) will be seen in upcoming episodes – Charles made his debut on Christmas Day when he wed Paddy Kirk (Dominic Brunt) and Chas.

Ethan has carved a successful law career which is threatened by the accusation of possessing drugs.

Emmerdale viewers will see him confront Sarah, but it seems the teenager is adamant at denying all involvement.

When Debbie Dingle (Charley Webb) hears about these accusations, will she step in and encourage her daughter to tell the truth?