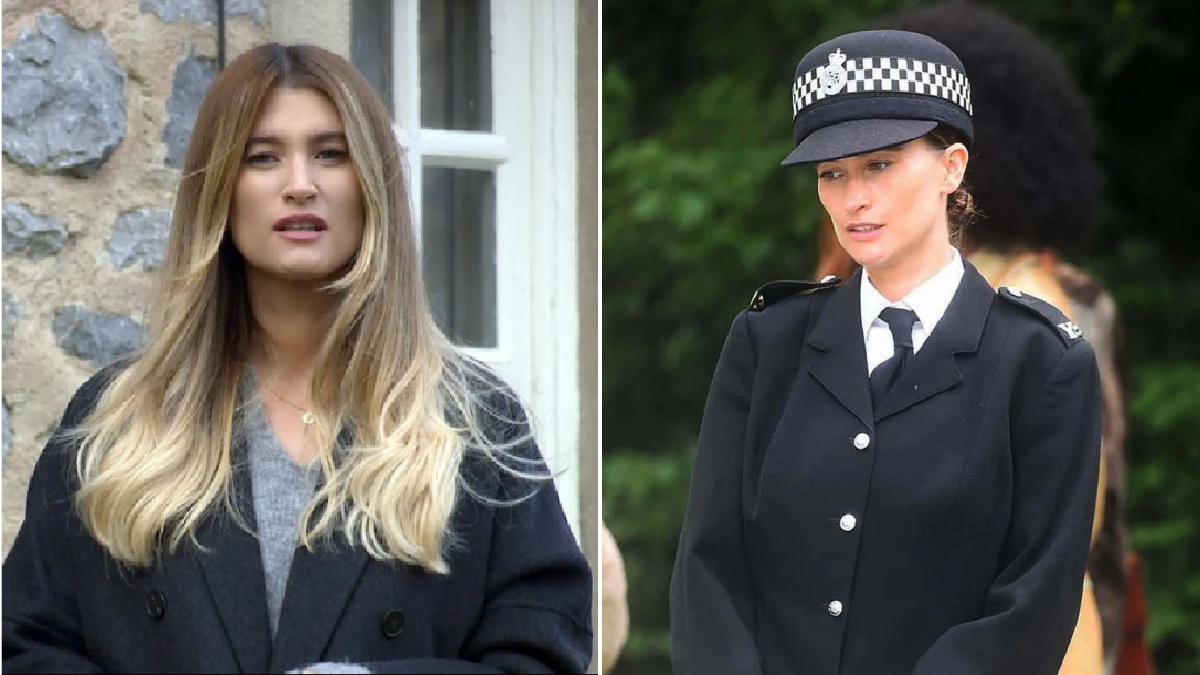 Charley Webb is worlds away from her signature Emmerdale character Debbie Dingle, as she dons a police uniform for her new role.

The actress, 34, was pictured filming scenes on-location for the upcoming ITV drama about The Yorkshire Ripper.

She was seen, in character, talking to a number of other characters as part of a scene for the show, which also stars Coronation Street and Downton Abbey’s Katherine Kelly.

Charley teased earlier this year that she had joined a number of new projects, following her decision to leave Emmerdale after 19 years as Debbie.

Posting a mirror selfie on Instagram in April, the 34-year-old wrote: ‘Costume fitting today for my new job.

‘I’m excited for the next 2 projects I’m filming over the summer and to get back on screen.’

It was first reported last year that Charley would not be returning to Emmerdale.

‘Charley is closing the door on Emmerdale for good and won’t be going back,’ a source told The Sun in December.

‘After she gave birth to her third child with Matthew in 2019 she returned briefly before taking some time out again.’

Charley made her final appearance in the ITV serial drama as Debbie in early 2021.

Debbie had returned to the show as part of a huge Christmas 2020 twist, which saw her revealed to be Al Chapman’s (Michael Wildman) mystery love interest.

But after getting wind of the fact that Al was engaged to Priya Kotecha (Fiona Wade) at the same time he was seeing her, she sought Priya’s help in staging the ultimate revenge plan, before departing the village once more.