Ethan (played by Emile John) asked Marcus (Darcy Grey) to move in with him a few weeks ago on Emmerdale as a result of being involved in a racially-motivated attack. Although they have only been together a few months, they seem to be happy with their arrangement and have been enjoying spending more time with each other. Unfortunately, it seems Charles Anderson (Kevin Mathurin) is proving to be a thorn in their side and he could be the reason they end up leaving the ITV soap.

The drama continues in this week’s episodes as Ethan realises his boyfriend and his father are spending a lot of time together.

This means he is being pushed out of the picture when he moved in with Marcus so they could spend more quality time with each other.

It seems he will get quite jealous of the bromance between the electrician and the vicar, forcing him to intervene in the relationship.

As a result, the lawyer ends up snapping at his father, telling the churchgoer he is angry he is not giving the couple alone time.

With Manpreet Sharma (Rebecca Sarker) still dealing with the trauma her sister Meena Jutla (Paige Sandhu) put her through, Charles felt he was being appreciated by Marcus. 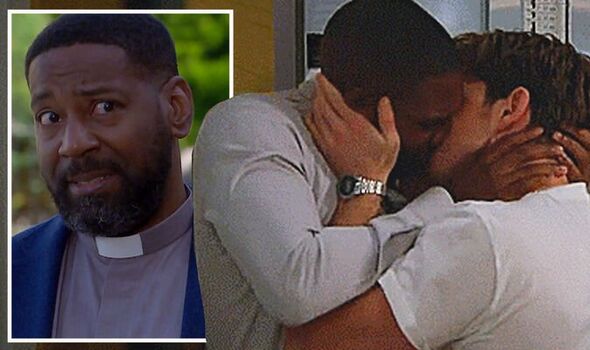 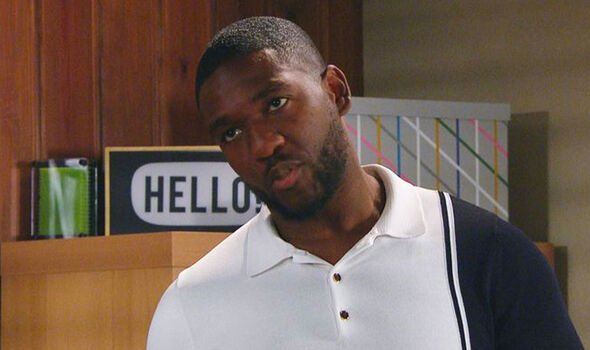 Reflecting on his recent behaviour, the vicar will know he might have been spending a bit more time than he should have been with Marcus.

Charles will tell his son he didn’t mean to intrude on his relationship and he will be taking a step back from now on.

Unfortunately, this might not be enough for Ethan as he knows Manpreet is not in any place to be able to give the vicar the attention he needs.

Wanting to be independent of his father, as well, the lawyer could decide he is going to move away from the village and go to work in the city. 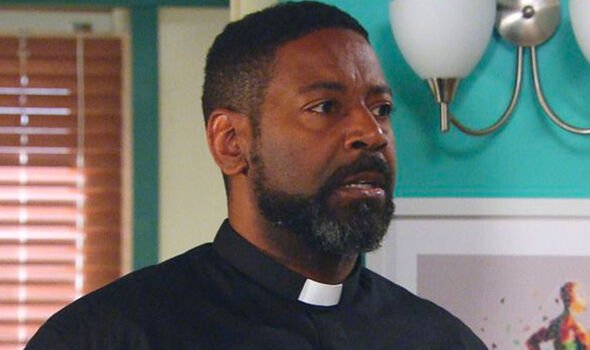 They would have a long future together

Marcus has already moved plenty this year, having arrived in the village in February following the death of his father, Pierce Harris (Jonathan Wrather).

However, he loves Ethan too much to leave him and so he would agree to move to Manchester with the village heartthrob.

Charles would be devastated to know he was the reason his son was leaving and so Ethan could decide to keep this information a secret.

After 18 months in the village for Ethan and just under six for Marcus, will they be ready to start this new chapter of their life together? 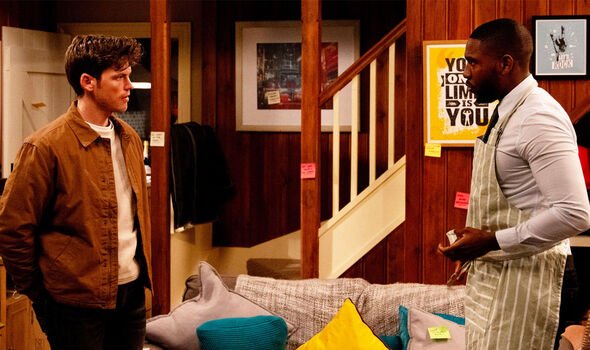 The actor who plays Ethan, Emile, has spoken about his character’s future with his boyfriend and where he would like their relationship to go.

In an interview with Express.co.uk and other media, the soap star said: “They’ve got a nice thing going on. I think Charles [Anderson] is obviously quite unpredictable but it’s all coming from a good place.

“Ethan and Marcus get on really well. There’s genuine affection there and they do really care for one another.

“Ethan, up until now, has had the worst luck when it comes to guys. So it’s lovely to see Ethan really starting to sort of build a true connection with someone.

“They like each other so it’s nice to see,” he added before stating he was unsure about their future as a couple.

Emile explained: “And if it were up to me, they would have a long future together. But it is a soap so we’ll see what happens.”

With a double exit possibly on the cards, this would launch new storylines for the likes of Charles and Rhona Goskirk (Zoe Henry).

For Rhona, this could mean a whole new chapter of her life beginning as she can finally put her ordeal with Pierce to bed.

She thought with Marcus being in the village, she would be reminded of what his villainous father put her through for years.

However, with the village heartthrob gone, she could just focus on her future with her husband-to-be, Marlon Dingle (Mark Charnock).

Taking to Twitter, viewers have been sharing their thoughts on the couple’s future, with Joanna writing: “#Emmerdale no way this Ethan and Marcus thing is going to last. Something up with that Marcus!”

Georgia posted: “#Emmerdale Marcus is going to take over Ethan’s life just like his dad did with Rhona!”

Whilst Charlotte commented: “The relationship between Ethan and Marcus feels so weird, uncomfortable and awkward. Plus there’s absolutely no chemistry! #Emmerdale.”

What is on the cards for the couple as they continue to progress with their relationship?