EMMERDALE viewers are begging Pete Barton and Rhona Goskirk to split up and have accused writers of recycling storylines after they were seen arguing over cheating again this week.

The couple have chosen to remain together despite Rhona's night of passion during the soap's Big Night Out episode last month, which was followed by Pete's sexual encounter with Kim Tate last week. 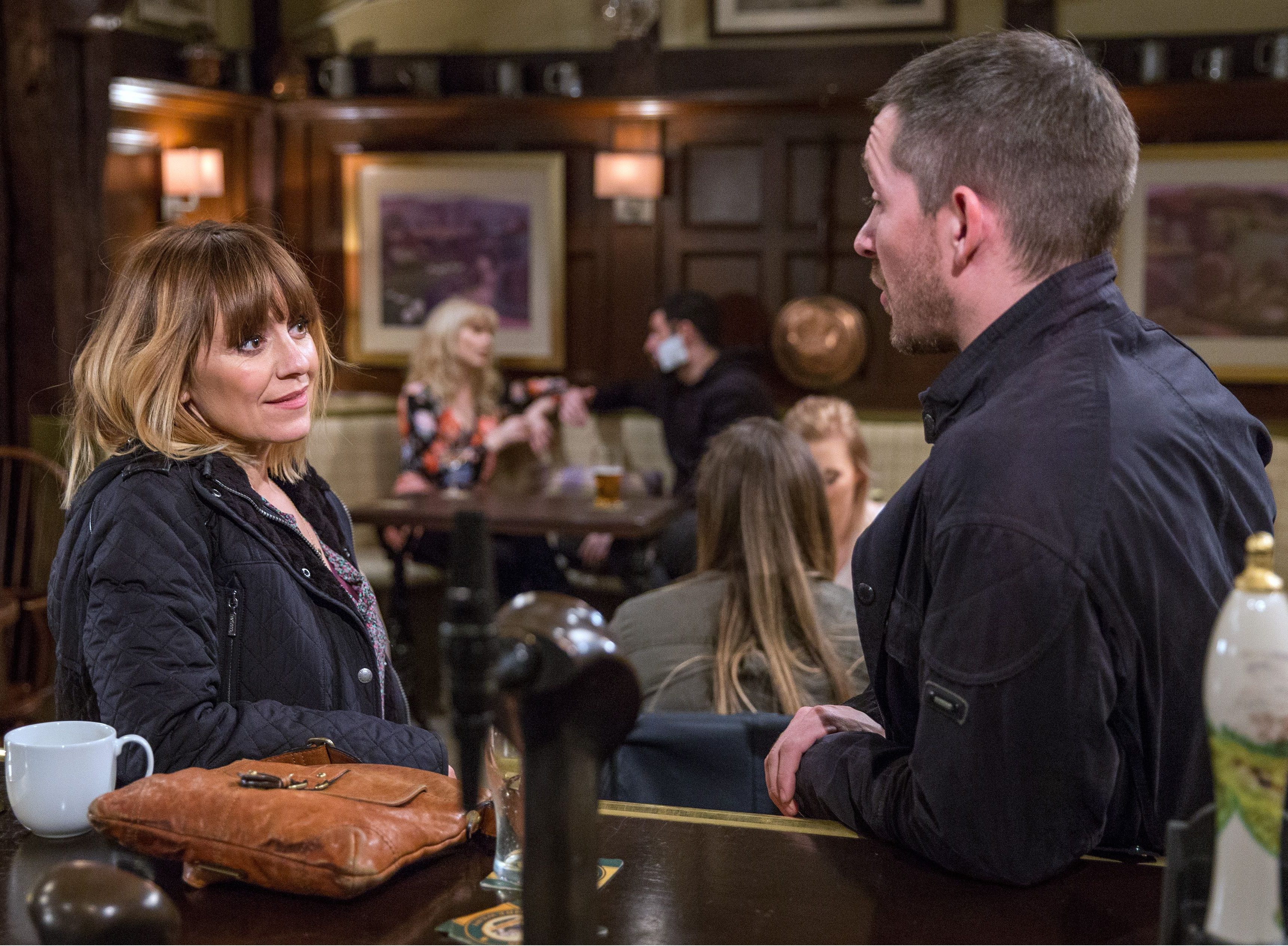 But, after weeks of bickering between the soap couple- played by Zoe Henry and Anthony Quinlan- angry Emmerdale fans have had enough and have taken to online forums to slam the soap's producers.

One wrote: "How many times are these two going to have the same argument? No exaggeration but I think these two have had the same conversation 20 times now. Rhona snaps at him or accuses him of something and has to apologise.

"I’ll be surprised if the actors haven’t questioned if they have been given last weeks script by mistake.

Just split them up."

While another commented: "They are completely unsuited as a couple, no chemistry at all.: I wish the writers wouldn't keep boring us with the same scenes." 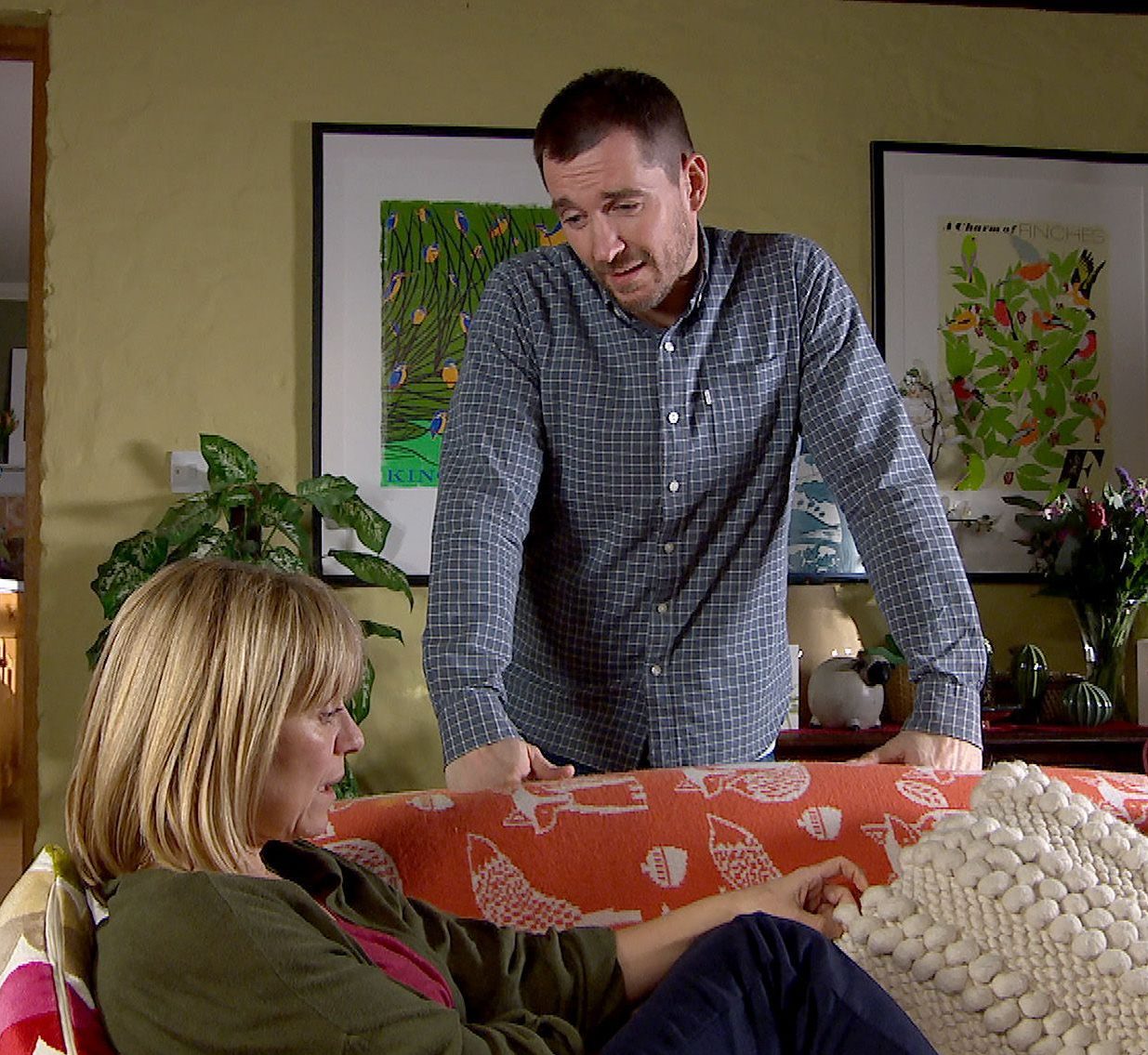 A third said: "Sick of it going round and round in circles. Pete, just go if that's what you want."

A fourth fumed: "Presumably, Pete's blowing out of the candle at the end of last night's episode, and the subsequent blank screen, symbolises the end of the relationship."

While a fifth explained: "I'm fed up with it all, it seems as though every episode there are two scenes set aside for Pete to see Rhona talking to another man, or Rhona sees Pete talking to another woman (one sentence at the most), then they storm over to one another have an argument, storm off.

"Then in the second scene they will meet up, both explaining that they are idiots, offering flowers, chocolates or wine, then thankfully not televised they go off to make love. Onto the next episode where exactly the same thing happens…" 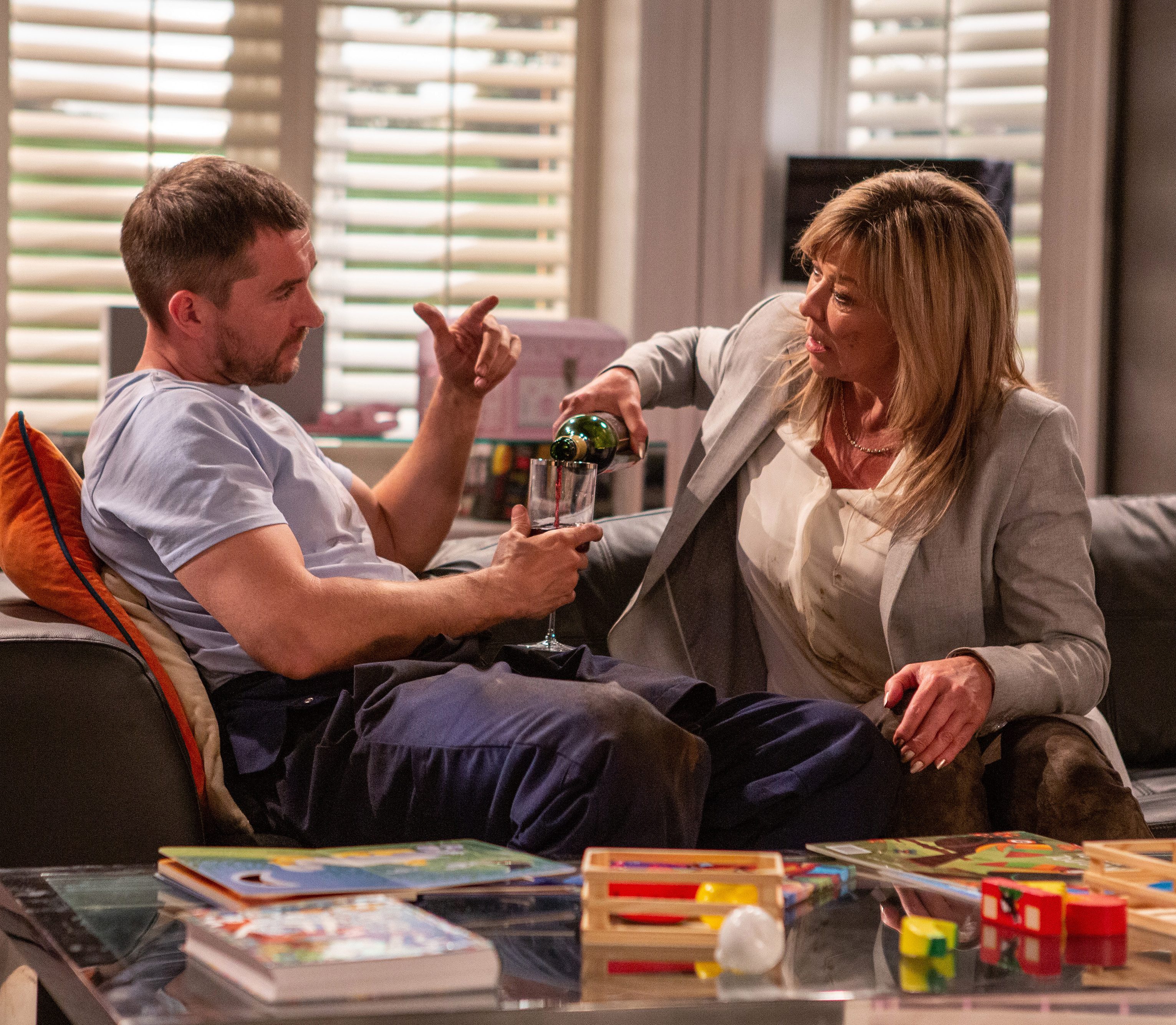 And a sixth fan vented: "I just time you when they appear now. It's so tedious. They don't fit together, are always having petty childish squabbles and have became the two most irritating characters for me.

If the writers are going to keep them together then have them move away."

Last Friday fans were left shocked after they witnessed Pete get seduced by Kim Tate at Home Farm.

As the couple shared a few drinks they opened up about how lonely they were feeling when Pete asked her how many bedrooms she had – and she said "all of them empty".

Then viewers watched in shock as Kim leaned in to kiss Pete and he responded and the pair shared a passionate embrace.

But not wanting to romp on her furniture while muddy, Kim nipped upstairs for a shower and invited Pete to join her.

However, despite their chemistry, Pete came to his senses and disappeared before Kim returned downstairs.