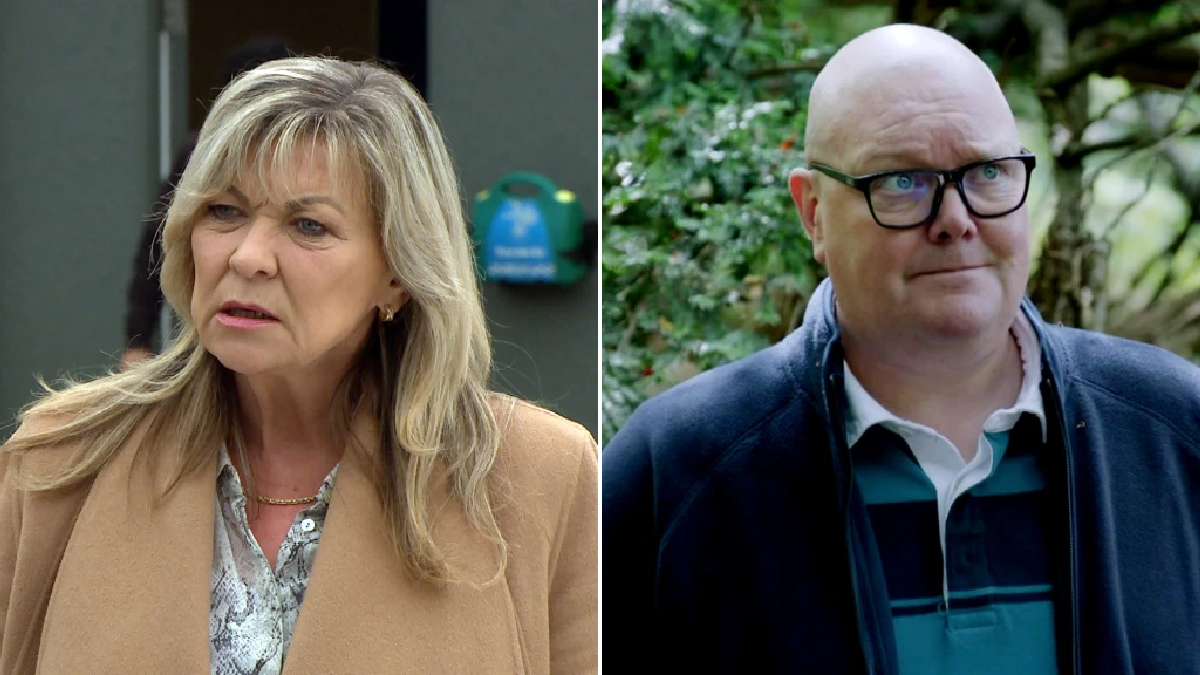 Paddy Kirk (Dominic Brunt) resorted to desperate measures when he found out Al Chapman (Michael Wildman) was planning on buying a share of the pub in Emmerdale.

Thinking he had no-one else to turn to, Paddy asked Kim (Claire King) for help.

However, in true Kim Tate style, she wasn’t planning on helping Paddy and not getting something in return, she had a better, sneakier plan up her sleeve.

Kim agreed to help Paddy out with Al, but upping the stakes, she decided Paddy would have to dope her racehorse before she gave him any money.

Out of his depth, poor Paddy doesn’t know what to do and as Dominic Brunt told Metro.co.uk, his character’s ‘lovable idiot’ persona sees him unable to free himself from Kim’s scheming clutches:

‘He’s completely out of his depth. I think he thought it was a one off, but he’s dealing with someone who schemes daily, it’s part of their lives. Poor Paddy, he’s quite moralistic, it’s quite a strange thing for him to do – dope horses! I think Paddy is probably jealous, he thinks the horse doping and asking Kim for help is the way out but of course, Kim has got him!’

There is a definite comedic side to Paddy’s horse-doping scandal, but as Rhona (Zoe Henry) reminded him recently, this is dangerous – he could completely lose his career as a vet!

‘He’s terrified, he doesn’t have anything else to fall back on’, Dominic adds, discussing what’s at stake.

‘Being a vet is the one thing and only thing he’s good at, he can’t do anything else! He is terrified, it’s a phone call form Kim, that’s all it will take. A call to the veterinary standards just to say, “this has been going on”, that’s Paddy’s fear. I don’t think he thought he’d be in that position either.’

Coming up, Paddy attempts to get one over on Kim by er, yes…kidnapping her horse.

‘He thinks it’s his greatest idea ever. He’s trying to think like Kim but it doesn’t work out at all. They [Paddy and Chas] confront Kim and ask her to stop the blackmailing, and she just goes “if you do that, then everything will go badly for you” – Kim always thinks about five steps ahead. At the end Chas and Paddy just go “oh right yeah, sorry, we’ll get the horse back”. It’s such a pathetic reaction from Paddy!’

‘In an alternate universe he would knock Al out, bribe Kim, get loads of her money and live happily ever after. It would never happen though!’