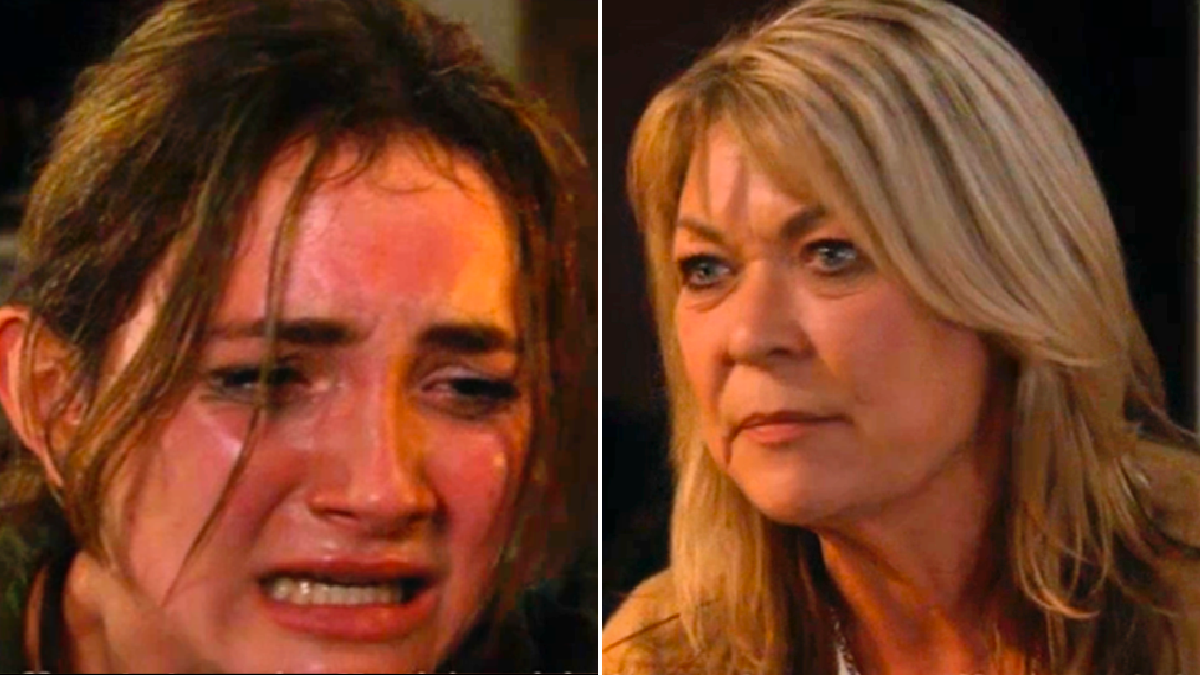 Gabby Thomas (Rosie Bentham) was surrounded by her nearest and dearest in Emmerdale, as she welcomed a baby boy.

The popular character was left terrified during Thursday’s (October 28) double-bill of the ITV soap when her waters broke while she was alone in the dark, after the electricity had cut out.

With her phone out of charge, the teen resigned herself to giving birth on her own, but before long, Bernice Blackstock (Samatha Giles) arrived and offered a helping hand.

And she wasn’t alone, as Diane Sugden (Elizabeth Estensen) soon followed, and she wasted little time in swooping into action.

Gabby was grateful to have her mum and grandmother by her side, as she went into labour.

Before long, she gave birth to a baby boy.

Kim Tate (Claire King) , meanwhile, was busy being questioned by the police in relation to Andrea’s (Anna Nightingale) murder, but she was released pending further investigation, after an alibi was provided for her.

The stalwart returned home to Home Farm, where she found Gabby in the company of her baby.

She was overcome with emotion, and begged for a chance to hold her grandson. Gabby, however, refused to give Kim what she wanted, claiming that she was responsible for Andrea’s death and therefore she’ll never be allowed anywhere near her boy.

Kim professed her innocence, but Gabby wasn’t listening, and she subsequently revealed that she’s leaving for Portugal with Diane and Bernice as soon as she’s able to.

‘Murderer!’, uttered Bernice, as she and Diane passed by Kim, accompanying Gabby out of Home Farm. Has Kim lost her grandson already?

Or will she be able to change Gabby’s mind?