For “Fargo” Season 4, showrunner Noah Hawley (who directed the first two episodes) came up with his most ambitious idea yet for the FX anthology series: a prequel about the origins of the gangster families that ran Kansas City in the 1950s, pitting Italians against Blacks, which explains the formation of the Midwest crime syndicate in the current timeline. And, for the crucial visual look, Emmy-winning cinematographer Dana Gonzales (who directed four episodes) created a colorful Kodachrome look for the period aesthetic.

“I talked about the look for a year with Noah,” Gonzales said. “We briefly discussed shooting it black-and-white. To me, there was something interesting about mug shots and photography at that time because criminals used to ham it up. That’s how the mugshots derived [from a monochrome look in Season 4]  — there’s a pride there. But it seemed right to do Kodachrome as the main narrative look since this was the ’50s. It informed how we would shoot the show.”

Yet it required a long, involved process of reverse engineering, both on set and in post, to achieve a natural Kodachrome look with saturated colors that popped and with great contrast so you could look deep into the shadows with lots of diffusion. Gonzales also chose to shoot Season 4 for the first time in large format with the Alexa mini LF camera and with longer lenses, which worked so well on “Legion.” “We were in Chicago [doubling for Kansas City] and we earned it,” he said. “We were able to capitalize on those locations and colors, and it would help the period and for capturing the diversity of the large cast.”

It had to be done digitally, though, because Kodachrome film was discontinued in 2010 with the rise of digital cameras and because of its complex and environmentally unfriendly processing. Kodachrome was black-and-white film that was shot and then processed with color dyes layered in. “That’s why it has the primary colors popping,” added Gonzales, who ran extensive wardrobe and makeup tests, and created a show look up table (LUT) in Resolve software with preset calculations to imitate Kodachrome. “We went on top of the black-and-white and added the colors in,” he continued. “And there was some pretty strong filtration that I did that made no sense visually, but it brought out the richness and contrast you see. We really needed to see how it looked on set. If I tried to do it all later, it would’ve been a disaster, it would’ve looked muddy.”

Gonzales worked closely with the art and costume departments along with post-production to make sure the Kodachrome look didn’t go over the top. And he used lots of fill light so it didn’t get too dark, either. The Alexa mini LF was brand new, but the cinematographer lucked out with getting two prototype Zeiss Supreme lenses to help with the vintage look. “We shot four episodes before they were officially launched,” he said. “They were created to be the best large format lens with qualities that everyone was looking for and great flare characteristics, and they fit the large [camera] sensor.”

Gonzales got the best of both worlds with large format and Kodachrome: capturing powerful expressions in closeups along with beautiful locations in the background. And, with Chris Rock as protagonist Loy Cannon, the leader of the Black syndicate and the inventor of the credit card, he had an iconic presence to both photograph and direct. “I’ve been a huge fan since ‘New Jack City,’ where he showed his dramatic chops,” he said. “He has an altered look with grayish hair but he’s very expressive with his eyes and the way he reacts. You see that from the halfway point on, the weight of what’s happening.” 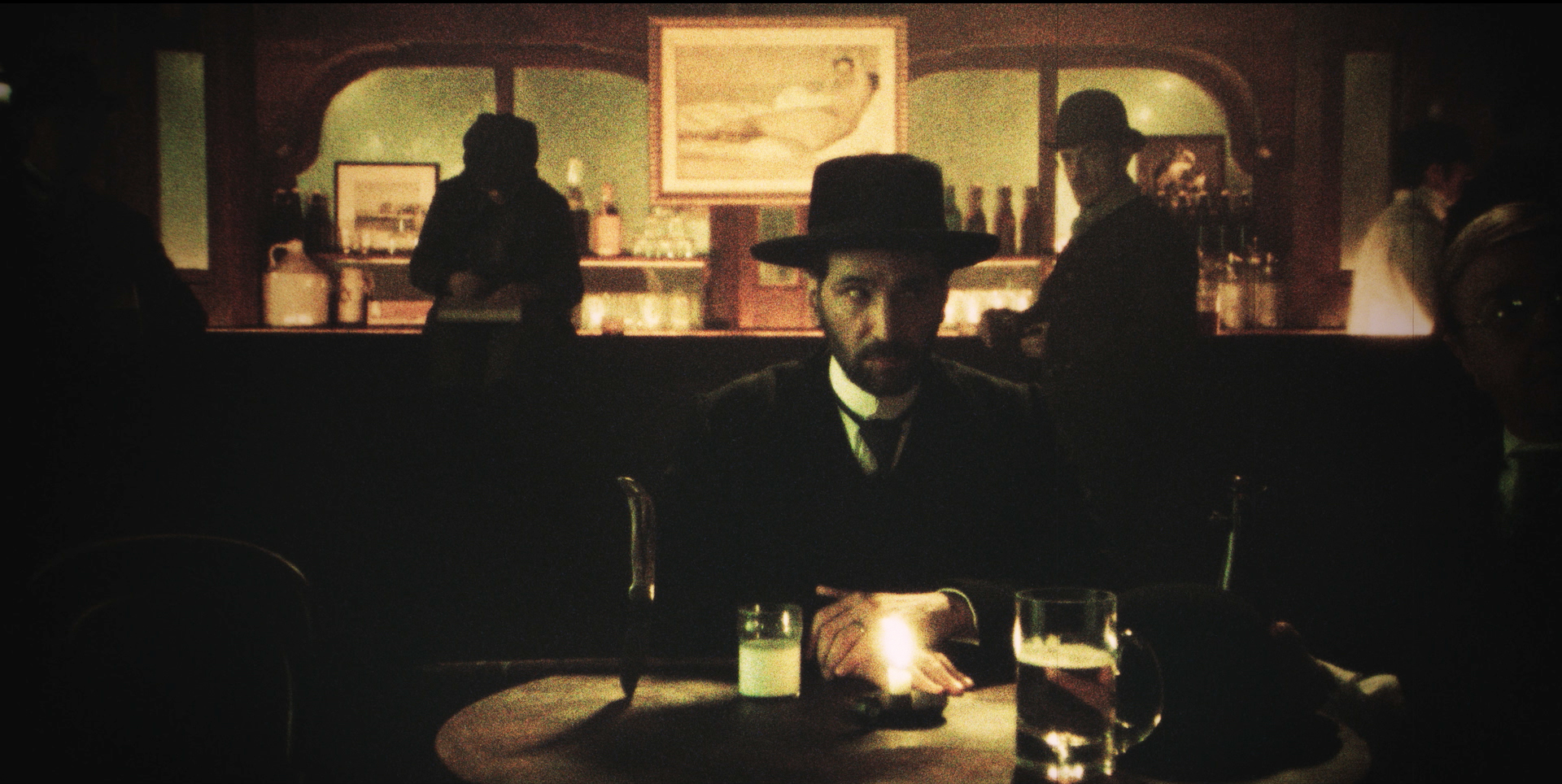 But Gonzales didn’t stop with Kodachrome. For the first episode, he also recreated the look of Autochrome, which was an early color process, with the introduction of the Jewish and Irish mobs in the 1920s and ’30s and their ritual of trading boys from each clan as a sign of trust, and Ektachrome 16mm color reversal for the 1893 flashback of the Jewish Moscowitz family. Thus, the show became a history lesson on the aesthetics of color as well. It turns to Kodachrome for the rest of the story. That is, until it briefly switches to black-and-white for the “Oz”-like Episode 9 (“East/West”). For that, the cinematographer recreated the ’40s look of Tri-x film stock, but with the same lenses. This entailed another aggressive process of reverse-engineering.

“There’s a whole monochrome part of it, and you add colors, the same way I did in Kodachrome, except I added it on set in Resolve and then later in the final,” Gonzales said. “So, by adding or subtracting red or blue, the grays react differently, the wardrobe reacts differently, and the skies react differently. I created three or four looks on set based on that formula and used another color filter on top of that to make certain colors pop. Again, I went heavy on the diffusion.”

Aesthetically, though, Gonzales channeled the post-war look of photographer Robert Frank in his book “The Americans” (with Jack Kerouac). “I liked that grain, contrast, and tonality,” he said. “I wanted to control the image, make that black-and-white look like Tri-x, but you can only do so much in post unless you’re going to throw a lot of VFX at it. I wanted an organic image at the point of conception and to challenge the whole sharpness, resolution of the image and live with that.” 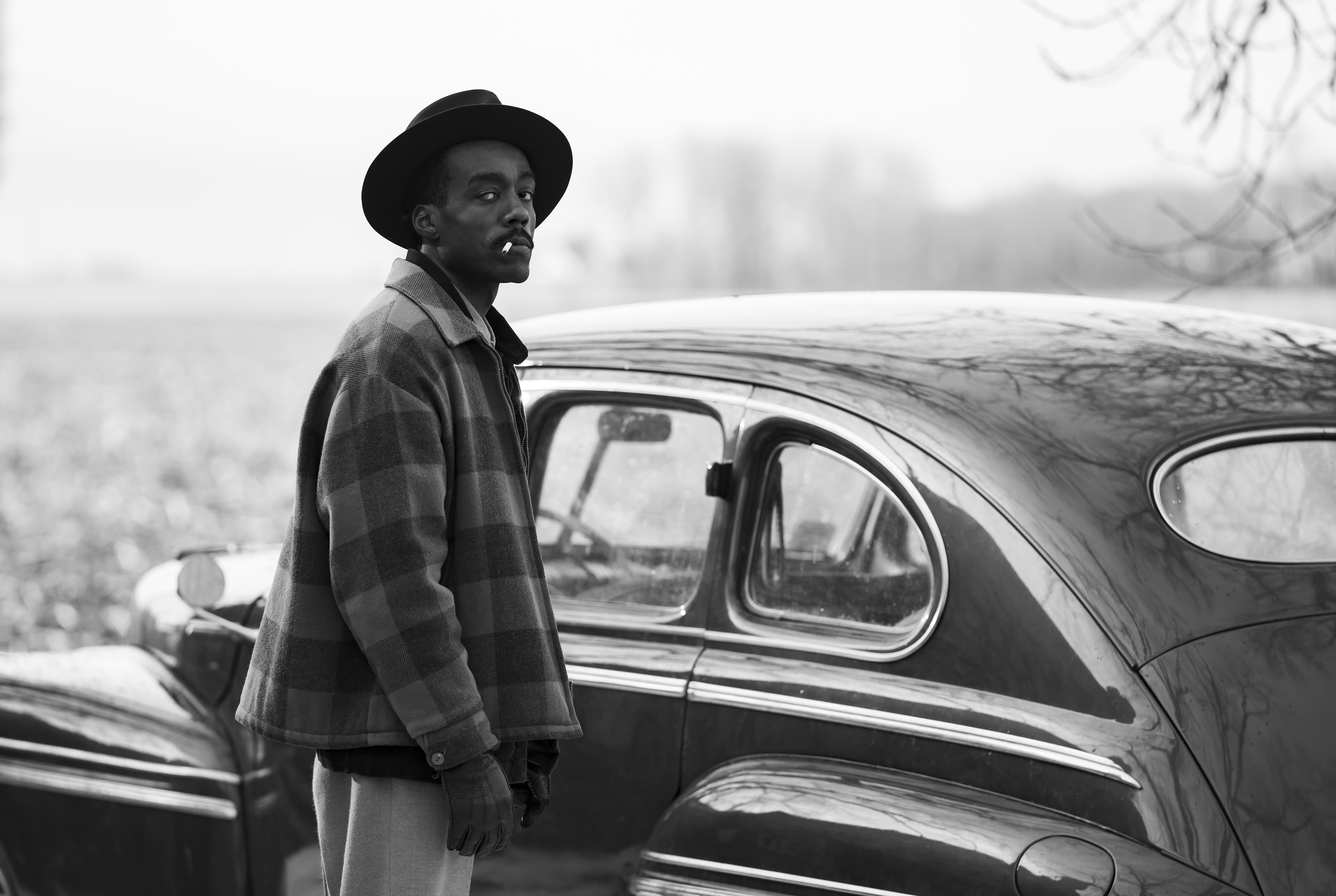 The transition back to Kodachrome at the end of the episode is perfect, with Cannon’s son, Satchel (Rodney L. Jones III), surviving the tornado and walking along the road with his newfound terrier, and stopping to gaze at the prophetic billboard, “The Future is Now.” “What’s so amazing is that the level of black-and-white and then Kodachrome is stunning,” Gonzales said. “It’s the truest-looking Kodachrome I’ve ever seen digitally.”

However, the Episode 11 finale (“Storia Americana”) contains a poignant tag with yet another Kodachrome callback. It involves a flash forward to Season 2’s hit man Mike Milligan (Bokeem Woodbine), which ties “Fargo” back to the 1979 timeline. “This is another beautiful progression to the 1970s,” Gonzales said. “Which was a version of Kodachrome as well, by way of [William] Eggleston. So that whole ending sequence was another breathtaking moment for me. It’s like the ending of a ’70s film. It was an emotional moment because of what we went through this season [with the pandemic lockdown], and it was a visually stunning moment that capped it off in typical ‘Fargo’ fashion. It paid homage to not only the Coen-esque world but also to what we’ve done and one of our most successful seasons.”