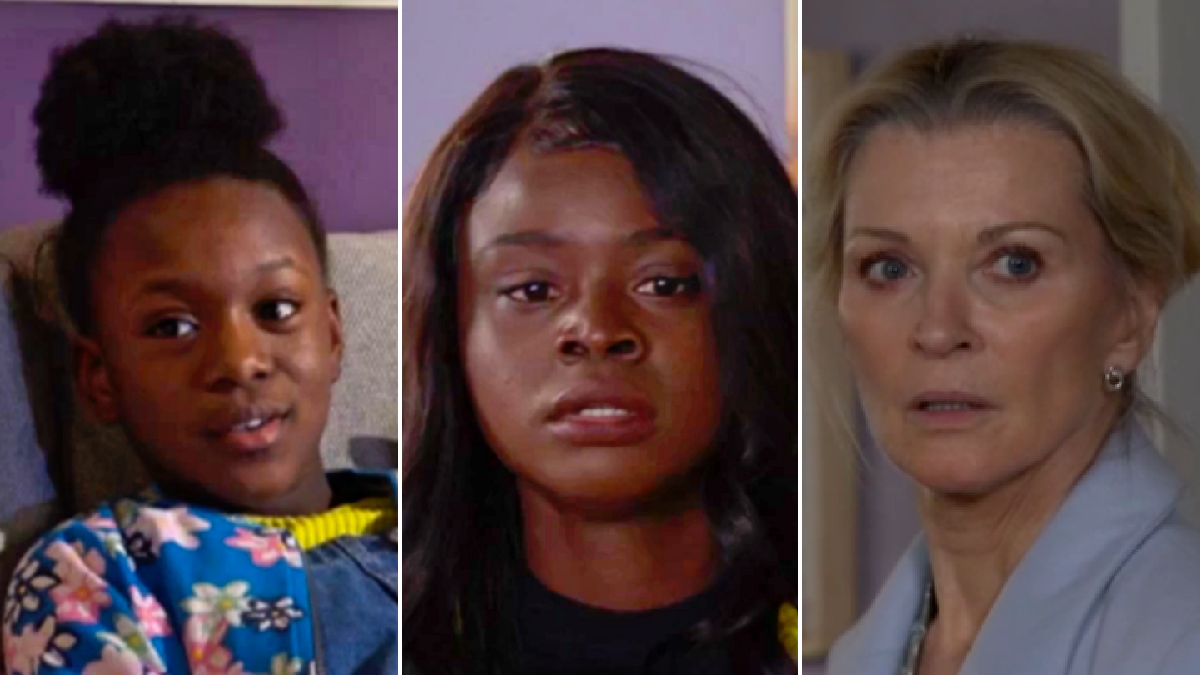 Mila opened to Kathy Beale (Gillian Taylforth) earlier this week about how she was subjected female genital mutilation (FGM) when she was younger, and now she fears Kioni will face the same thing.

Kioni arrived in Walford earlier this week, and Mila was pleased to see her – but she was horrified when she discovered that Nyangi was planning on taking the little girl away on a trip.

She later explained to Kathy that Nyangi isn’t actually taking Kioni away on holiday – she’s taking her abroad to have her undergo FGM.

Kathy was horrified, and tonight’s edition of the BBC One soap saw her have words with Mila regarding her sister – insisting that she report Nyangi to the police.

Mila refused, claiming that her mother is not a monster.

Kioni, meanwhile, was left in Bobby Beale’s (Clay Milner Russell) care, but – when she realised Bobby was due to meet Dana – Kioni told him to leave her on her own.

Kathy and Mila later returned to find Bobby alone, as he explained that Kioni was bored and therefore rang her mum to come get her.

Mila and Kathy feared the worst.

Will they be able to find Kioni and stop Nyangi?

EastEnders continues on Friday at 8:35pm on BBC One.