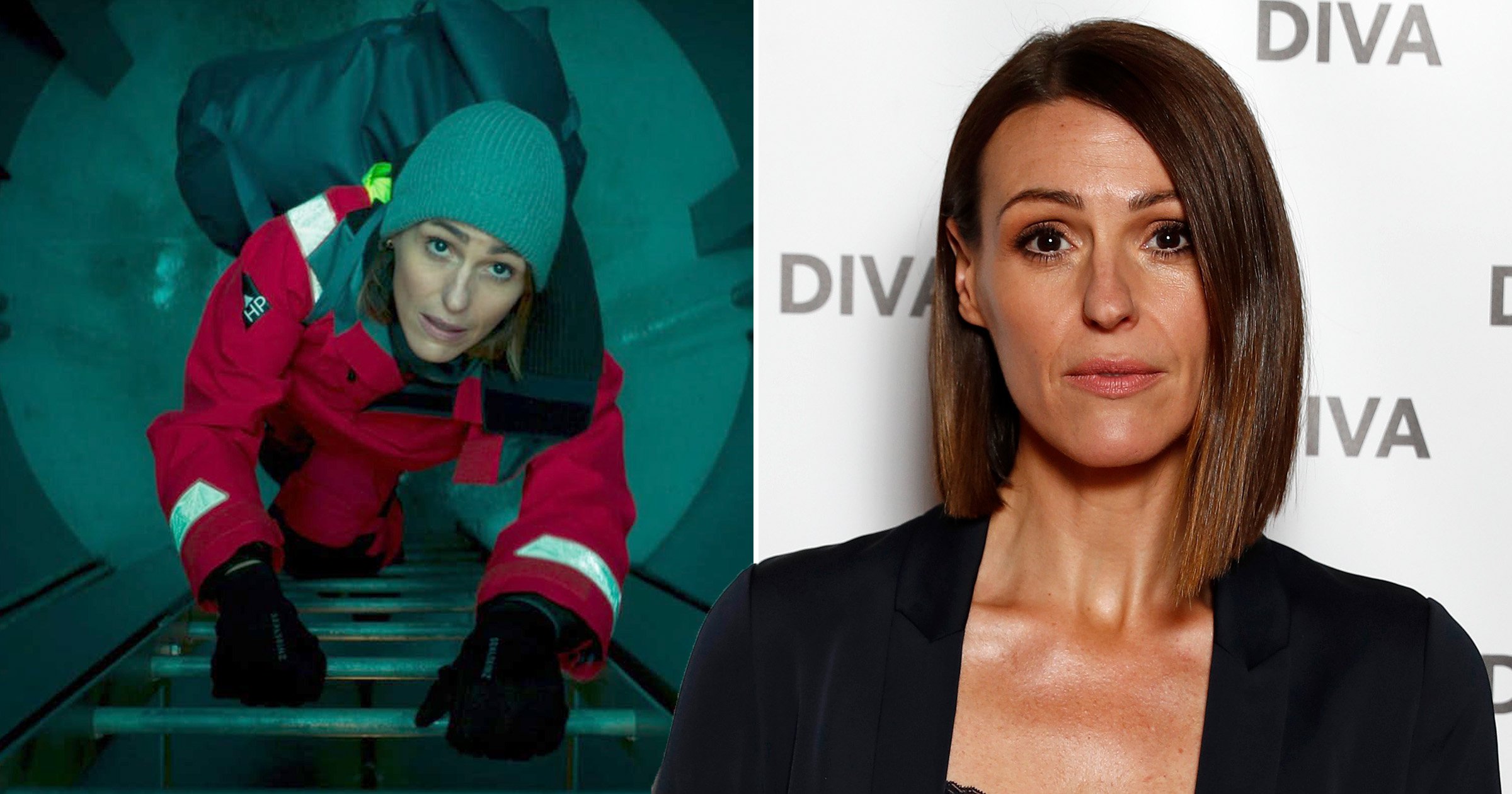 Suranne Jones is introduced as DCI Amy Silva in a brand new trailer for the BBC’s upcoming submarine thriller Vigil.

The Doctor Foster star, 41, plays a detective who leads an investigation into a conspiracy that threatens the very heart of Britain’s nuclear deterrent after there is a death on board a Trident nuclear submarine.

The series, from the makers of Line Of Duty and Bodyguard, sees the police in conflict with the Navy and the British security services after the mysterious disappearance of a Scottish fishing trawler and the death on-board the HMS Vigil.

Suranne can be seen in the trailer alongside Game of Thrones star Rose Leslie, 34, who plays DS Kirsten Longacre.

In the new promo, Suranne’s character Amy is asked: ‘How are you in confined spaces’ before she is seen on-board the submarine after being lowered into the vessel at sea by helicopter.

Investigating the scene, she says: ‘I think this is murder,’ to which one of the crew tells her: ‘If you are asking who is capable? Anybody.’

Watch the brand new trailer for #Vigil – coming later this year to @BBCOne and @BBCiPlayer. pic.twitter.com/gzWaMN7nzq

Rose’s character DS Longacrew can be then be heard saying : ‘This was a co-ordinated attack,’ as she is told: ‘Everybody knows it’s a cover-up.’

When Amy is told: ‘This is a staggering act of hostility,’ she declares: ‘But we’re not at war,’ to which she is told: ‘That is an illusion, we have always been at war.’

The trailer will premiere on BBC One after the England v Ukraine Euro 2020 quarter-final match on Saturday night.

It was set and filmed in Scotland and was directed by Bafta-winner James Strong, and Isabelle Sieb.

Thriller fans were given a first look at Suranne in character when stills from the show were released in August last year.

Filming of the drama was halted due to the Covid-19 pandemic but it has now been confirmed Vigil will air later this year.