Toward the end of “Five Days at Memorial,” a character offers their sympathy by saying “I can imagine what you went through.” It’s an effort to make a human connection, even when discussing the details of an unthinkable set of circumstances. The other person’s response is simple: “Oh no, you cannot imagine. You have no idea.” It’s an indicative exchange for this Apple TV+ series, not just because it lays plain the emotions involved, 17 years later. It’s that the show is trying to embody both sides of the conversation at once.

Over eight episodes, “Five Days at Memorial” does its utmost to faithfully recreate the conditions of a hospital in the aftermath of Hurricane Katrina, effectively cordoned off from a rescue effort struggling to help any neighbors, too. Yet, in those moments of merely recreating the look and the feel of new Orleans’ Memorial Medical Center over those days in September 2005, the show strives for a kind of operatic pitch that bridges the gap between the recognizable and the unthinkable. It’s a combination that mostly works, but sometimes becomes as murky as the real-life saga it’s trying to honor.

There’s an uneasy relationship to the past here that runs through the series’ opening episode, bookended by a heavy amount of 2005 archival news footage of the hurricane and CGI recreations of distinct periods of the storm itself. In a different kind of project, this would be helpful (if sometimes excessive) context. Given what follows in the rest of the series, though, it seems at odds with the dramatic power of following what happens in a self-contained area at Memorial. It’s as if the tangible, raw emotion that “Five Days at Memorial” captures from inside the hospital is somehow insufficient. 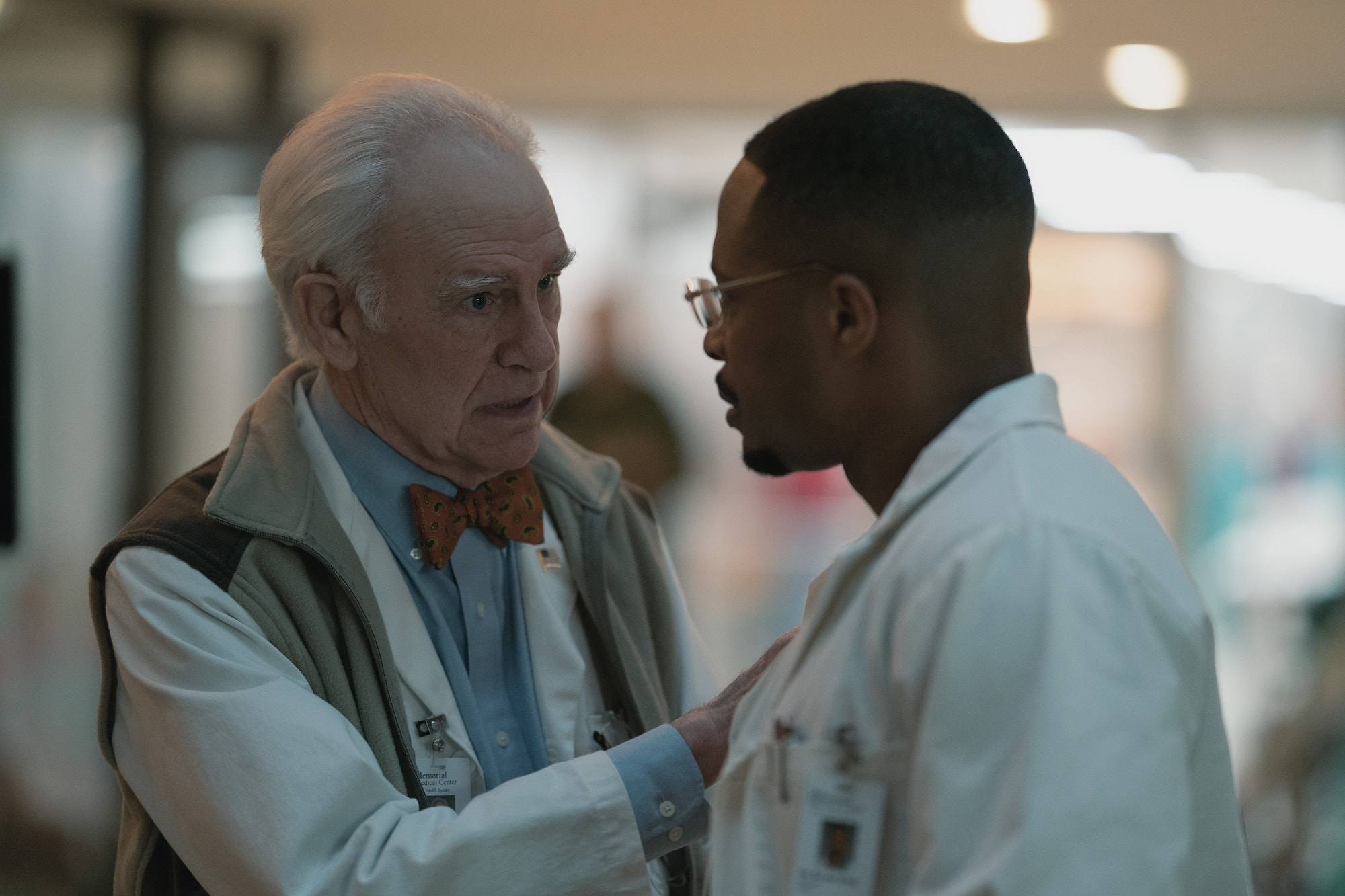 Though those stylistic flourishes can range from distracting to overblown, what series co-creators/writers/directors John Ridley and Carlton Cuse do manage to explore over these eight episodes is to take a tragedy and zero in on how exactly a disaster can escalate out of control, even if all the individual steps seem manageable. Beyond the visceral terror of doctors and patients seeing floodwaters rise outside their window, “Five Days at Memorial” highlights the doctors and caregivers — like Dr. Anna Pou (Vera Farmiga), Dr. Horace Baltz (Robert Pine), Dr. Bryant King (Cornelius Smith Jr.), and nurse Karen Wynn (Adepero Oduye) — as outside conditions threaten the efficacy of their jobs.

Not content to rest on simply reconstructing a catastrophe, the greatest value of “Nine Days at Memorial” lies in interrogating how a narrative can form around a tragedy. Overheard bits of radio and TV broadcasts offer slivers of how widespread misinformation in the days after Katrina did damage that the years since have only begun to repair. (The Vann R. Newkirk II-hosted podcast “Floodlines” addresses this in particularly insightful ways.) There is a spirit of resilience to be found in the story of what happened at Memorial, outlined by Sheri Fink in her acclaimed 2013 book “Five Days at Memorial: Life and Death in a Storm-Ravaged Hospital.” But there’s a way that highlighting valor can often be used to paper over severe shortcomings in a time of crisis. This series, though inelegant at times, avoids that trap by embracing the messiness required to put those choices and mistakes into perspective. Though “Five Days at Memorial” certainly doesn’t shy away from the grimness of a hospital slowly losing its resources and being effectively cut off from the outside world, its strongest insights are into the idea of institutional collapse. Messages get distorted, rumors metastasize, and communication degrades with each step away from the skies clearing up.

There’s also an effort here to give a patient’s-eye view inside the hospital, too. Addressing the toll taken by staff, patients, and those sheltered in place with each, “Five Days at Memorial” first sets out a scenario where the storm seems to level out everyone’s fates. Both the main hospital and LifeCare, a specialized facility renting space on an upper floor, initially face the same uncertainty about transferring and evacuating patients in the immediate wake of the hurricane. Traditional expectations would have them all bound by a need to pool resources and make a concerted effort to band together as rescue attempts are stalled. A gutting turn of the series is seeing those fates start to diverge, as certain priorities are reshaped, either consciously or by forces well beyond what they can see through broken windows.

Where the series sometimes slips is in moving away from that grounded insight. At times, some of the flashbacks in “Five Days at Memorial” take on the visual markers of a conspiracy thriller, with the camera up tight on sweating faces of people coming to terms with decisions made in the hierarchies above them. Walking through the abandoned wreckage, one character proclaims, “What happened here is something no human being should have to experience.” It’s in the service of getting at the emotional extremes that come with the unthinkable, but there are points when Ridley and Cuse feel like they’re overcompensating. “Five Days at Memorial” often strives for a level of urgency beyond life-and-death, in a way that can overshadow the potent survival story its cast is telling more effectively in smaller strokes. 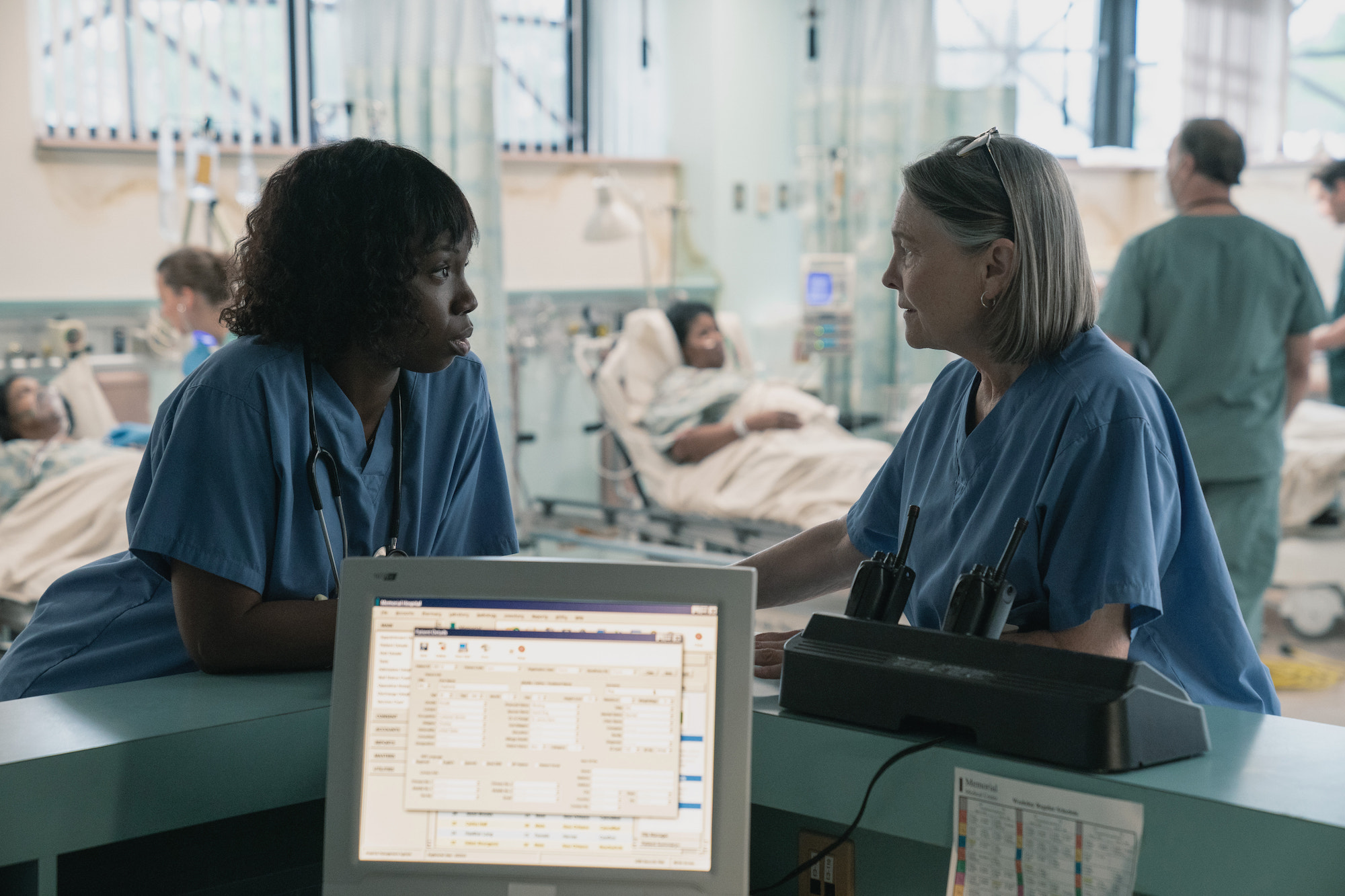 The standouts in this ensemble are those who are able to seamlessly work those grand pronouncements into the fabric of their performance. In particular, Cherry Jones’ (playing hospital incident commander Susan Mulderick) becomes the fascinating trajectory against which the rest of the series also bends. Her pathway from good-humored calmness to barely staving off despair shows how the Memorial staff were overwhelmed, in ways that don’t always require her to make the grave subtext of each new development into text. As LifeCare administrator Diane Robichaux, trying to offer reassurance and support even as the roof above her is starting to crumble, Julie Ann Emery also shows a similar amount of impressive restraint. Both manage to keep the burden of the situation bottled up, all the way through to the end when the people they’re playing had little else (or opportunity) left to give.

The first five episodes of the series chart one day each in that September 2005 aftermath. The rest of “Five Days at Memorial” gets the chance to do what few dramatizations have room to do: reexamine its own findings. In addition to being a cautionary tale — as so many other Katrina-related stories are — about the necessity of resources, preparation, and communication to strengthen institutional response, this is a series with its own questions about what constitutes heroism. It toys with assumptions about who will be affected and how. It raises the dangers inherent in a labyrinthine privatized healthcare system without painting everyone in the medical field with the same brush.

It also arrives at a deliberately untidy conclusion about the nature of accountability. Each person in this version of events sees Memorial as the site of a wound that’s still open. For each, there’s a lingering injustice still yet to be accounted for. Especially in a series where so many are quick to make unspoken ideas glaringly explicit, leaving on a note of that lack of resolution decades later might be its most powerful statement.

The first three episodes of “Five Days at Memorial” are now available to stream. Additional episodes will be released every Friday through September 15.