EXCLUSIVE: Fox is continuing its adult cartoon push and is looking at new ways to move the storyboard.

The network is set to launch a number of high-profile animated series over the coming months including Dan Harmon’s Krapopolis and Jon Hamm-voiced Grimsburg as part of a four-show, two-hour animated block on Monday nights from May 2023.

But it’s also got a couple of other irons in the fire including a push on animated drama series, a slew of animated comedy projects in the works and is in the middle of renewal talks over its long-running series The Simpsons, Family Guy and Bob’s Burgers.

Krapopolis, the ancient Greek comedy from Rick and Morty co-creator Harmon, is to launch with a preview on November 27 ahead of its full roll-out next May. The series, which is Fox’s first fully owned animated series, centers on Tyrannis, voiced by Richard Ayoade, the mortal son of a goddess and benevolent King of Krapopolis, one of the world’s first cities in ancient Greece. Hannah Waddingham plays Deliria, Tyrannis’ mother, goddess of self-destruction and questionable choices, while Matt Berry is Shlub, Tyrannis’ father, a mantitaur.

'The Big Deal': U.S. Version Of Irish Variety Competition Series In The Works At Fox As 'Fame Or Fortune'

Fox President of Entertainment Michael Thorn told Deadline that it will bridge the gap between November and May with a series of digital content drops as well as blockchain business, designed to carry into the summer block on Monday nights, where it will be joined by Grimsburg, a comedy about a misanthropic detective.

The block will also include the second season of therapy dog comedy Housebroken, which features the voices of Lisa Kudrow, Clea DuVall, Nat Faxon and Will Forte, as well as repeats of its other animated series including possibly episodes of Duncanville, which was canceled by Fox after three seasons. The remaining episodes of season three of Duncanville are set to premiere on Hulu in October. 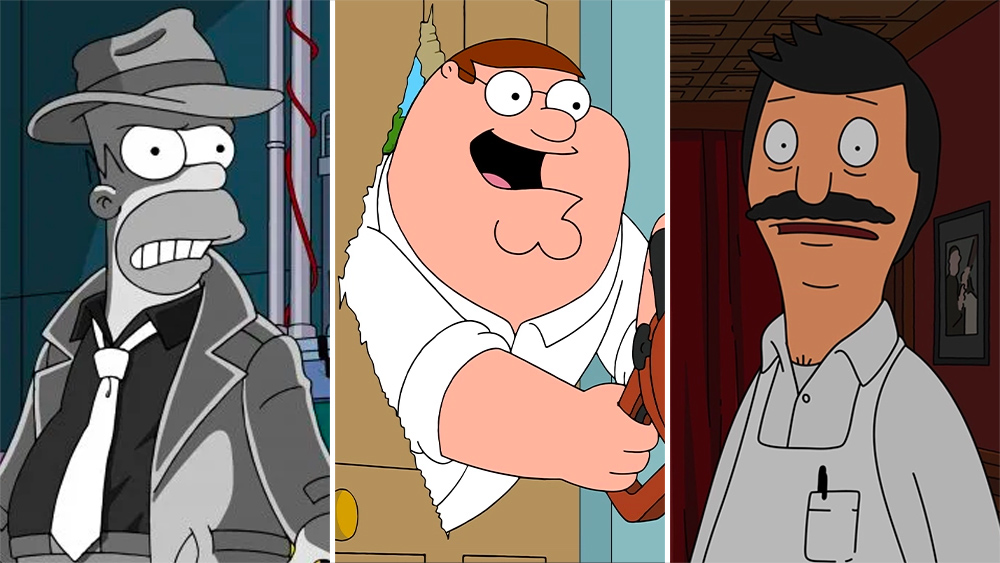 The Monday block is designed to complement Fox’s long-running Sunday night Animation Domination segment, which features shows such as The Simpsons, Family Guy and Bob’s Burgers.

Family Guy returns for its 21st season and Bob’s Burgers is back for its 13th season in September, while The Simpsons, which has handed a two-season renewal in March 2021, runs through at least 2023.

Thorn told Deadline that Fox is in renewal discussions on all three shows with Disney Television Studios’ 20th Television Animation. “We are still talking to them and I think those shows will be on the air along with our new animation, for the next couple of years, but we’re still in conversations right now about those,” he said.

Last year, Deadline revealed that the network was developing an animated series based on Robert C. O’Brien’s Rats of NIMH book series.

This project, which comes from Fox Entertainment and MGM’s Orion Television, will be joined by an animated take on His Majesty’s Dragons, a fantasy novel by Naomi Novik, Deadline can reveal.

The series, which is in development and has received a script commitment, is set during an alternate-history version of the Napoleonic Wars, in which dragons not only exist but are piloted like skyships and choose their own masters.

The series centers primarily on events involving titular dragon Temeraire and his handler, Will Laurence.

Ben Queen, who created and ran NBC’s A To Z and DC comedy Powerless starring Vanessa Hudgens, will write and exec produce the project. He has plenty of animated experience, having spent five years working directly with John Lasseter at Pixar, where he received sole screenplay credit on Cars 2 and shared credit for the third movie. He is repped by Verve, Anonymous Content and attorney David Weber.

Published in 2006, it won the 2007 Compton Crook Award for best novel in the science fiction/fantasy genre by a first-time author. Novik, who is repped by Cynthia Manson Literary, attorney Matt Sugarman and APA, will be a consulting producer on the project.

Thorn said, “On those will probably use a few scripts and visual development and animation tests. We’re going to try to really push the type of animation that we’re known for visually with some of the animated drama development that is starting to come into focus. My hope is, within the next year, we’ll be ordering one of those.”

The drama push as it continues to have a slew of comedy projects in various stages.

Elsewhere, The Simpsons veteran Tim Long is co-writing and showrunner on Bloom County, an animated series based on Berkeley Breathed’s 1980s comic strip.