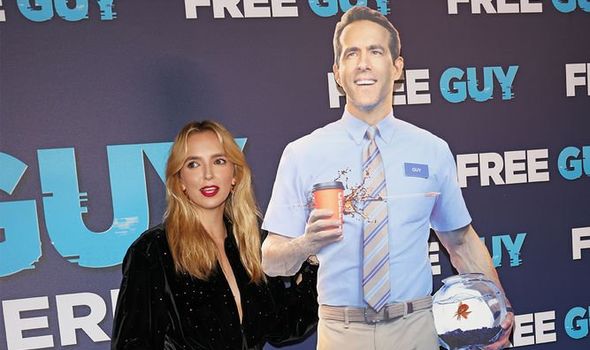 Like countless mornings before, Guy (is this his name, or is he a more generic kind of ‘guy’?) will pull on the same blue shirt, order the same coffee and go to work in the same bank.

Even the arrival of the daily armed robber doesn’t faze the happy-go-lucky bank teller. As he’s ordered to lay on the floor, he keeps chatting to his security guard best pal (Lil Rel Howery).

Guy, as a minor Non Player Character (or NPC) in a Grand Theft Auto-style video game, is a simple soul with very simple needs. That’s until he breaks his programming by stealing a human avatar’s sunglasses.

Now, he can see what the players see. Now the streets are packed with neon icons signalling missions, medical kits and power-ups.

You don’t need a pair of magic specs to see what powers Free Guy, which has elements of Wreck-It Ralph, Westworld, The LEGO Movie, The Truman Show and Ready Player One hard-coded into its set-up. There is a touch of déjà vu about Guy too. He is supposed to be a naive everyman, but Reynolds can’t resist delivering winking Deadpool-esque one-liners.

Still, there’s something reassuring about its familiarity. Director Shawn Levy (Night At The Museum) isn’t reaching for clever satire – he sticks to crafting a crowd-pleasing blockbuster.

It’s amusing, spectacular and weirdly romantic. It moves at such a clip you don’t notice that not a lot of it makes sense.