Shocking scenes saw Daenerys’s dragon destroy the city as she transformed into the Mad Queen in front of Jon Snow’s (Kit Harington) eyes.

Fans of the HBO series were treated to aerial shots of the city as smoke covered the once beautiful landscape.

The shots were taken from the Red Keep where Cersei Lannister (Lena Headey) has ruled from her tower.

Over the eight seasons, fans have seen the view from the tower numerous times through the Lannisters’ eyes who have ruled.

However, one eagle-eyed Reddit fan has spotted how the view has changed significantly from season six to the shot in season eight.

Reddit user BelgianVictim brought to attention in season eight there is a huge change in the landscape that can only be explained by an error made by producers.

The season eight shot shows the mountains towering over King’s Landing had suddenly disappeared from two seasons before.

Fans were shocked by the massive mistake and replied to the post. 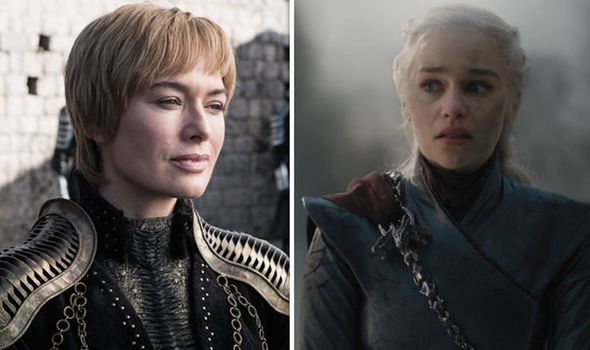 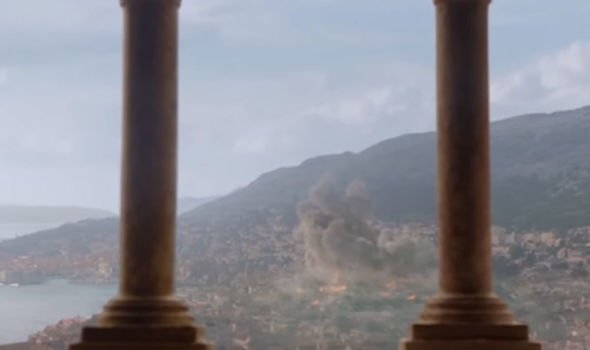 The mountains are just hiding behind that thick cloud of disappointment

Another added: “To be fair, there are a lot of things they f****d up that were pretty easy to get right.”

A third fan took a swipe at the show in their analysis: “The mountains are just hiding behind that thick cloud of disappointment we see in the season eight, episode five shot.”

Another fan brought up past blunders: “I also think that the plastic bottle, coffee cup and Jaime’s hand were just left in the end out of laziness. How on earth they made it to the final cut I have no idea.”

Season eight was littered with blunders and fans have been quick to point them out.

Another continuity error was from the series finale after Daenerys had taken King’s Landing. 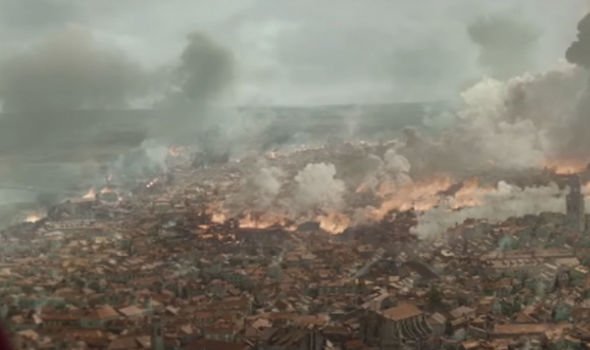 Jon told Grey Worm (Jacob Anderson) he was going to speak to Daenerys after he is disgusted by her butchering of the King’s Landing citizens.

Meanwhile, there will be a prequel spinoff of the show and there is a huge hint that Melisandre (Carice van Houten) could crossover.

Game of Thrones is available on Sky Atlantic and NowTV.