Game of Thrones may be over for good but that hasn’t stopped viewers from theorising about the extensive HBO show.

A new clue has emerged suggesting Sansa Stark (played by Sophie Turner) could have actually been responsible for the fate of Daenerys Targaryen (Emilia Clarke).

It all boils down to a tense season in season eight, episode two, titled “A Knight of the Seven Kingdoms”. During the thrilling instalment, the two fiery females came face-to-face.

The scene didn’t go too well for either as they tried to get one up on each other, however, it can be argued that Daenerys came out on top after refusing to back down on her attempt at getting the Iron Throne.

Reddit user Athletic_Frank said: “I thinks it’s so bad**s that Sansa channels a lot from all her teachers in this scene.

“I think Sansa begins to play Littlefinger’s game when Dany mentions Jon. She wants to know Dany’s motives so she assumes the worst (the worst being Dany is manipulating Jon and that is why Sansa says ‘men do stupid things for women’) and it works.”

They continue: “Dany responds with ‘My whole life I have known one goal: the Iron Throne’ (which I think that statement in and of itself is a red flag to Sansa because she has known other people with the same motivations).

“Dany says her sole purpose was the Iron Throne and that her sole reason for being there was her love for Jon, trying to manipulate Sansa to think she’s being honest.

“Sansa sees through Dany, that Dany is trying to manipulate her which confirms Sansa’s suspicions. Dany is speaking some truth that she does love Jon and that is part of the reason why she’s there but it is not the sole reason but Dany is acting like it is to trick Sansa.”

They go on to say Daenerys is trying to get Sansa on side, knowing the influence she has with the North, however, Sansa also can see right through her.

Despite being incredibly strong and intimidating, Sansa doesn’t allow herself to be taken over by the Morther of Dragons as she actually holds the key to the latter’s successful conquest. 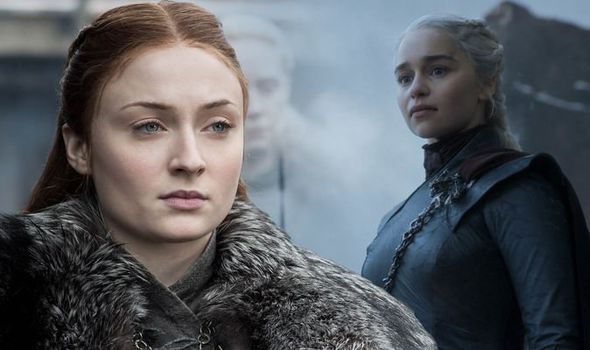 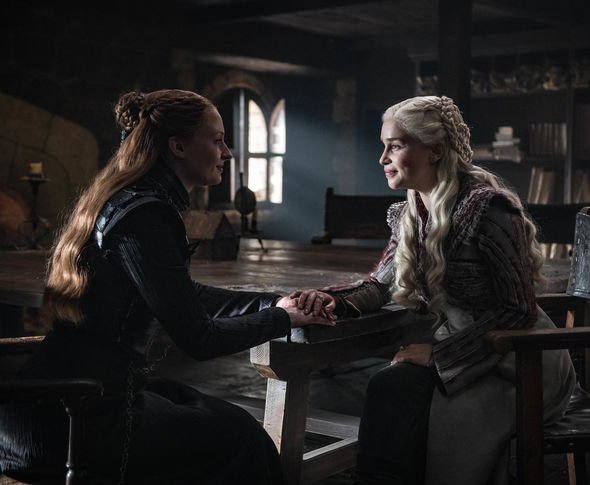 The Reddit author continues: “She makes Dany think that Dany has successfully manipulated her.

“She does what Margaery does and chuckles and warms up to Dany by admitting a fault that she should’ve said thank you when Dany arrived to draw Dany in, and at the moment Dany thinks she has Sansa within her grasps, the moment that Dany thinks she has Sansa on her side, Sansa drops the bomb about the North’s independence like Olenna or Cersei would and Dany loses control and her true colours just bleed out as clear as day.”

Daenerys then gets it in her head she is on the losing side and thus turns to drastic measures to get the Iron Throne.

Yes, her descent into madness had been prophecised early on, but it’s this moment she becomes utterly ruthless.

Thankfully, it was Sansa’s experience with previous tyrants that goes some way to showcasing just what a brute she is.

The now Queen of the North arguably went some way to transforming Daenerys into the Mad Queen, desperate to get power despite all of her adversity. 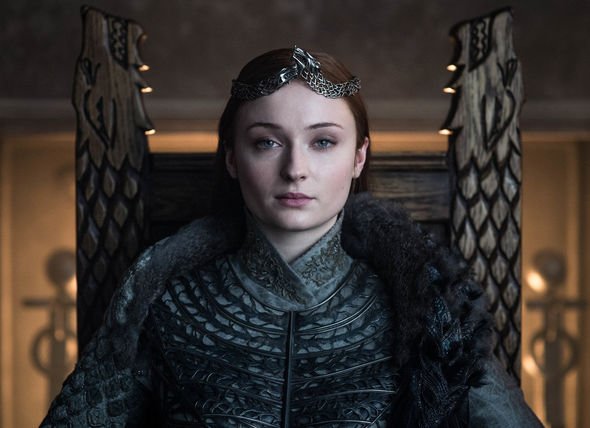 The Reddit user concludes: “Such an awesome scene between two powerful characters trying to up each other in the game but unfortunately Dany doesn’t have the experience like Sansa and she doesn’t know how the game is played.

“Sansa makes Dany look like a fool. Sansa knows Dany for who she is now and Dany is only further away from where she was before.”

Meanwhile, director Miguel Sapochnik has opened up on why Daenerys was out of shot for most of episode five where she burned King’s Landing to a crisp.

He discussed how that episode was about others’ reactions to the shocking moment, meaning Daenerys’ appearance was actually unnecessary.

Game of Thrones is available on digital download now.