PANICKED Good Morning Britain's Susanna Reid and Ben Shephard were forced to cut-off an animal-rights activist as she began to describe grisly animal killings on the breakfast show.

The debate came after a law to "recognise animals feelings" was introduced in the UK, with the panel debating whether it was time to stop using them for food. 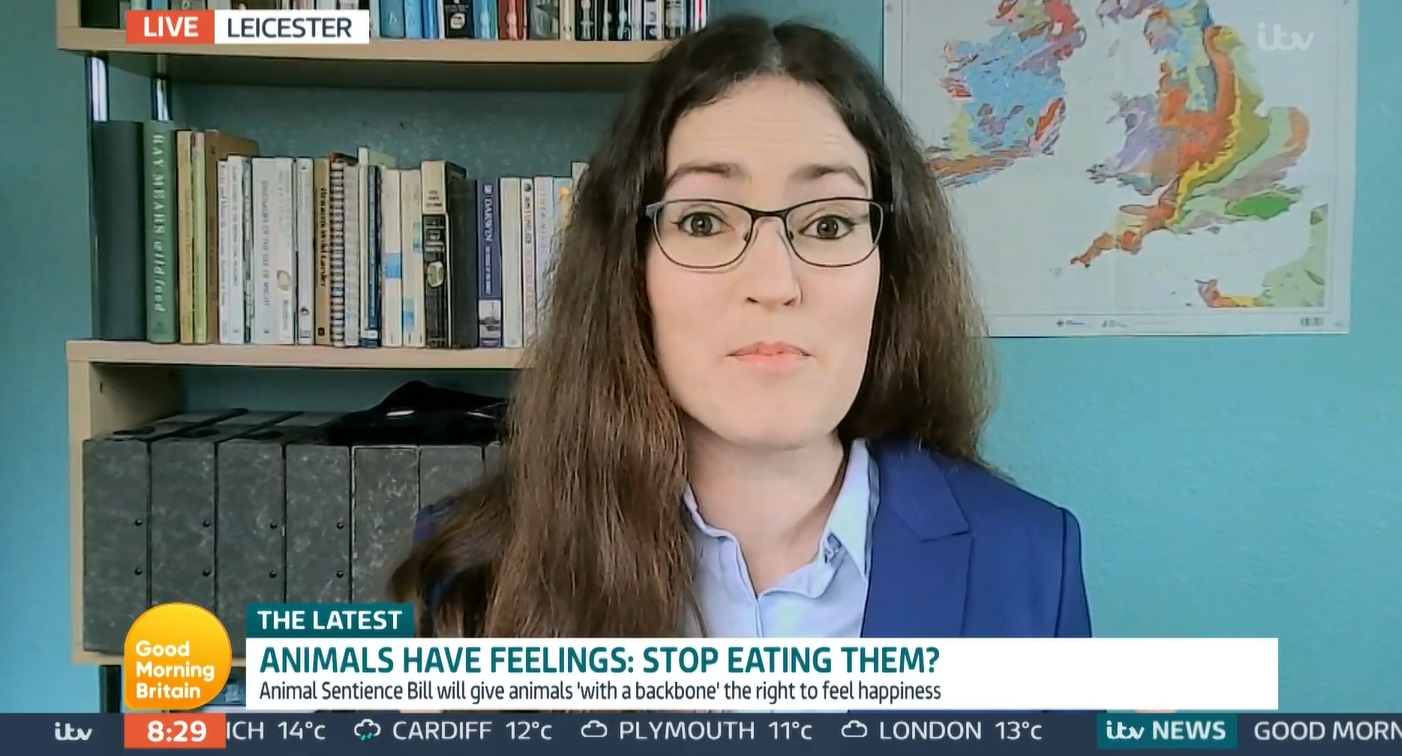 PETA animal rights spokesperson Dr Carys Bennett was passionate in her view that it is inhumane to kill animals – insisting that the law should be extended to include animals that don't have a backbone, including octopus and lobsters.

After comparing lobsters to dogs when she reflected on them being boiled alive, Dr. Bennett went on: "Billions of chickens are killed a year in the UK, their life is just a living hell.

"They're killed at just six weeks old having suffered a super-sized body; they're so heavy their legs break beneath them. They're crammed into crates breaking their wings in the process."

As off-screen murmurs began to be heard from the GMB studio, the activist picked up pace as she continued: "They're shipped off to the slaughterhouse, hung upside down, electrocuted, and their throats are slit." 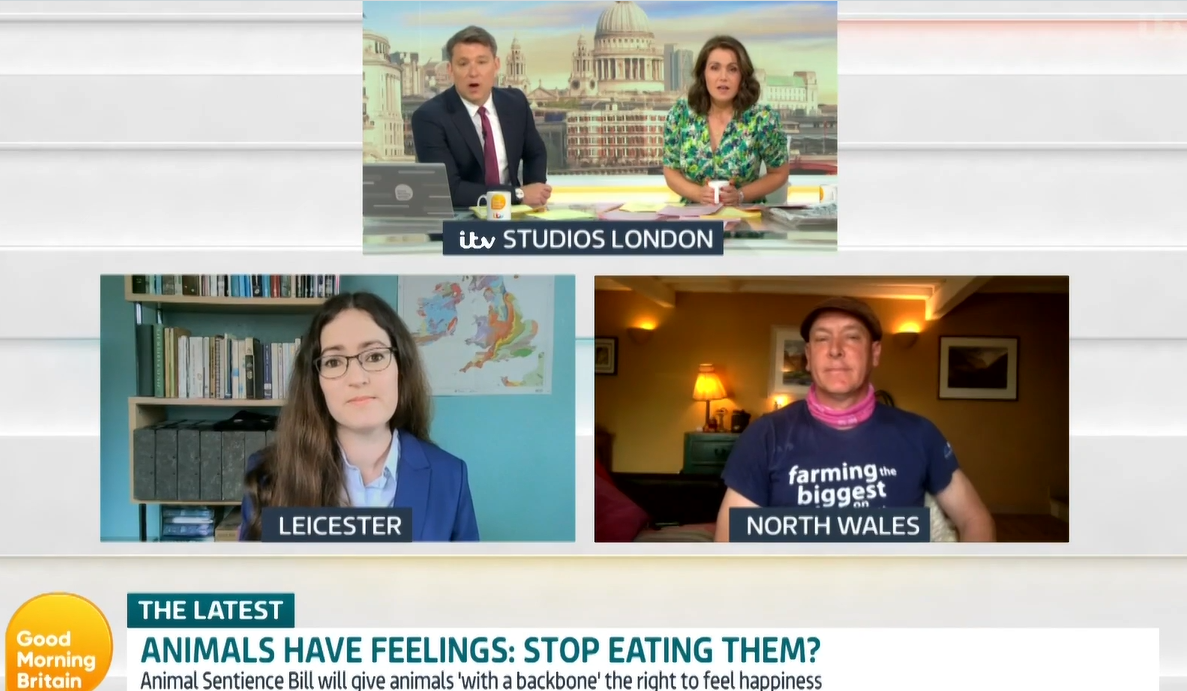 Both Ben and Susanna interrupted, repeating: "Ok, ok", as Dr Bennett asked: "How can this continue?"

Quickly moving the conversation along, the hosts asked farmer Gareth Wyn Jones for his opposing views.

Viewers were divided by the segment, with many slamming Dr. Bennett for her graphic comments, while others agreed that it is time to stop consuming animals. 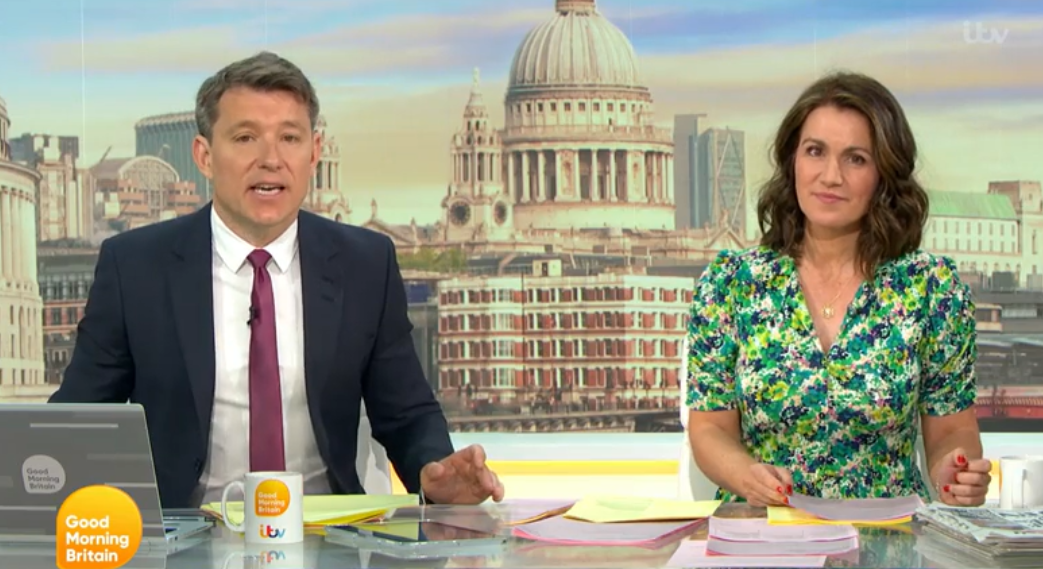 One fumed: "Why did you stop her telling your viewers the truth???? The meat industry is disgusting."

Another echoed: "Obviously a twisted farmer is going to say to eat innocent defenceless animals because they sell them for GREED."