Want the most up-to-date celebrity exclusives sent straight to your inbox every day? Sign up now and join the club!

Former EastEnders star Patsy, 48, “did a Piers Morgan” as she ended her interview early on the ITV morning news show on Wednesday 17 March.

Patsy was upset after she was called an “addict” in the description on the screen as she appeared on the show to speak about her healthy lifestyle – a week after Piers Morgan quit the show.

And now, it’s been reported the ITV show’s bosses have held talks as they’re said to be “concerned” over the show’s “dwindling reputation.

Get exclusive celebrity stories and fabulous photoshoots straight to your inbox with OK!'s daily newsletter. You can sign up at the top of the page.

A show source told The Sun Online: “On Thursday, the GMB production team were summoned to a meeting about the handling of Patsy’s chat.

“Her interview was viewed as a disaster.

“It was made clear to some members of the team that this was a crisis meeting as there were issues that needed addressing quickly.”

But a source has told OK! online the reports of crisis talks are “untrue“. OK! online has contacted ITV for comment.

Patsy cut the chat on the show short as she appeared via video link from her home in Malibu, California.

She then added: “So I’m just going to switch off, do a real Piers Morgan and just say, it’s not okay to have ‘addict to wellness guru’ at the bottom of the screen,” before shutting her laptop.

GMB hosts Susanna Reid and Ben Shephard apologised for the description of Patsy on the screen after she left the interview.

Susanna, 50, added: “I had no idea that was actually on the screen. Well that's a shame. Our apologies to Patsy and yeah, she's entitled not to do the interview and we carry on.”

Later, Patsy broke her silence to share a thought-provoking quote on her Instagram story following the interview.

It read: “Every morning, I have a new opportunity to be come a happier version of myself.” 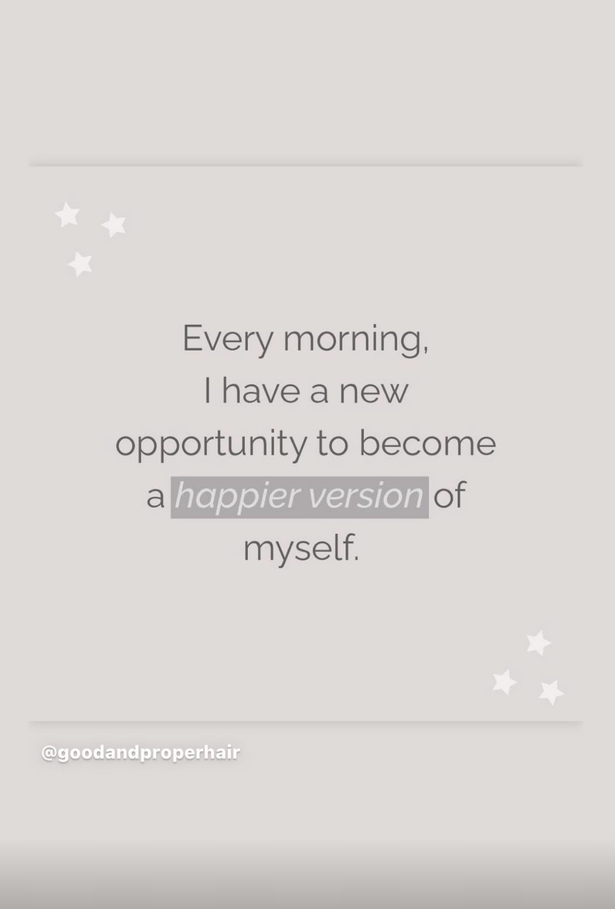 Fans praised Patsy on her Instagram feed for speaking out against the description of herself on GMB.

One person wrote: “Well done Patsy for speaking your mind!” followed by a clapping hands emoji.

Another said: “Well done for standing up for yourself loved that! Totally shut them down x,” alongside four celebration hands emojis.

While a third chimed: “Well done! Never let anyone brand or label u like that!” [sic]