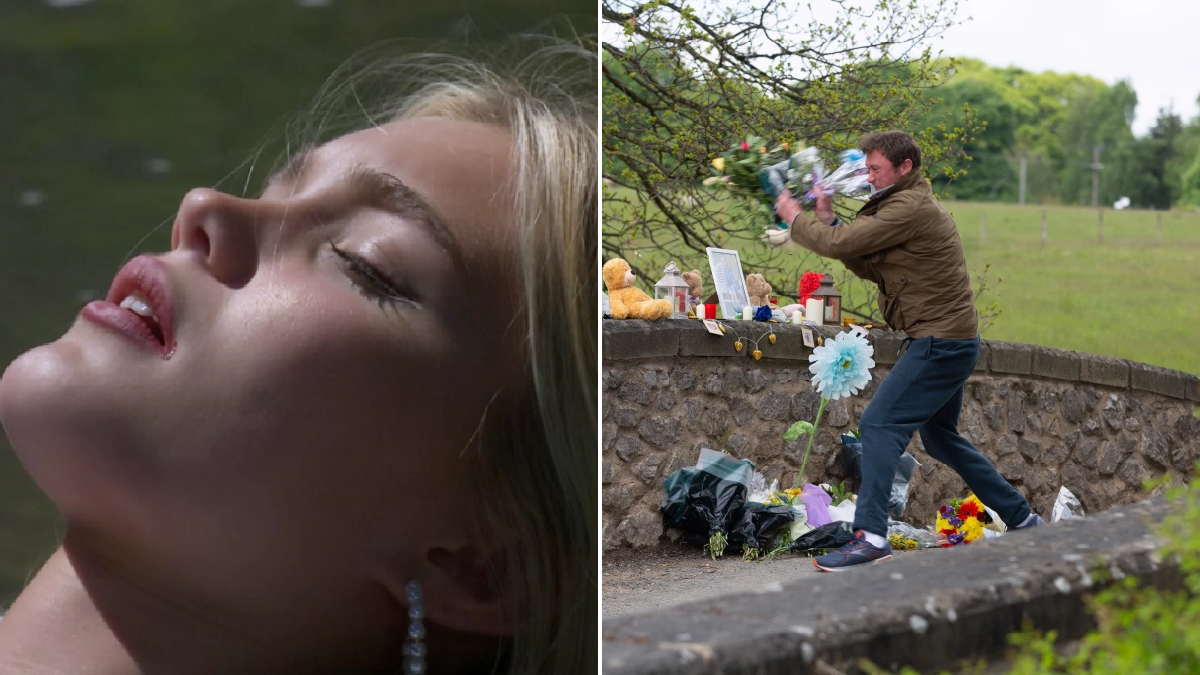 Liam Cavanagh (Jonny McPherson) is set to fall apart in the wake of the tragic death of his daughter Leanna (Mimi Slinger) in Emmerdale.

Rocked by the discovery of her body, Liam falls apart and as Leanna’s friends make an effort to mark her passing, the devastated dad loses it.

Leanna was mercilessly killed by unhinged Meena Jutla (Paige Sandhu) after Leanna worked out she had killed her best friend.

Without an inch of remorse, she left her to die and now those left behind are facing the devastating ramifications.

Next week, Leyla Harding (Roxy Shahidi) tells Meena the police don’t think Leanna’s death was suspicious. Relieved, Meena can’t resist a triumphal smile as she plays with the ring that she pried from Leanna’s lifeless body.

When Gabby suggests a community memorial, they’re all on board. Later at the bridge, Liam becomes angry when he witnesses the start of the memorial.

As Leyla tries to calm him, he blames Liv and Jacob for what happened, while Meena relishes the drama. Overcome with grief, he rips apart the flowers left at the scene.

As Liam falls apart, can he ever come to terms with the huge loss?

And can sick Meena get away with her brutal crime as she savours the grief that is surrounding her due to her actions.