As the Marvel Cinematic Universe (MCU) gears up for Phase 4, Chris Hemsworth’s Thor is the only original Avenger to headline his own upcoming movie. Likewise, the upcoming Guardians of the Galaxy Vol. 3 could be the last time that team hits the big screen. Now one fan favorite teases he could return for the end of writer-director James Gunn’s trilogy. 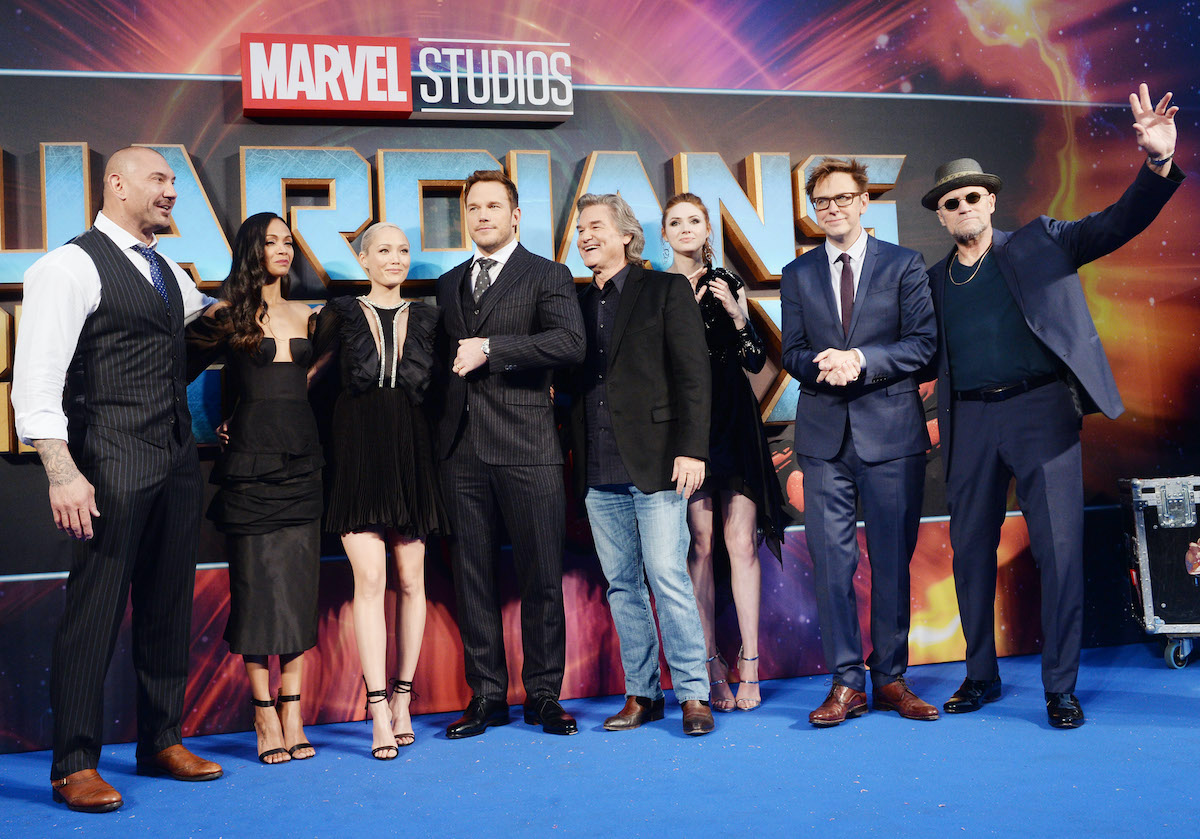 James Gunn will return for ‘Guardians of the Galaxy Vol. 3’

The Guardians of the Galaxy appear in both Avengers: Infinity War and Avengers: Endgame. But in the MCU’s timeline, it’s been a long time since fans saw Star-Lord (Chris Pratt), Gamora (Zoe Saldana), and company. After all, the first film is set in 2014, and the sequel takes place soon thereafter.

But Avengers: Endgame leaves the group  — including a time-traveling pre-Guardians Gamora — in 2023. That gives Guardians of the Galaxy Vol. 3 a lot to cover. The story will also supposedly build on the Vol. 2 tease of Adam Warlock and center on Rocket (voiced by Bradley Cooper). Could writer-director James Gunn fit in one more visit with a deceased fan favorite?

In many respects, Guardians of the Galaxy Vol. 2 builds on the first movie’s themes. But even so, one of its highlights is certainly an expanded role for Yondu (Michael Rooker). Disgraced by the Ravagers, Yondu ultimately joins the Guardians in battle against Ego (Kurt Russell) and sacrifices his life for Star-Lord. Now Rooker tells ComicBook.com he could return as Yondu.

All kidding aside, this is the most positive Rooker has sounded about a potential Yondu return. Previously, he seemed open to appearing in Guardians of the Galaxy Vol. 3 but only as another character. But now he seems like he’s willing to entertain the idea of reprising his fan-favorite role in some form. Right now, it’s unclear if he’ll even have that opportunity.

How could Yondu appear in ‘Guardians of the Galaxy Vol. 3’?

Guardians of the Galaxy Vol. 3 will mark Gunn’s sixth directorial effort, after 2021’s The Suicide Squad. And Rooker has starred in every single movie thus far. So it certainly seems likely Gunn would include his frequent collaborator and close friend if he can find a way to work Yondu into the story. This being the MCU, fans shouldn’t count Rooker out just yet.

Most likely, the solution won’t be something as elaborate as time travel or Yondu’s long-lost twin brother. But after Yondu’s tragic death scene (and the impact it had on Star-Lord), it feels like the kind of loss that would haunt him. Now without Gamora by his side, Star-Lord could reflect on his fallen father figure. In other words, a flashback would fit in nicely.

guardians of the galaxy, movies
Celebrities