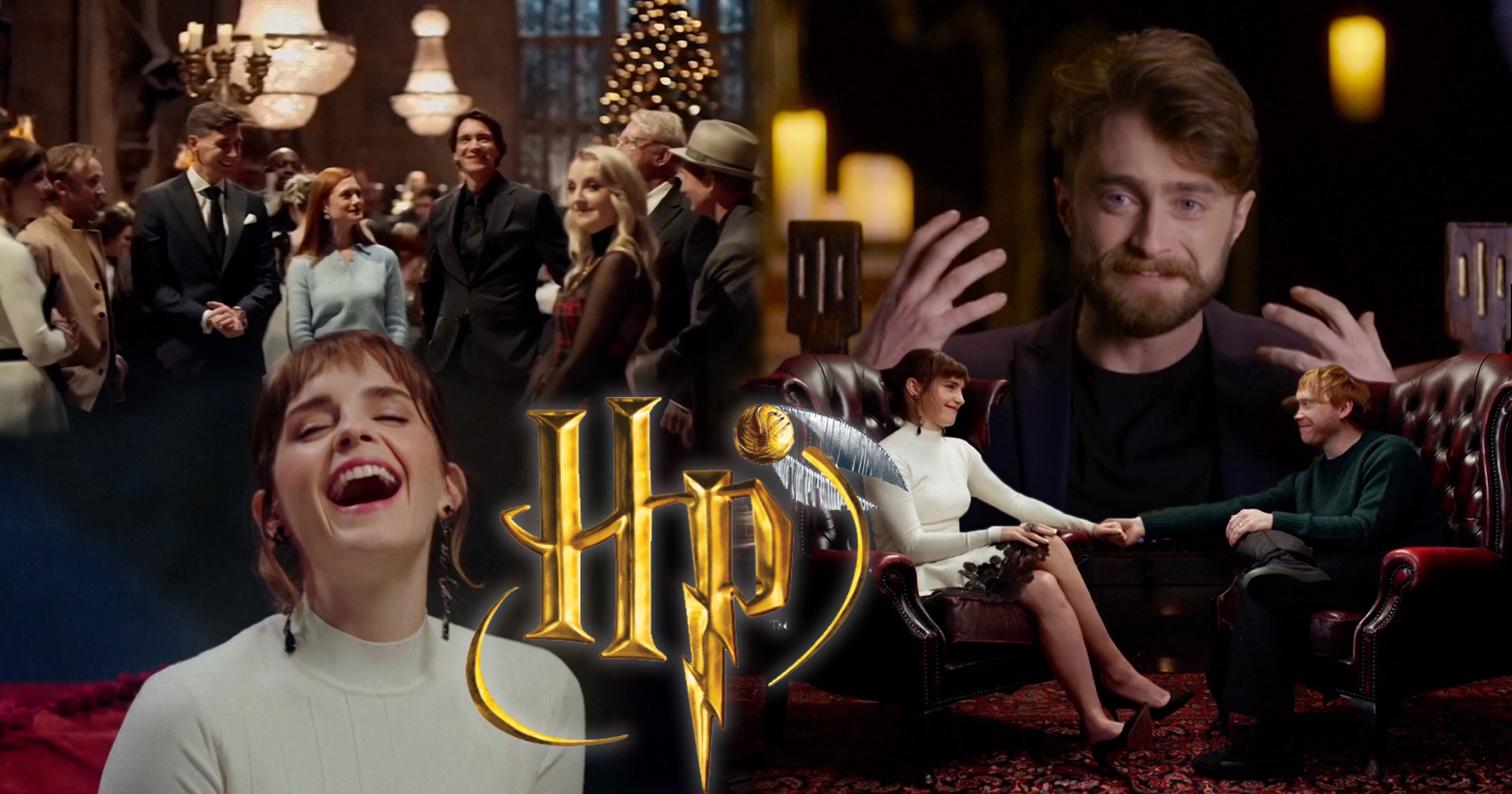 Harry Potter fans, you’d better Accio some tissues, because the reunion special is going to have you in buckets of tears, with eye-opening revelations and a whole lot of heart.

These young stars and the rest of the cast had an extraordinarily unique experience, growing up in front of the camera for all to see, working alongside some of the most esteemed actors in the business.

While watching the films, Potterheads might like to imagine that the actors are just as close in real life as the characters created by JK Rowling in the books.

If this special is anything to go by, that couldn’t be more true, as the reunion shows them shedding tears together, comforting each other, opening up about memories for the first time and expressing how much they care for one another, despite not seeing each other on a regular basis.

The opening of the programme is immensely magical. Having received her very own Hogwarts letter, Emma makes her way to the Hogwarts Express, boarding the train en route to the school of witchcraft and wizardry.

When she enters the Great Hall, a lavish ball is in full swing, which is where she embraces her co-stars for the first time, from Draco Malfoy actor Tom Felton to Rubeus Hagrid star Robbie Coltrane.

The special starts from the very beginning, recalling the fanfare that surrounded the film series when it was first announced, particularly regarding who would be cast as The Boy Who Lived.

The minute the reunion begins, you feel the tingles that made the Harry Potter films so special, that familiar, spine-chilling feeling as you realise that you’re witnessing magic unfold before your very eyes.

Harry Potter has always been a haven for people that feel like outsiders, for daydreamers and those who love to lose themselves in fantastical worlds where anything is possible. It’s clear that these films will continue to provide that source of comfort to scores of fans for years to come.

While JK Rowling did not join the cast and crew to film the reunion, snippets of an interview she gave about the film series in 2019 have been included in the special.

Nonetheless, the author, who sparked controversy and disappointment among fans due to her remarks on transgender people, is referenced fondly on several occasions on the programme.

Despite becoming one of the most famous actors on the planet, it’s always been apparent that Daniel’s fame has not gone to his head. His gracious, humble nature has prevailed throughout the years, with the reunion showcasing the boyish charm that made the creators realise he was the Chosen One.

Now 32 years old, you can see the 11-year-old Daniel from behind his eyes as he remembers the fun he had with the late Richard Harris, who played Albus Dumbledore in the first two films, when the actor believed that the animatronic phoenix Fawkes was a real, trained animal.

While there are some notable faces missing from the programme, it’s heartening to see many of the actors come together for what might be the first time in years. Gary Oldman and Daniel mirror Sirius Black and Harry with their heartwarming bond, while watching the Weasleys reunite in the Burrow is truly a delight.

There are plenty of laughs to be had, as the young actors remember the hijinks they got up to on set as they were allowed to simply be kids, despite the masses of media attention they were receiving.

With hormones raging during their adolescent years, fans will undoubtedly be beside themselves to learn about the romances that sprung up between the cast members, particularly Emma’s crush on Tom.

(Sorry to disappoint Dramione shippers, but Emma insists that nothing romantic ever happened between them, despite ‘falling in love’ with her co-star as a teen).

However, things weren’t always easy, with some of the actors admitting that they even considered quitting when the pressures of fame became too much.

Over the years, some of the franchise’s most cherished stars have sadly passed away, with the reunion special honouring them in a beautiful tribute.

It’s heart-wrenching to watch Tom become choked up as he opens up on the impact his on-screen mother Helen McCrory, who played Narcissa Malfoy, had on him, who died this year after being diagnosed with cancer.

From Alan Rickman to Richard Griffiths and Ian Hurt, the losses are felt sorely by the cast and crew, with Emma heartbreakingly admitting that she never expected them to no longer be around at this point in their lives.

Daniel, Emma and Rupert have an unbreakable bond – thankfully, not the life-risking, magical kind – that will clearly always remain, having been honorary siblings to one another through the ups and downs of the majority of their lives.

While the reunion may further fuel the idea of a reboot or an adaptation of the Cursed Child where they can reprise their roles, the trio are part of an everlasting legacy that very few people have experienced firsthand, one that has touched the hearts of people of all ages around the world embrace the power of magic.

Watch Harry Potter 20th Anniversary: Return to Hogwarts on New Year’s Day exclusively on Sky and streaming service NOW. NOW members can watch the TV specials with a NOW Entertainment Membership and enjoy all 10 movies with a NOW Cinema Membership.