Ric (played by Hugh Quarshie) had become one of Holby City’s longest-serving characters, having made his first appearance on the wards of the BBC drama in 2001. Over the years, actor Hugh, 65, has made several exits and comebacks but as the show returned to television screens on Tuesday night, the Consultant made another heartbreaking departure. The fond farewell came as viewers watched how the cast accurately portrayed how hospital staff have had to battle the coronavirus on the front line.

The first episode of the medical drama to air in months followed Ric as he awoke from a two-week coma to discover the world was very different.

Despite recovering from brain surgery and being classed in the vulnerable category, the beloved character donned PPE to help his colleagues with the influx of COVID patients.

Bonding with a young pregnant woman who had contracted the illness, the Consultant fought to save the life of the baby as her condition rapidly declined.

As tensions reached fever pitch, the stalwart ended up collapsing and this left viewers at home wondering whether he had lost his life.

However, as hospital CEO Max McGerry (Jo Martin) made an emotional speech to her team of NHS workers, the show veteran was seen telling his boss he was leaving. 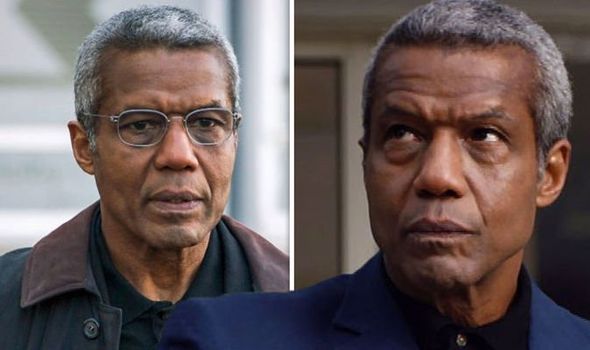 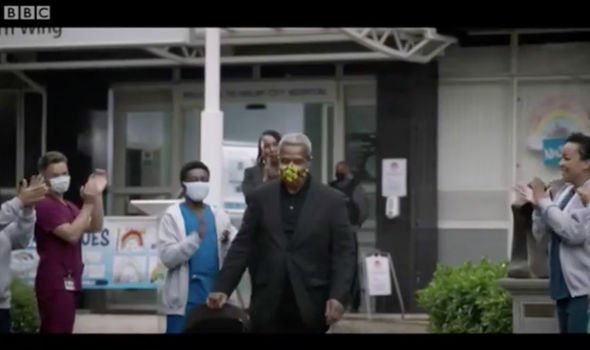 “So you’re leaving us?” Max asked her colleague, to which he replied he had a “promise” to keep as he held a baby carrier.

It emerged the pregnant woman he had bonded with had passed away from coronavirus and he was going to track down the child’s family.

Questioned whether or not he was going to “come back”, the Consultant told the CEO she was more than capable of running the ship without him.

As he put on his face mask, the team of NHS front line workers applauded their dear friend as he walked away and got into a taxi. 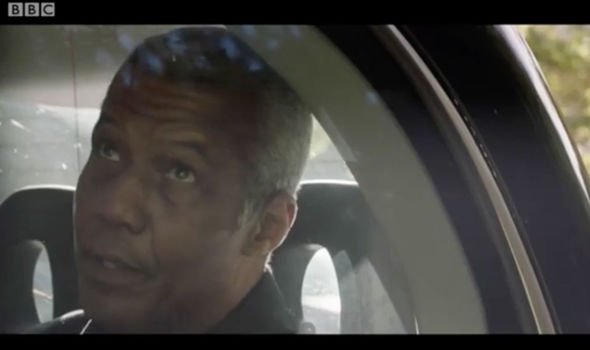 I don’t want Ric to leave

Taking to Twitter, viewers expressed their shock at Ric’s exit as it wasn’t announced before the episode actor Hugh was bowing out.

One fan wrote: “Holby’s back but I don’t want Ric to leave! He’s always been my favourite, even when he’s been an a**e! #Holby #HolbyCity.”

Another added: “Very sad to see the departure of the best character ever in #HolbyCity Ric Griffin @HughQuarshie. That better not be the last time we see him.”

Whilst a third commented: “Holby city was definitely an emotional one! So glad Ric wasn’t killed off! @BBCHolbyCity #HolbyCity.”

A fifth shared: “Oh my days. Tears, tears and more tears. Glad they didn’t kill Ric off #Holbycity,” with a sixth opining: “Ric cant be gone. Man, he’s been in this show since forever #HolbyCity.”

Actor Hugh confirmed his exit and decision to quit in a statement in which he said: “I came very close to quitting acting entirely before being invited to join Holby City.

“I had felt unfulfilled and that I never quite fitted in. Holby City changed all that,” the medical drama star continued.

“The work became absorbing, colleagues became friends. I wouldn’t have stayed so long if it hadn’t been a great place to work.

“And leaving will be like leaving home – a place where there is warmth and a welcome, a place to which you can always return.”

Hugh has played Ric for over 19 years and despite his numerous exits, he has appeared in over 500 episodes of the hospital-based drama.

Rich has made notable appearances in Holby City’s sister show Casualty during the multiple crossover events which have aired over the past 20 years.

Holby City continues Tuesday at 8pm on BBC One.