HOLLY Willoughby laughed about "throwing Phillip Schofield under the bus" in an awkward autocue blunder.

The This Morning presenter messed up a link about the miserable weather delaying BBQs this summer. 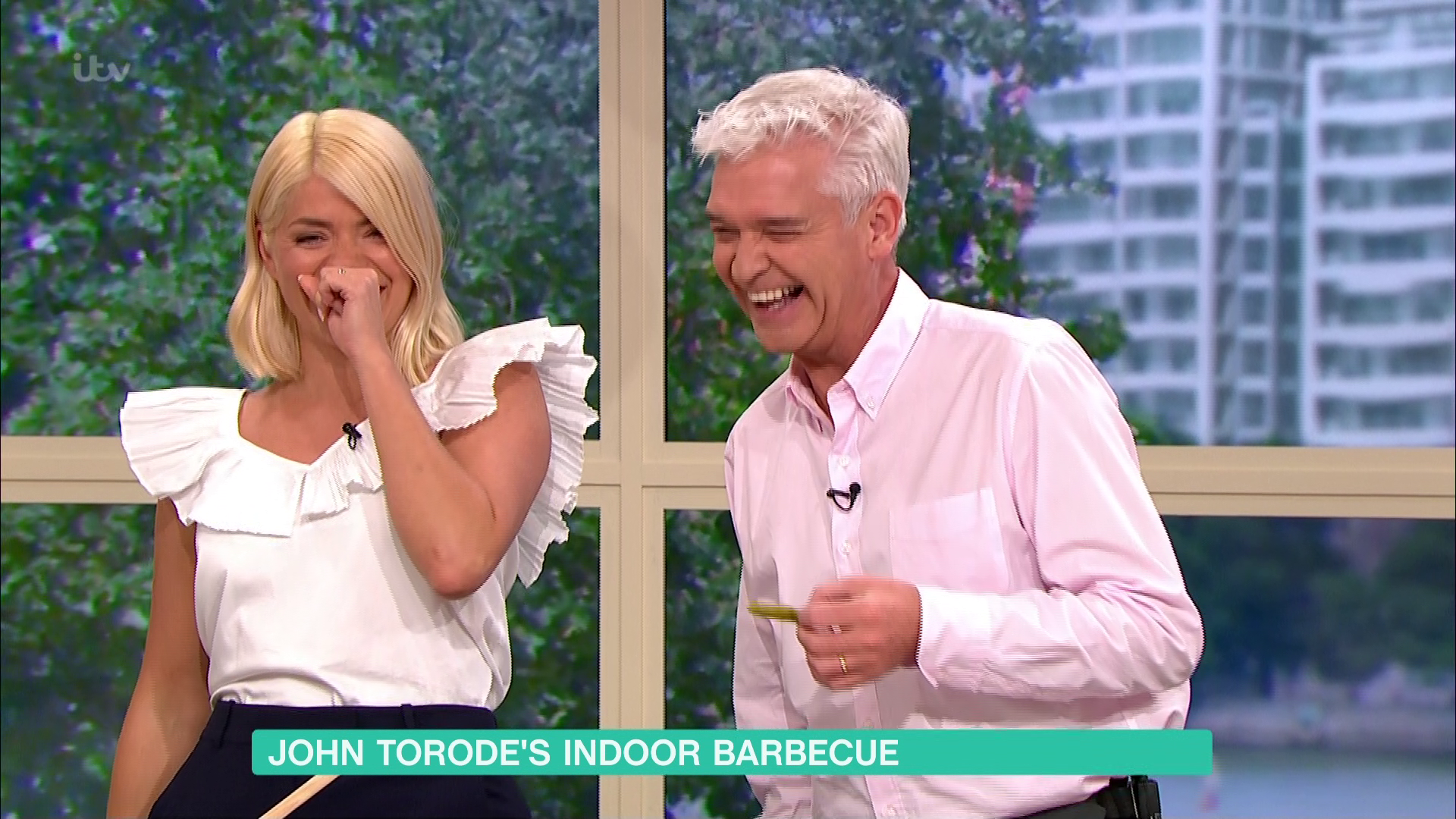 The pair joked around after The Sun on Sunday revealed their bizarre bust-up led to off-screen strains over a magazine photoshoot.

After returning from a competition advert on today's show, Holly said: "Yes, good luck with that.

"Now we've had a bit of unpredictable weather this summer so far… but where the weather is concerned it doesn't matter because you can enjoy barbecue food inside."

Carrying on, despite Holly's stumbling, Phil said: "John Torode is here now to show us you can still enjoy that barbecue weather come rain or shine…" 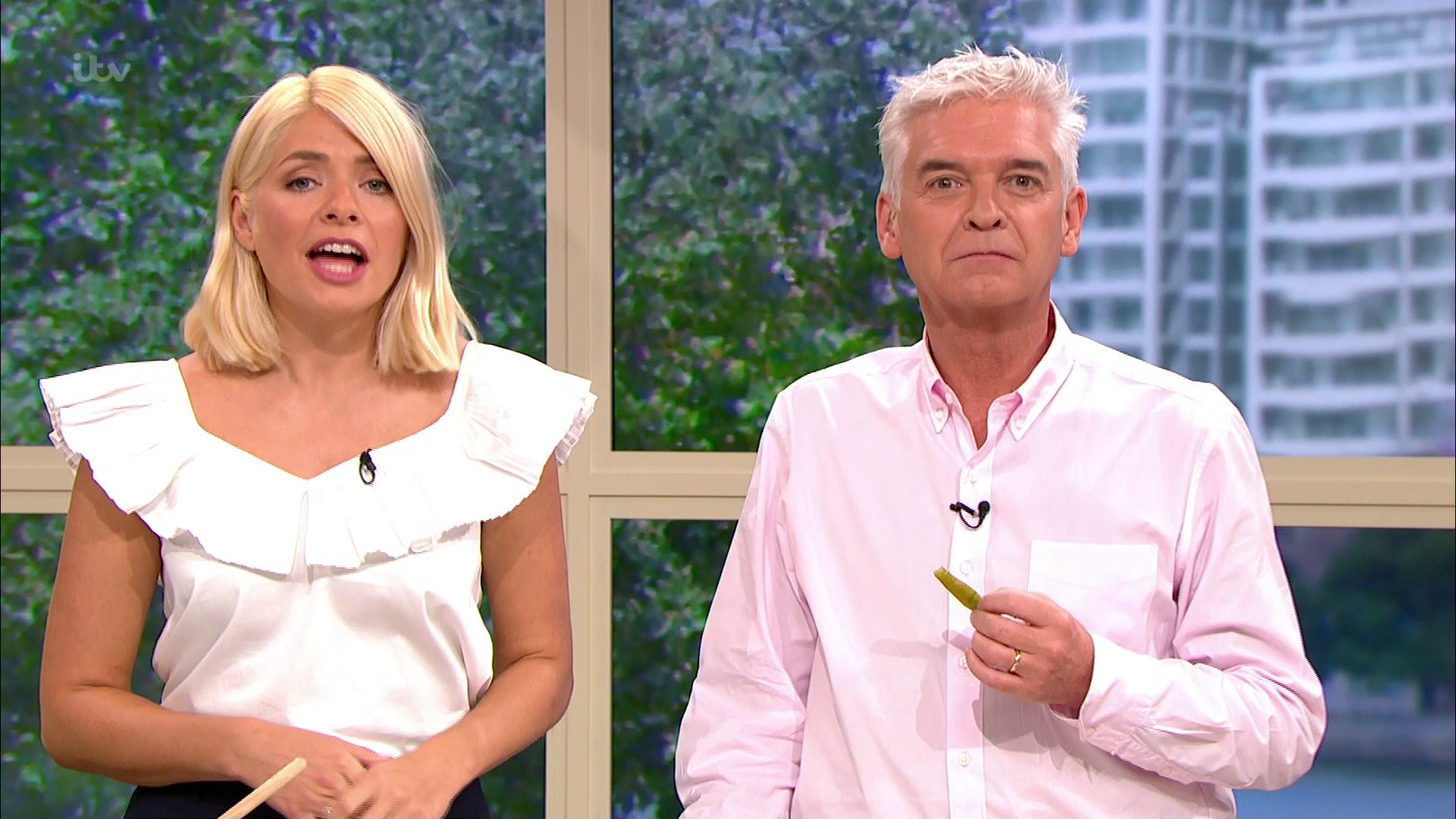 He then turned to Holly who was chuckling away to herself. She admitted: "I'm laughing because I messed up my link so much that I made it up and then stole your line, which you had to repeat. I'm sorry."

Professional Phil said: "Sometimes you just have to plough on."

But amused Holly shouted: "I just threw you under the bus there. I'm so sorry… God, anyway, help us…" 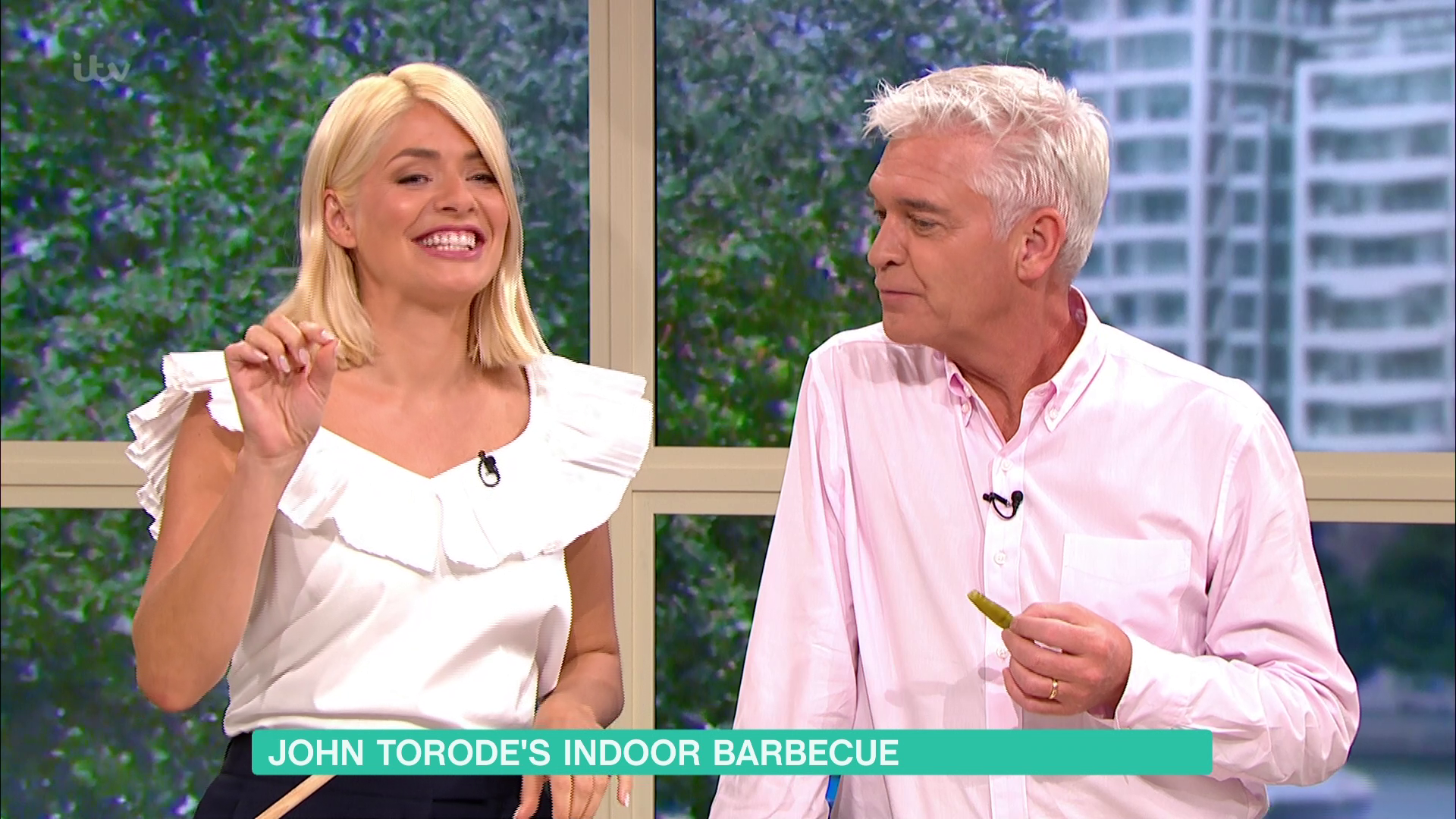 The presenting duo looked to be putting their spat behind him after ITV insiders said their relationship came under strain when Holly, 38, stepped in for Ant McPartlin hosting I’m A Celebrity.

In April, the Sunday Times Magazine featured an interview with the pair. On the front cover, Holly was pictured wearing a cartoon crown, while ­Phillip, 57, was left bare-headed.

Phillip was said to be livid with the article, and the mag was forced to write a letter of apology to his management.