HOLLY Willoughby has moved on from an off-screen bust-up with Phillip Schofield by praising her "best friend" on Father's Day.

The Sun on Sunday revealed how the This Morning presenting duo had a bizarre bust-up over a magazine cover shoot. 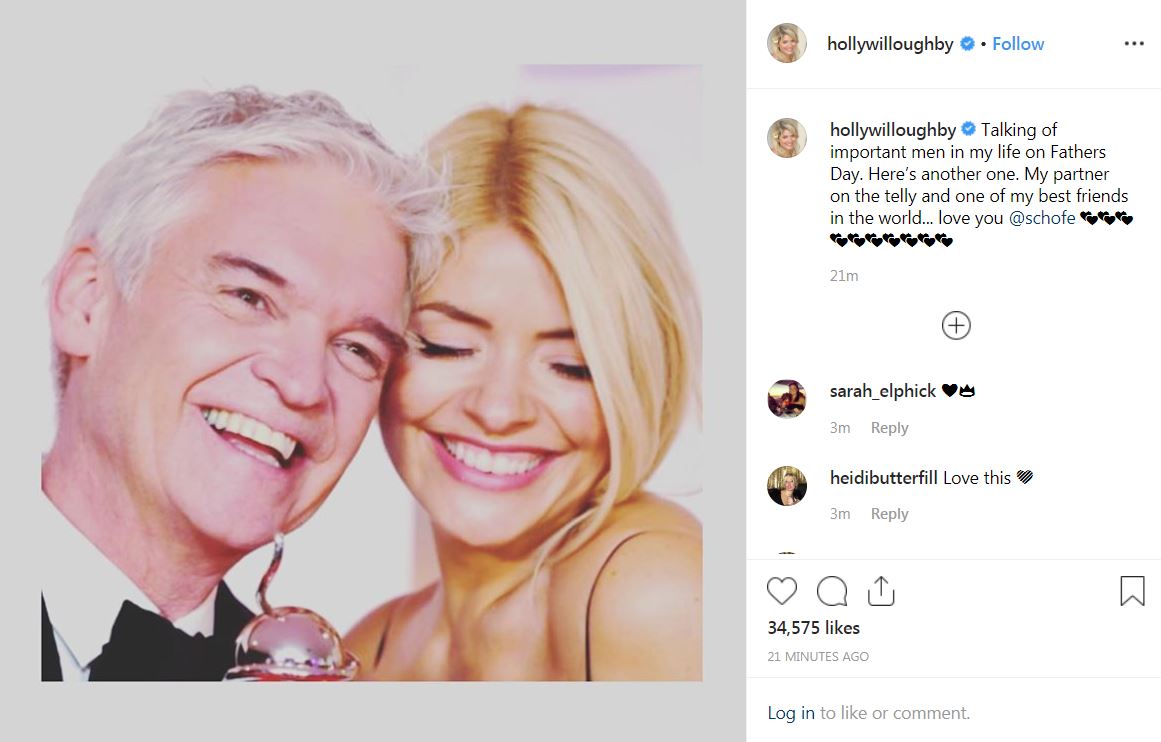 But proving there are no hard feelings, Holly, 38, paid tribute to dad-of-two Phil on Instagram to celebrate Father's Day today.

Having already posted about her husband Dan Baldwin and dad Brian, Holly shared a snap of her and Phil with their National Television Award earlier this year.

Alongside the happy snap, she wrote: "Talking of important men in my life on Fathers Day. Here’s another one.

"My partner on the telly and one of my best friends in the world… love you @schofe." 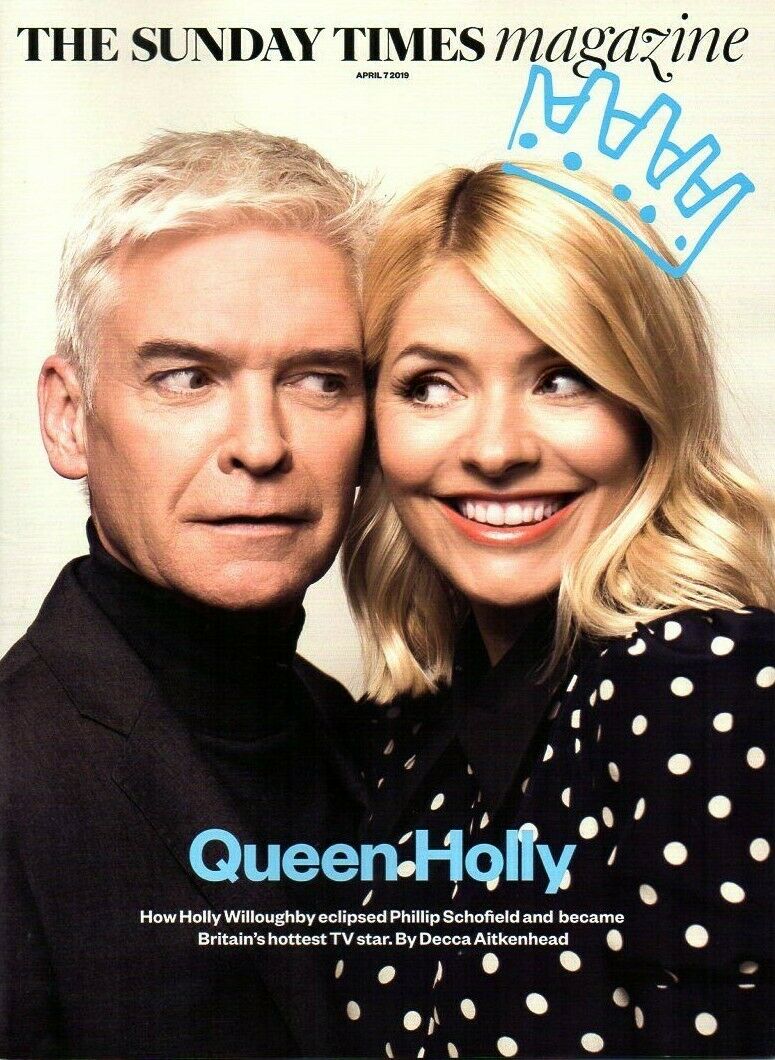 While Holly has three children with her husband Dan, Phil, 57, has daughters Molly and Ruby with wife of 25 years, Steph.

Her post comes after it was revealed the popular presenting pals' relationship came under strain after Holly stepped in for Ant McPartlin hosting I’m A Celebrity — helping ITV secure record viewing figures.

In April, the Sunday Times Magazine featured an interview with the pair. On the front cover, Holly was pictured wearing a cartoon crown, while ­Phillip was left bare-headed.

The Sun on Sunday revealed Phillip was livid with the article, and the mag was forced to write a letter of apology to his management. 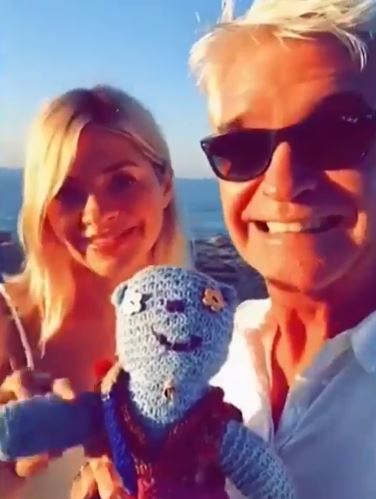 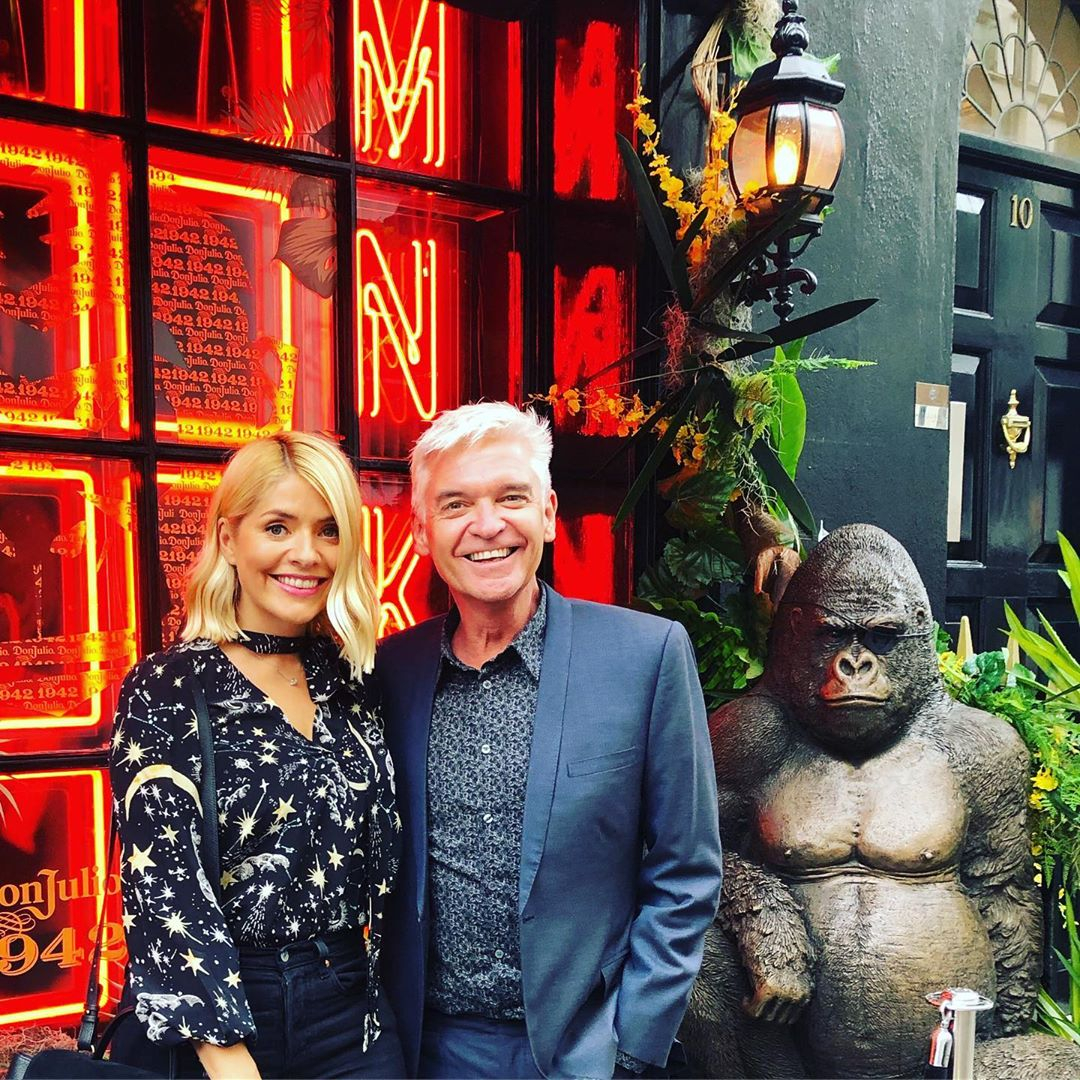 The strain between the star and his co-presenter was apparent during a live special of This Morning at ­Birmingham’s NEC on May 16.

A source said: “To say there has been a bit of tension is an understatement.

“It all kicked off after Phil and Holly agreed to do the Sunday Times Magazine interview, part of their contractual press obligations with ITV. 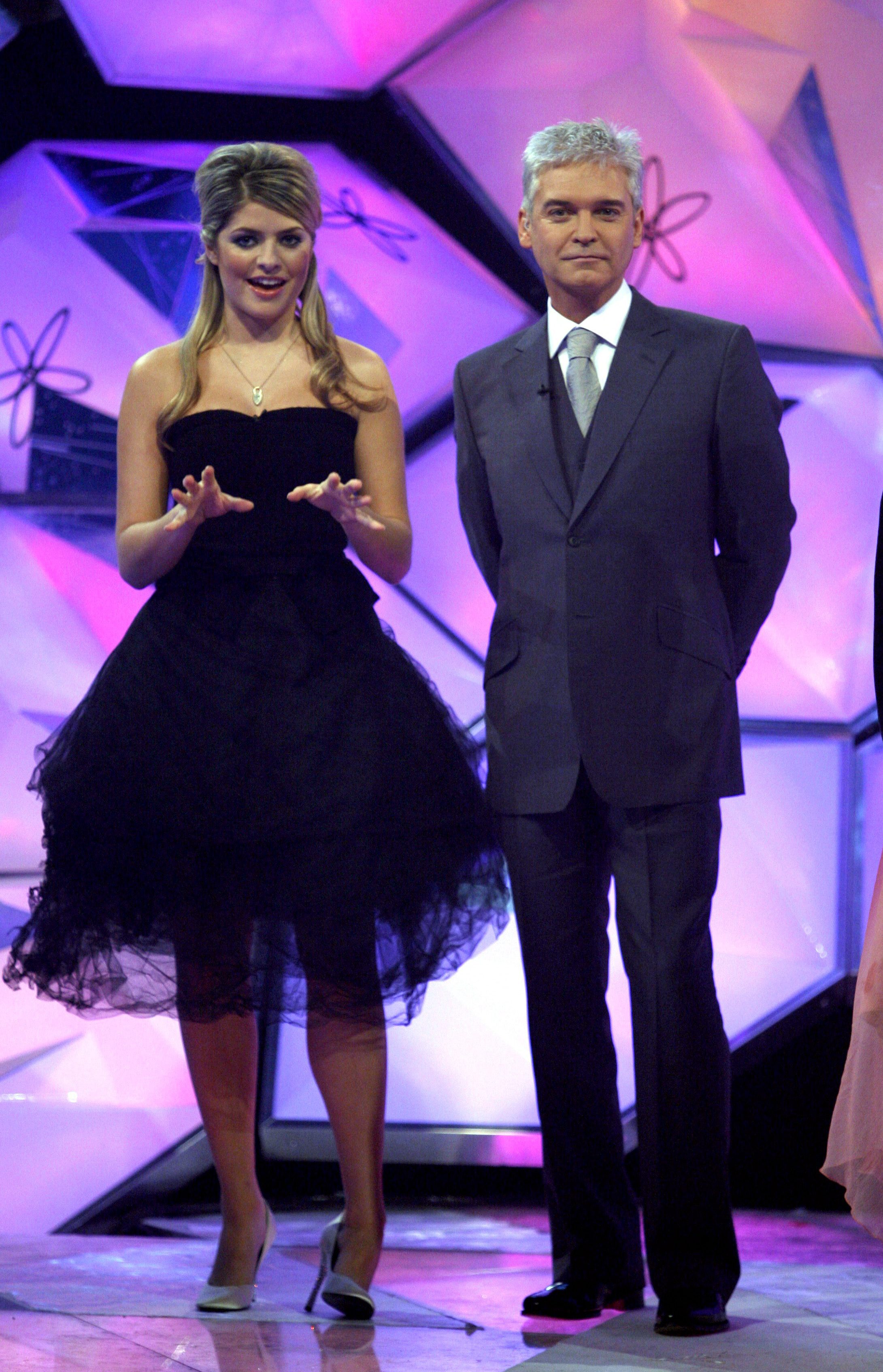 “They did it on the understanding they would be given equal billing and the interview would be about their success and popularity as a duo.

“But when the magazine dropped, Phillip was fuming that Holly had a crayon crown airbrushed on to her head while he was crown-less and pictured grumpily looking on in her shadow.

The article itself was brilliant and the cover was a bit of irreverent fun.

“But Phillip was pretty peeved, to say the least — not with Holly but with how he had been usurped. For her part, Holly was also quite ­mortified and felt terrible.

“ITV, who set up the interview, kicked off and his team promptly received a letter of apology to smooth things over.

“Tensions spilled out into the ­Birmingham live event when Phillip was grumbling about it. It quickly became the talk of the set.

“Phillip basically stuck his neck on the line for Holly and got her the job on This Morning back in the day. Understandably, the whole thing was a bit galling.

“Like all best pals, they have their ups and downs. But for both of them, their friendship comes first.

“Long-term, nothing will get in the way of that.”

Ever the professionals, the award-winning duo have not displayed a hint of awkwardness on air.

And off-camera, the pals appear back to their sparkling best, enjoying long, boozy lunches and even holidaying together.