HOLLY Willoughby was spotted arriving at Wimbledon this afternoon alongside her This Morning co-star Phillip Schofield.

The 40-year-old looked very chic in a green polka dot dress, while also wearing a face mask for added protection. 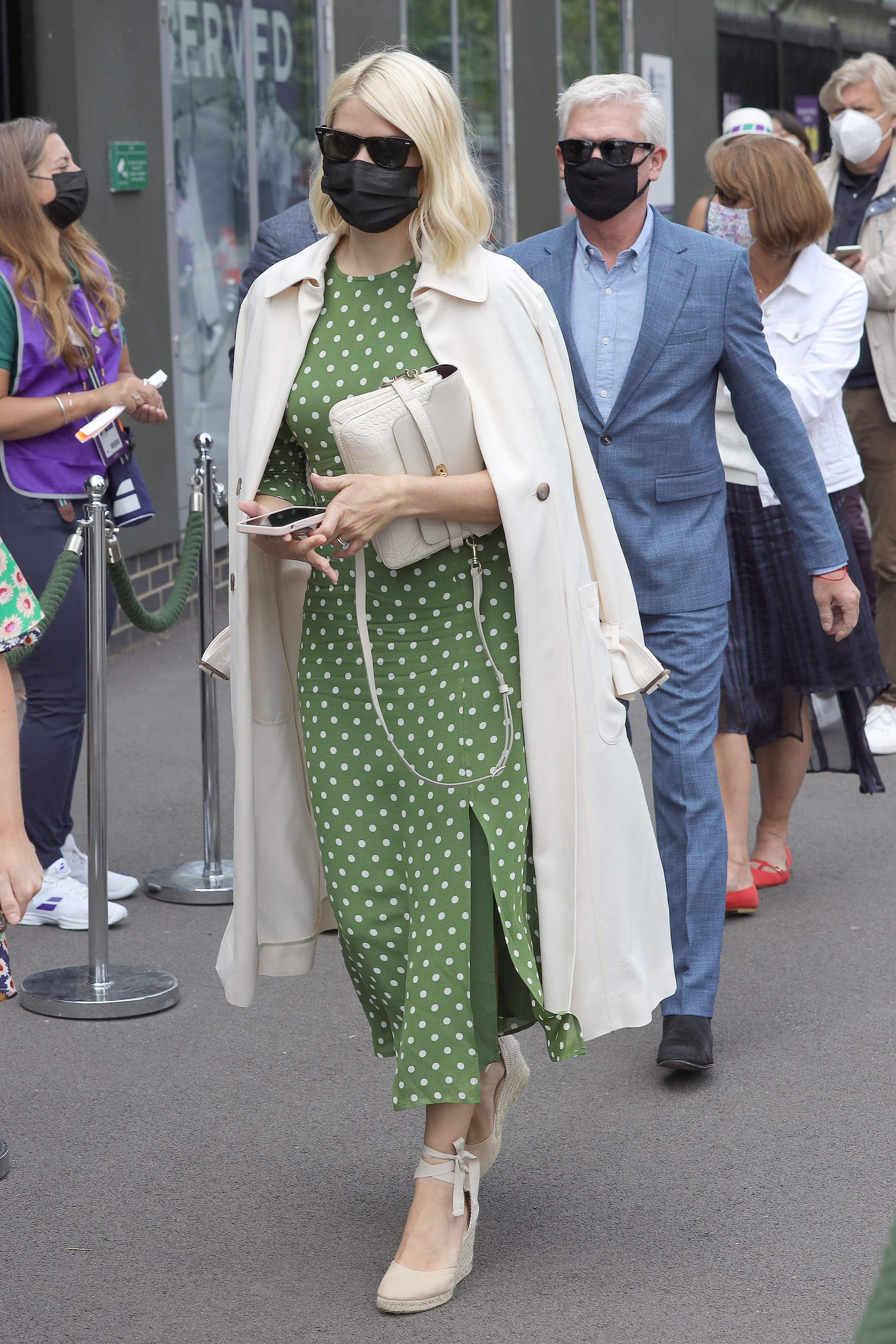 She soon ditched it though as she took her seat next to Phil, with husband Dan Baldwin also joining them for some fun by the court.

The famous duo seemed to get the giggles at one point and Phil could be seen laughing hysterically next to a giggly Holly.

Phil was very excited to be at the tennis and shared a series of pictures as he tucked into a bowl of strawberries and cream. 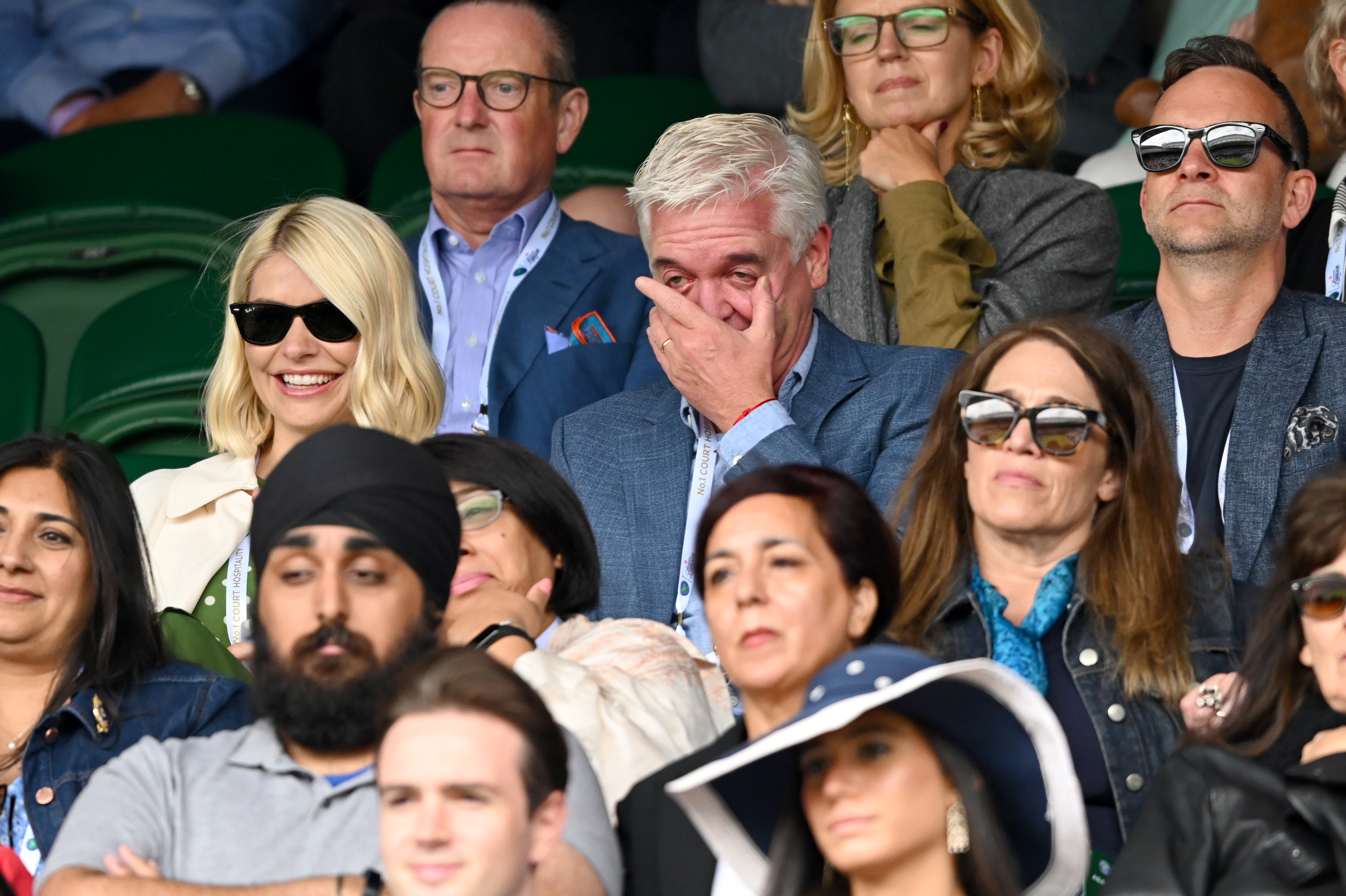 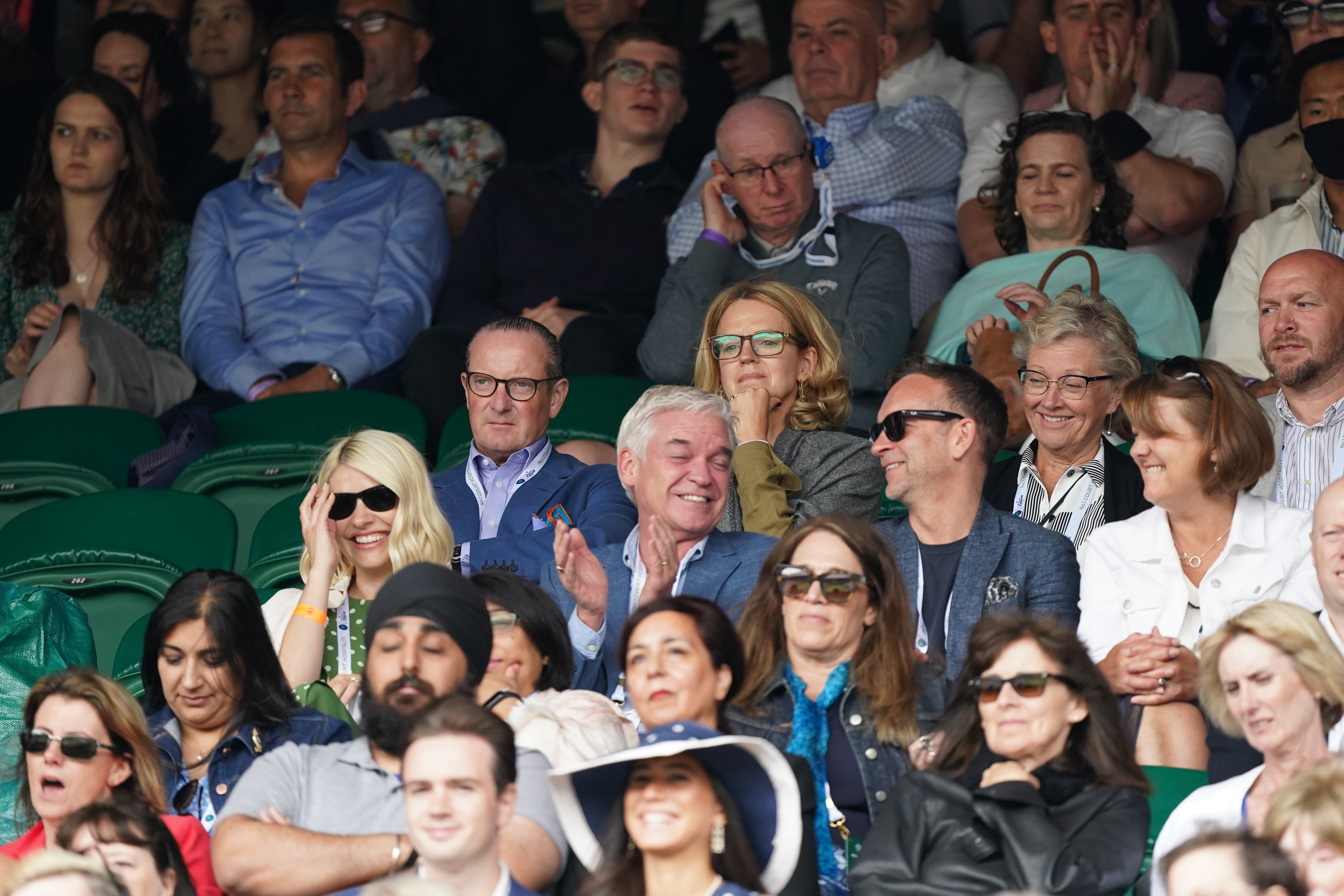 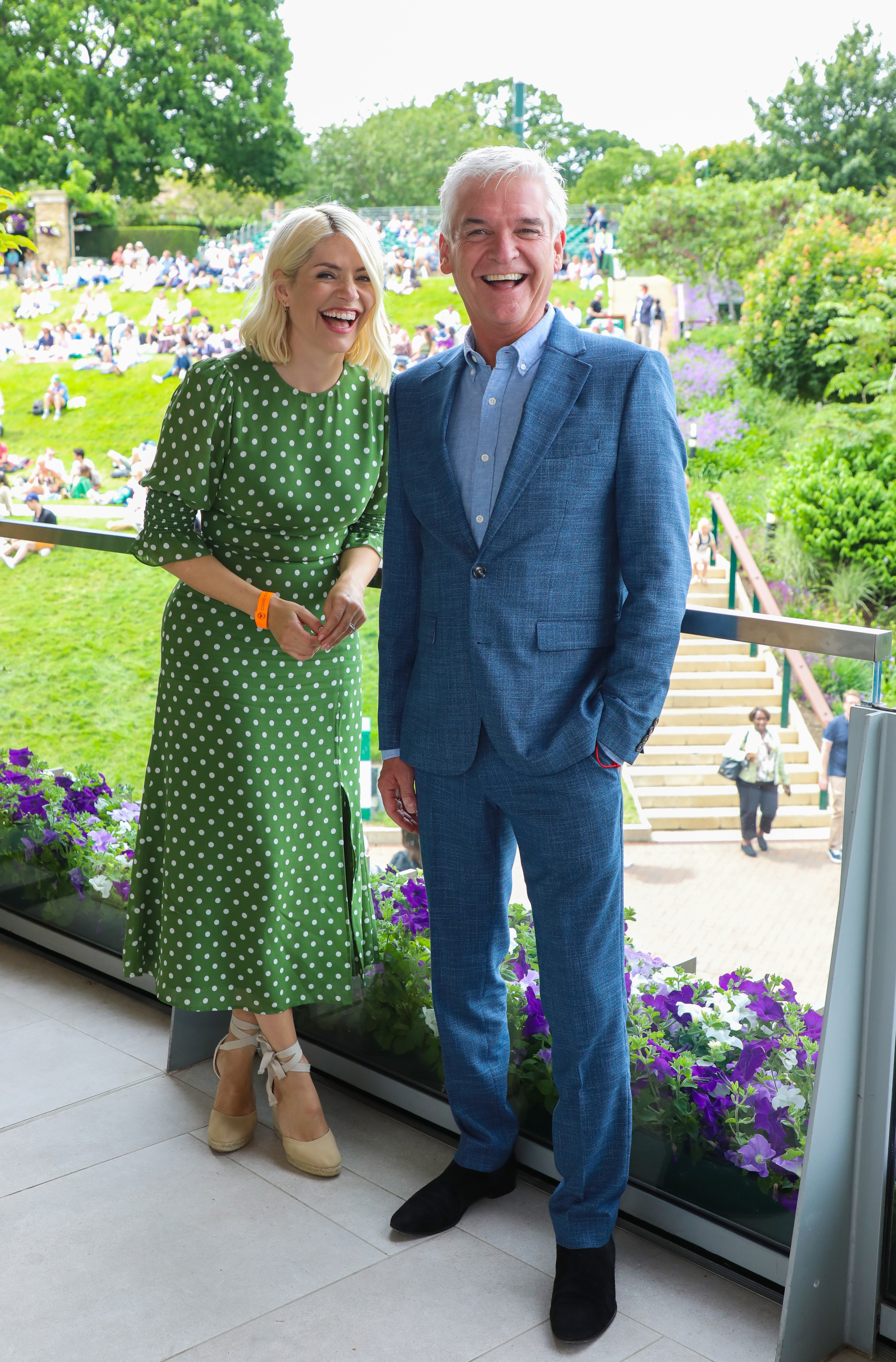 The presenting pair showed just how well they get on offscreen even after twelve years on This Morning sofa together.

Holly recently said had no idea her career was going to explode the way it did back on day one – in fact, she admits she was scared it would be the end of it.

Speaking to RadioTimes, Holly said: “When I started, I was terrified. I only ever felt comfortable in cookery and fashion – I was so scared of asking important questions for fear of looking stupid. 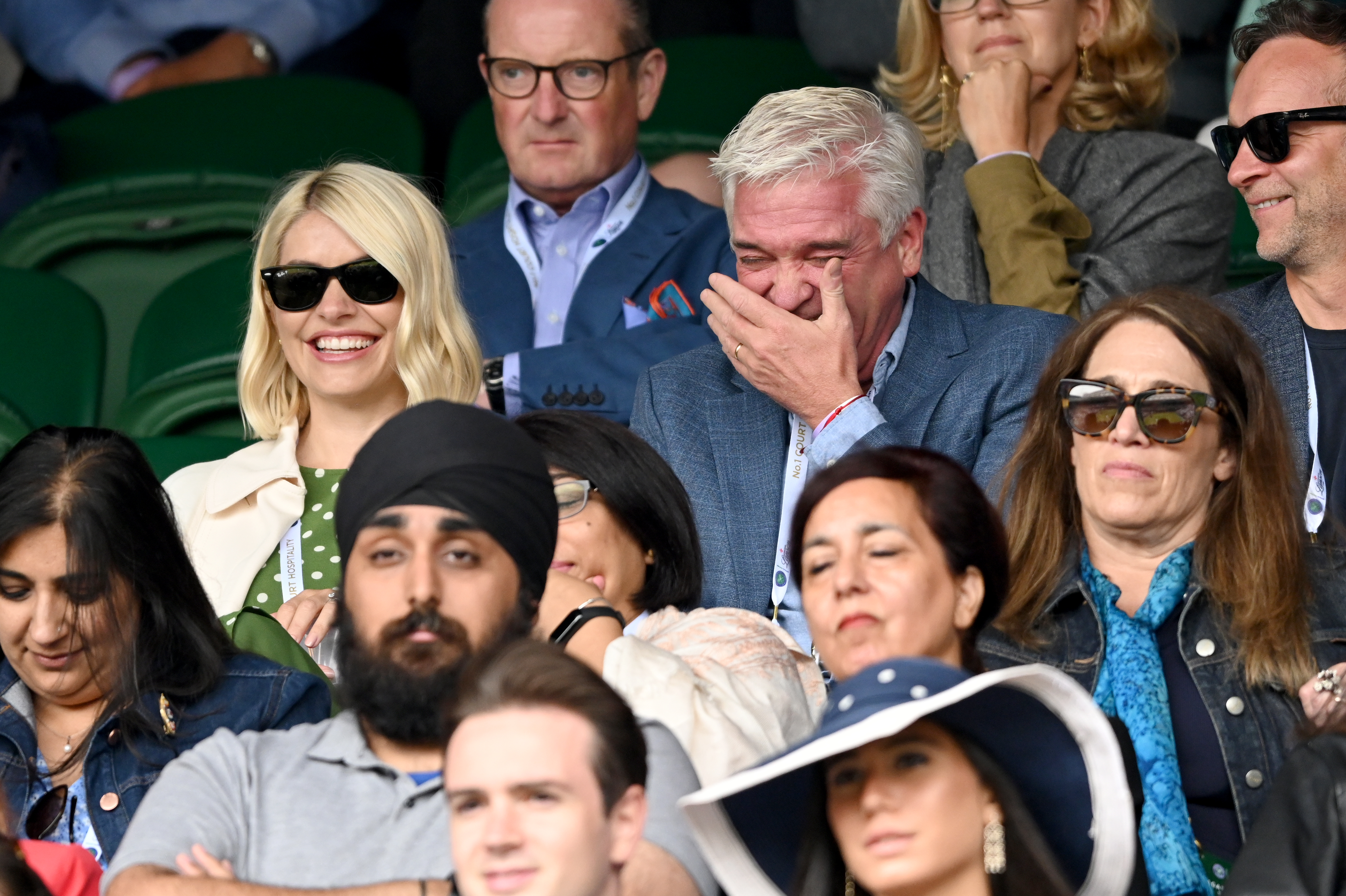 “I was quite young and I think some people were questioning whether I was the right person for the job.”

In fact, the team are so eager to keep her, ITV are even offering to give her a massive pay rise if she fails to settle a legal dispute with her old managers. 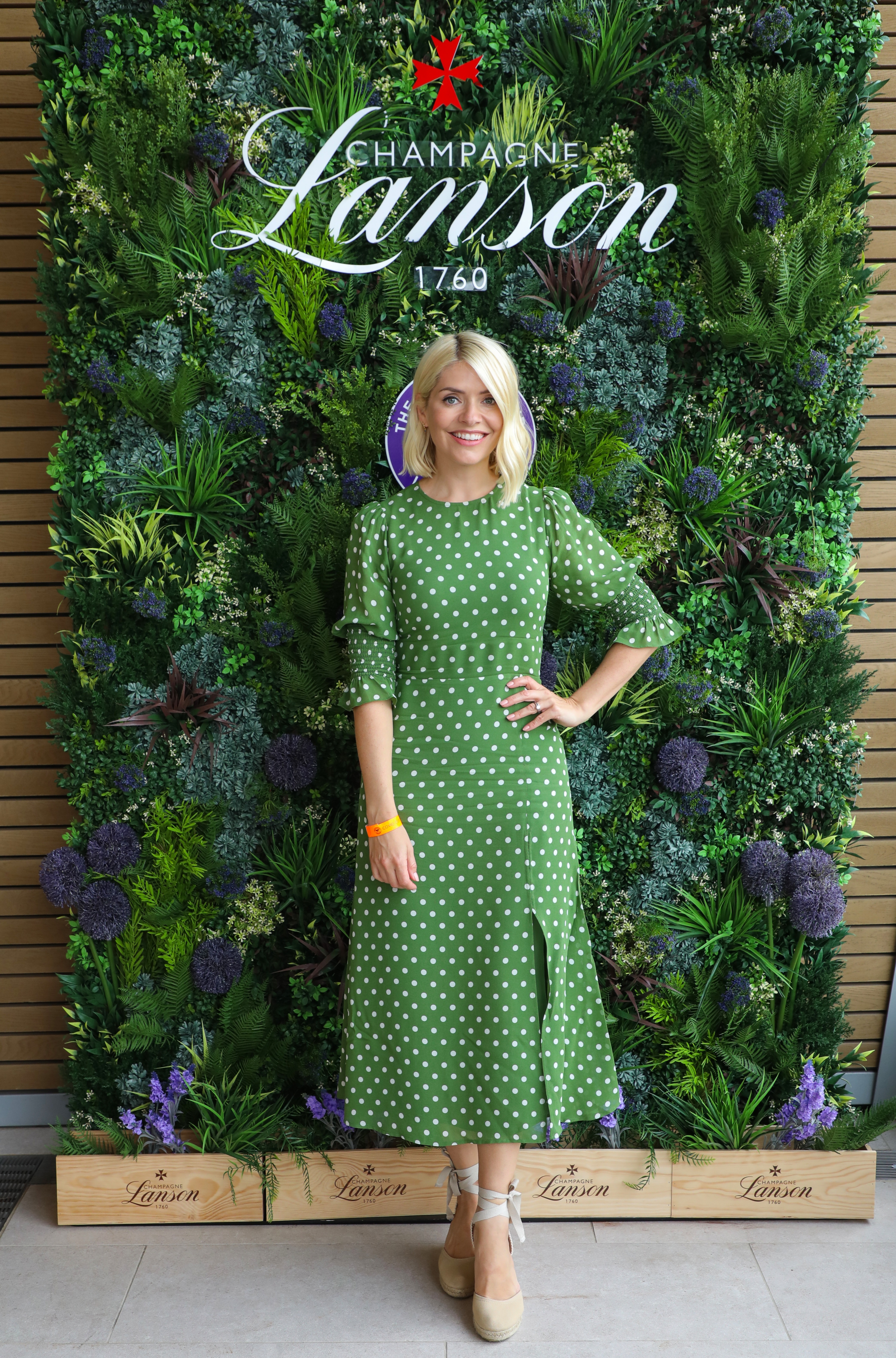 Bosses fear the This Morning star will walk rather than give YMU a 15 per cent share of her earnings.

Holly has not asked for a rise but sources said she would be offered one if bosses felt she was close to quitting.

YMU says it is entitled to a slice of Holly’s pay as part of a sunset clause after representing her for 13 years.