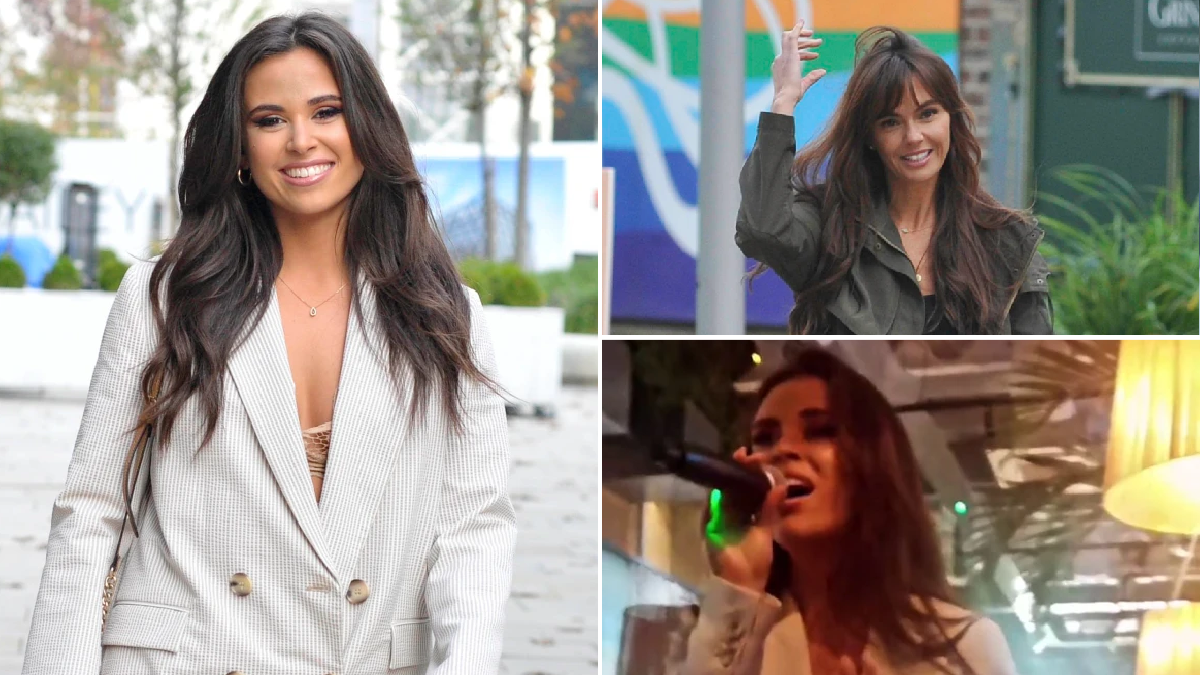 Hollyoaks star Bethannie Hare received plenty of support from her colleagues, as she took to the stage to stun fans with her incredible voice.

The actress, who portrays Cher McQueen in the Channel 4 soap, serenaded restaurant-goers at Foodwell, Manchester.

She demonstrated her impressive vocal range with rendition of tracks such as The Killers anthem Human and Kings of Leon smash hit Use Somebody.

Bethannie, 22, took to the stage in a stylish patterned suit.

The soap star had support from her fellow McQueens, with actress Jennifer Metcalfe – who plays step-mum Mercedes McQueen on the serial drama – in attendance at the gig.

Goldie McQueen star Chelsee Healey was also pictured heading to the event, wearing a long black coat with daughter Coco by her side

Haiesha Mistry, who portrays Yazz Maalik on Hollyoaks, was also present at the event, sharing a clip of Bethannie’s performance on her Instagram Stories.

Bethannie released her second single, This Is Not A Love Sing, in November last year.

The soap star told Metro.co.uk at the time: ‘This is Not a Love Song is my second single – it’s a story about a girl who has been in a long term relationship which unexpectedly broke up.

‘It’s about how it’s not worth getting upset about and there are so many more important things in life to be grateful for. I think it’s really relatable – I hope people like it, it’s so nervewracking putting it out there!’

‘What I like about it is the message that you don’t necessarily always need to have a boyfriend or a girlfriend to be happy – one of the lyrics is about just simple pleasures like getting up on a Sunday morning, taking your time and just enjoying it.

‘Little things in life might not seem much but they’re to be grateful for.

‘The song itself is uplifting and happy – with the situation right now, this is the one I really wanted to put out now.’

Bethannie made her first appearance as Cher in Hollyoaks in June 2020, during episodes which would’ve been filmed before Covid-19 pandemic.

She’s featured in several huge storylines ever since, so much so that it’s hard to imagine Hollyoaks without her!

From Cher’s gaslighting of Mercedes, to the character’s relationship with Romeo Nightingale (Owen Warner), she has been front and centre of the serial drama for quite some time.

Bethannie received acclaim for her work during a narrative earlier this year that saw Cher attempt to take her own life.