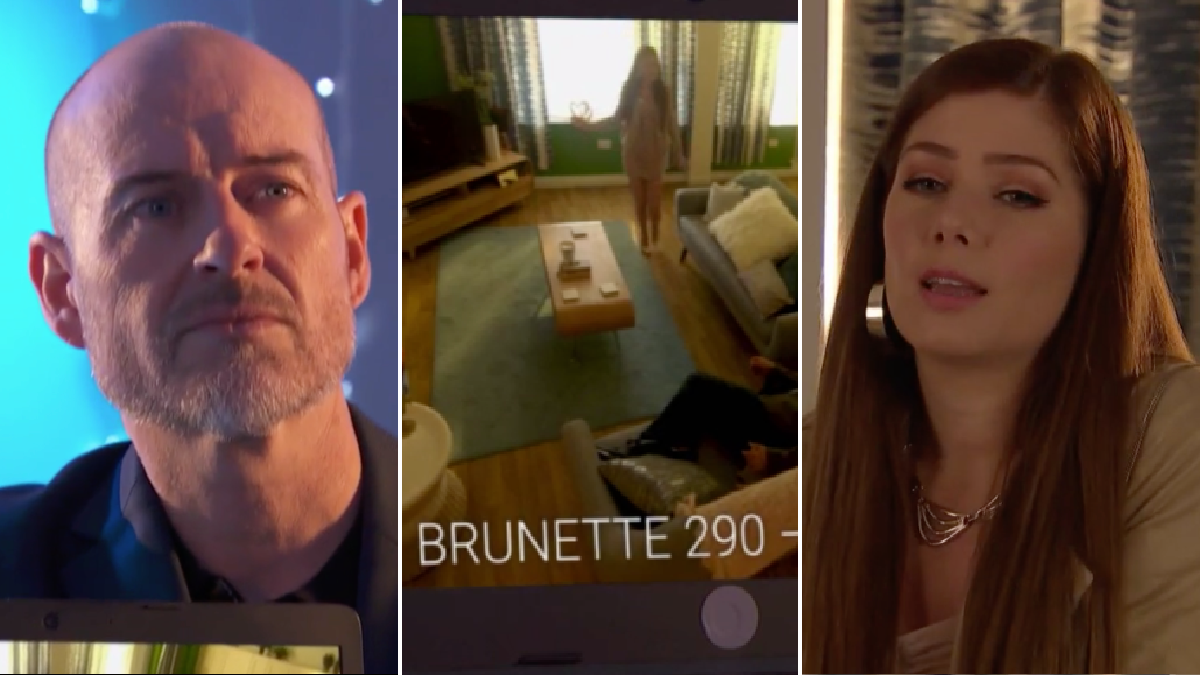 Fergus Collins (Robert Beck) was desperate to keep his sick bluebird project alive at all costs, even if it meant throwing his lover’s daughter to the wolves.

Yes, in a bizarre twist, Hollyoaks latest in a long line of gangsters decided to install cameras in his own flat, so that his subscribers could spy on Maxine Minniver (Nikki Sanderson).

‘Is Warren going to be okay with this?’, asked a worried Timmy (Sam Tutty), as he watched Maxine dancing around the living room via the hidden camera.

‘Probably not,’ replied Fergus, ‘considering he knows nothing about the hidden cameras side of the business. But he’s not the boss.’

It appears as if Fergus’ decision to invade Maxine’s privacy was not only to satisfy his sick subscribers with a new addition to Bluebird, but also to teach partner in crime Warren Fox (Jamie Lomas).

Warren has been asking questions as of late, and has become incredibly interested in why Fergus is so secretive about his dodgy dealings. He’s demanded more trust from his associate, but Fergus reckons he knows as much as he needs to.

Using Warren’s beloved Maxine is likely a way for him to exert his authority once again. A way to reiterate to himself that he is the boss. What he says goes.

But as a result, we’ve learned just how just little regard he has for those who are on his side, as he’s now also betrayed his beloved Trish (Denise Welch), who interestingly proved tonight that she can be every bit as manipulative as her beau.

What a way to return the favour, eh?

The question is: will Warren find out what Fergus is up to? And will he discover the secret camera in the flat?

Perhaps it’s an inevitability, and if so, we wouldn’t want to be Fergus when Warren finds out the truth, that’s for sure!