Homes Under the Hammer: Martin Roberts ‘moves swiftly on’ after uncovering secret feature

Homes Under the Hammer presenter Martin Roberts was in North Wales in a recent episode of the popular BBC One show and he was taking a look around a property which had a considerably low guide price. When he stepped inside the house, he was confused as to why it wasn’t on the market for a lot more money and wondered where the catch was. And it wasn’t until he opened a mysterious fire door did he realise the house was connected to its neighbour by a door on the middle floor landing.

“What do you have to pay for a house with views over this stunning part of the North Wales coastline? In the millions do you reckon? £58,000, just £58,000 was a guide price for this, four bedrooms, it’s looks incredible,” Martin said standing outside on the road.

“With that kind of money your expectations have got to be set fairly low and yet you come in through the front door and there’s this little entrance area, and then…wow!” He commented looking down the hallway.

“Just things like these doors and the door frames, if you just strip them back, they would be beautiful old pitch pine. As would those stairs if you cleaned them off. 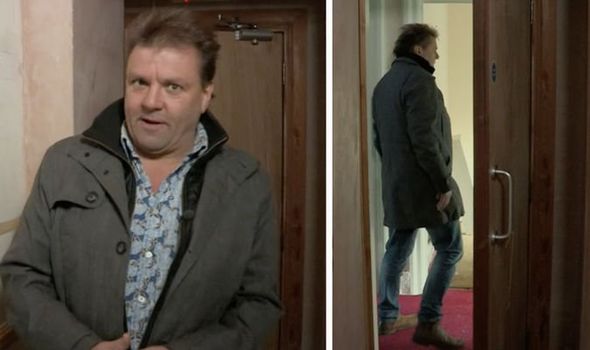 “That’s really impressive, really nice staircase, all sorts of really weird stuff going on towards the back – lots of rooms going off,” the presenter added.

“Then into another nice grand rear sitting room area. Well, yes, it needs s bit of work but am I missing something?”

He then moved towards the rear of the house and commented: “Okay, the layout further towards the back gets a bit messy with a toilet and what looks like an office.

“And the kitchen is down in the basement with another office space, so not an ideal layout for a family home.”

As for what upstairs offered, Martin explained there was “a huge bathroom on a half landing”. 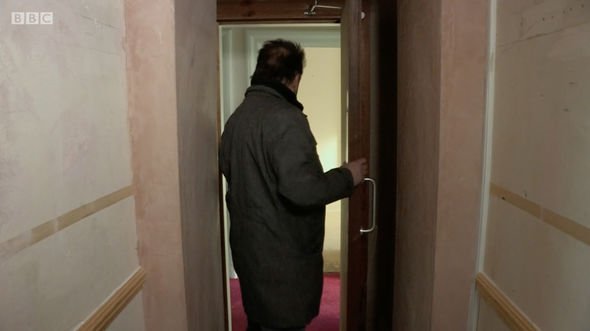 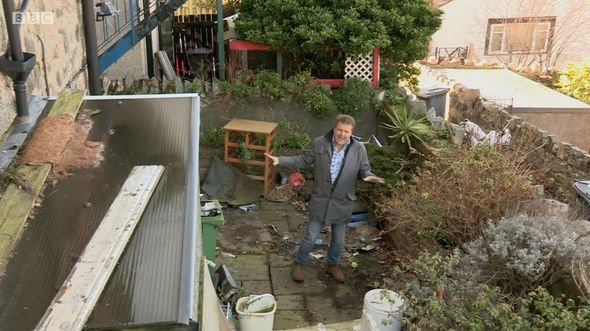 “You continue up and it starts to get a little hot-potchy. Bedroom there, it looks like somebody’s done quite bit of work up in this area to convert it into something.

“There’s a fire door there leading up to some rooms up there. You’ve got another bedroom and again I think the walls have been changed around, maybe to create more space.

“Then you go down this little corridor here to another door, what’s this all about?” He turned to the camera and asked.

“Um, right. I think that’s another house,” he said rushing back into the property he was meant to be in. 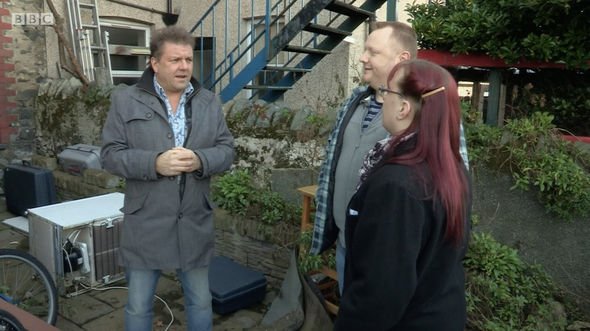 “Better move swiftly on. Believe it or not, it’s a door to an adjoining property – that’s a new one for me!

“And it is up on the next floor where we find another two bedrooms of this impressive four bedroom house.”

Outside, “the property no garden to speak of, just a courtyard area”.

Martin added: “As you can see it’s in a bit of the mess but it does look out onto the coast.”

As for what happened when it went under the hammer, it was sold for £66,000 to Kerry and Neil. 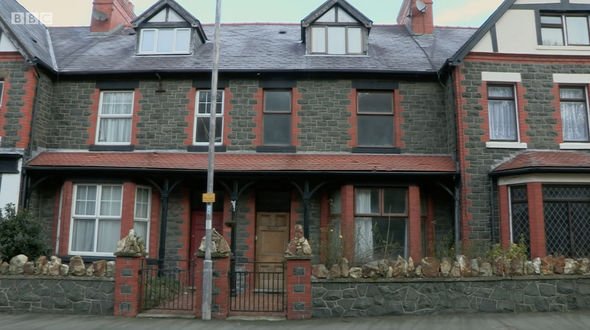 “It was on the cards we were going to get someplace eventually for a pension fund, we would get a place to rent out. Our mortgage ended last year so that was the time and this happened to come along at the right moment,” Neil explained to Martin about why they wanted to buy the house.

Martin quickly picked up on the couple saying “they” referencing more than one property and they revealed they had bought the house next door to the one Martin had had a look around.

“So you bought this house and the house next door in the same auction?” The presenter asked and Kerry explained: “They had a door between them so!”

They paid £54,000 for next door’s property and for both houses, they had a time scale of three months to renovate them.

Homes Under the Hammer airs weekdays at 10am on BBC One.