Home » TV & Movies » How Can Filmmakers from Countries Without a Strong Movie Industry Break Into Cannes?

How Can Filmmakers from Countries Without a Strong Movie Industry Break Into Cannes?

Editor’s note: Like many emerging international filmmakers, Beza Hailu Lemma dreams of premiering a film at the Cannes Film Festival. After his $500 short, “Ballad of the Spirits” was lauded on the festival circuit, calling attention to Lemma’s talent, he started plotting his first feature, “The Last Tears of a Deceased.” While the odds of getting to Cannes are long for any filmmaker, that path is far less clear for those like Lemma, who comes from Ethiopia, which lacks a robust national cinema and filmmaking infrastructure, nor a tradition of premiering work on big international platforms like Cannes.

In May, Lemma went to Cannes to take part in the Industry Workshops, part of The Marché du Film, with the hope of learning more about international financing, current trends in filmmaking, and making the type of industry contacts who can help him not only get his feature made, but bridge the seemingly impossible gap between being both an Ethiopian and Cannes filmmaker.

IndieWire invited Lemma to reflect on his Cannes experience and take an honest look at his prospects of being part of the international film world. 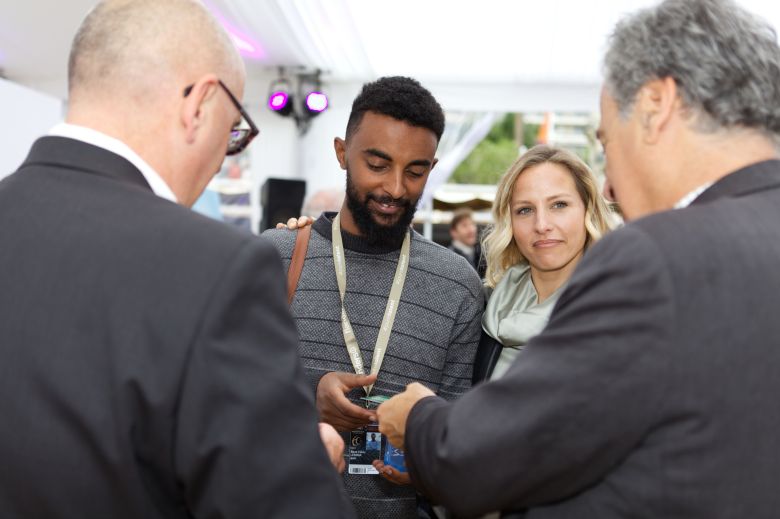 I was attending the Berlinale Talents on a cold February morning when I received the news. The idea of pitching my film at yet another big film festival, a place where a significant amount of my favorite films have premiered, was quite surreal. Now, three months later, excitedly packing my bags to leave for the south of France, I kept wondering why there was only one film from my country in the entire history of the Cannes Film Festival to be designated as an Official Selection.

Filmmaking in Ethiopia is a very peculiar concept. We had a short-lived yet strong film history during the era of Emperor Haile Silassie, who encouraged modernity in all forms of expression before a military junta replaced the monarchy and the drive to use film as a propaganda tool increased. There were numerous filmmakers sent to the USSR to learn the craft in order to come back and keep the propaganda machine running. However, following two decades of civil war that saw the dictatorship toppled, the film industry in Ethiopia became dormant.

The evolution of the digital camera over the new millennium led to a renaissance of sorts in the Ethiopian film industry due to the production of small DSLR cameras. In a country with very few professional film schools, it was up to the young filmmakers to learn the craft and technique of filmmaking on their own. Consequently, it wasn’t long before the industry started producing around 50 films a year, cinemas opened, and people started queueing in lines for hours. However, very few films reached the international audience because, among other reasons, until very recently, the industry in Ethiopia was self-sustaining and investors made their money back by showing the films locally. “The Last Tears of a Deceased”

As a filmmaker with no formal film school background, my road to the industry was more or less the same. I learned cinema by watching films and trying to make something of my own. “Ballad of the Spirits,” my first short film, about a man who descends into an existential crisis after his long-term relationship abruptly ends, was what I made to test my potential as a filmmaker. To my surprise, this short film that I made with a few friends and a $500 budget is showing at numerous film festivals around the world. Now, in Cannes, one short film to my name and a feature in development, the possibilities seem endless.

My upcoming film, “The Last Tears of a Deceased” is a meditative feature drama about a young Ethiopian orthodox priest who starts to doubt his faith following his ordainment as a servant of God. It’s a tale of faith, death, and destiny. For a film of this size and a story this sensitive, I realized shooting on weekends with a couple of friends and a shoestring budget won’t be enough. We don’t have any government funding for film, or a private sector interested in investing in projects like mine. So, I needed a professional bridge between our burgeoning film industry and the outside world. My trip to Cannes, supported by the International Emerging Film Talent Association (IEFTA), was to make this happen and also learn from industry professionals from around the world.

I was always afraid I would face a resistance of some sort when pitching my film, the story being small in scale and specific to a changing Ethiopia, but the interest I encountered was eye-opening. It was a reminder that people are curious to see good stories, no matter the theme, the geography, or the people behind it.

During my week in Cannes, a festival I’ve wanted to go to ever since I knew I wanted to be a filmmaker, I attended the Marché du Film’s industry workshops, one-to-one meetings, networking cocktails, film screenings, and presentations at the African Pavilion. The Industry Workshops is the official conference run by Marché du Film of the Cannes Film Festival, which runs for 3 days and provide individual lectures on topics like co-production in Europe, international financing, and navigating multiple distribution platforms. It is limited to 350 participants who want to come to Cannes and improve their skills and knowledge of the international film market. Three of the panels that stood out for me were “Low Budget Filmmaking” by Katriel Schory from the Israel Film Fund, “Branding Yourself and Your Projects” by Roshanak Behesht Nedjad from Germany’s In Good Company, and “Mining Europe For Production Finance” by Linda Beath from Ideal Filmworks Italia. 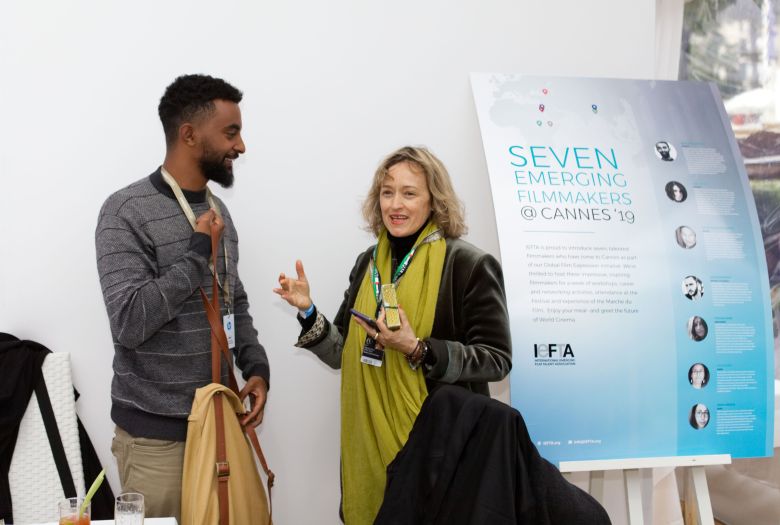 I got to meet film professionals from all around the world and it made me certain once again that the filmmaking community is a small community of people trying to make magic happen. It was overwhelming in many ways, but I learned that Cannes is not only a place where films are seen, but a place where films are pitched, financed, sold, and bought. And that for a lot of people, the art and business of film are two sides of the same coin.

Growing up, changing the narrative about Ethiopia in the global stage was a dream of most people in my generation. Young Ethiopian filmmakers, part of an industry that evolved by itself without any expected help from the government, share that same dream. As I finish the festival and start heading home, I can’t help but think about the prospective of films from my country, including my own, making it to world class festivals like Cannes if we manage to create the necessary platforms, collaborations, and support system we lack as an industry. The week I spent in Cannes was encouraging in that regard. I met interested producers from the UK, distributors from the U.S., and co-production company executives from Europe.

Now, sitting on my couch, getting in touch with these potential collaborators, I look forward to seeing what’s ahead. Ethiopia has wonderful stories to tell, and now, the spotlight is on its young filmmakers. All we have to do is step up and own our story.