[Spoiler alert: The following story contains spoilers for How I Met Your Father Episode 9.]

HIMYM fans are treated to a throwback right at the beginning of the newest How I Met Your Father episode, which dropped on March 8. Kyle MacLachlan and Laura Bell Bundy return as The Captain and Becky, respectively.

For fans in need of a refresher, The Captain met the HIMYM gang through his ex-wife, Zoey (Jennifer Morrisson), who dated Ted (Josh Radnor). The Captain then became Lily’s (Alyson Hannigan) boss in the art world. Meanwhile, he married Becky, who had also previously dated Ted.

How I Met Your Father Episode 9 opens with The Captain in bed with another unidentified woman as Becky walks in on him. According to Future Sophie (Kim Cattrall), who tells her son about the affair, this incident will somehow connect to her story later. Unfortunately, the connection has not yet been made clear. Although the cameos are brief, they certainly set the stage for an intriguing mystery. 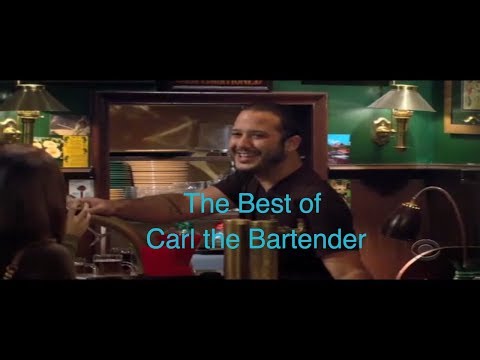 Apparently, The Captain and Becky are just the start of more cameos to come later. Many eagle-eyed fans have noticed that IMDb‘s cast list for How I Met Your Father Episode 10 features another familiar HIMYM face: Joe Nieves, a.k.a Carl, the bartender.

Carl served as the head bartender at MacLaren’s Pub for years, sometimes chiming in on the HIMYM gang’s conversations. He didn’t appear too frequently, but he added to some of the CBS comedy’s most hilarious moments. For example, in one episode, he closed the bar early due to snow, allowing Ted and Barney (Neil Patrick Harris) to live out their dreams of opening a bar named Puzzles.

Hopefully, Carl’s presence in How I Met Your Father means that Sophie (Hilary Duff) and her friends will finally visit MacLaren’s. However, it’s also possible he could pop into Pemberton’s, the HIMYF gang’s hangout spot. Fans will have to tune in to episode 10 to find out.

How I Met Your Father fans have long asked for HIMYM cameos. So, why did it take so long to make that happen? According to series creators Isaac Aptaker and Elizabeth Berger, they wanted to establish HIMYF as its own show before bringing the HIMYM world into play. Aptaker told TVLine:

It takes a while, especially on a multi-cam show, to get to know the characters, the friend group and the vibe, and we wanted to make sure to give How I Met Your Father room to stand on its own two feet before we started bringing in bigger pieces from the expansive How I Met Your Mother universe. Toward the end of this season felt like the right time to dip our toes into the water and bring some of those beloved characters back.

Hopefully, Carl won’t be the last returning HIMYM face. And with How I Met Your Father Season 2 now on its way, there are plenty more chances for fan-favorite cameos.

How I Met Your Father Episode 10 drops on Hulu on March 15, 2022. After that, the entire first season will be available for streaming.