At only age 24, it seems like nothing can stop Zendaya. The former Shake It Up star more than proved her dramatic acting chops in the HBO series Euphoria — and recently, the Emmys awarded or for it. Here’s how the actor made history with her Emmy win in 2020. 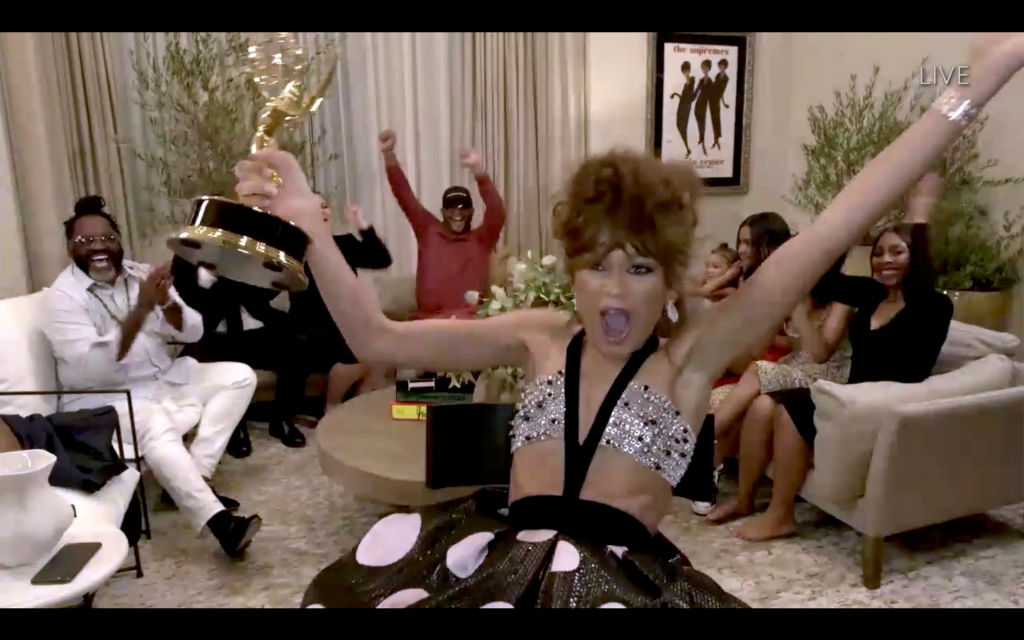 In a win for Gen Z, former Disney Channel star Zendaya snagged the Emmy for Outstanding Lead Actress In A Drama Series. Zendaya beat out some seasoned performers — Oscar-winners among them — in her category. Laura Linney, Sandra Oh, Olivia Colman, Jennifer Aniston, and Jodie Comer all went home (or rather, stayed home) empty-handed.

According to The Hollywood Reporter, Zendaya’s impressive feat actually broke an Emmy record.

She is “the youngest-ever best actress in a drama series winner,” the publication reported.

That record was most recently broken only last year, by Killing Eve star Jodie Comer, who was 26 at the time she received the Emmy.

Zendaya was overcome with joy upon receiving the award, surrounded by family members and her team, who celebrated along with her. Her acceptance speech was full of emotion — the main one being gratitude.

“I know that this feels like a really weird time to be celebrating,” Zendaya said. “But I just want to say like there is hope in the young people out there.”

She acknowledged that Euphoria (with its intensely dark subject matter) “doesn’t always feel like a great example of that.” But out of darkness, there is light — especially for the youth. 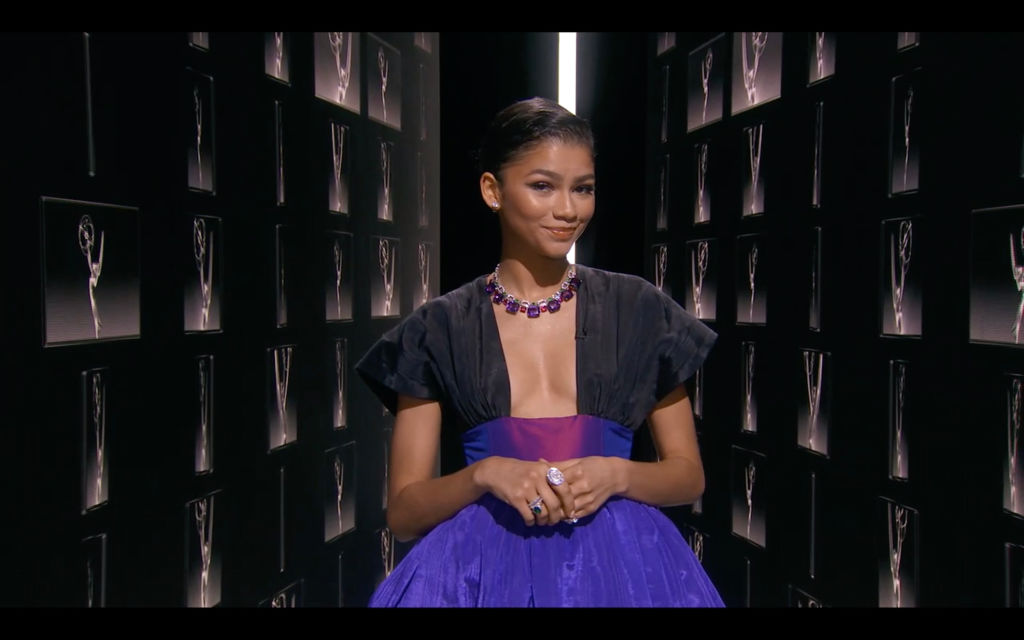 “… there is hope in the young people,” she continued. “To all my peers out there doing the work, in the streets: I see you, I admire you, and I thank you.”

Zendaya also changed her Instagram profile picture to the reaction shot of her after hearing about her Emmy win.

“Still don’t really have any words,” she wrote in an Instagram caption under a picture of herself with her Emmy award. “… feeling so much love right now, thank you.”

I have a lot to say, and I don’t know how to get it out, or even process these last 8 weeks but I’ll try. I’m so grateful for this show. For the beautiful family I’ve gained from it, for the self discovery and purpose I’ve found in it, and the people that we’ve been able to connect with and speak to through it. We spent months, hard months, pouring ourselves into something we love, and it was an honor to have done so beside so many insanely talented, extraordinary people. From my brilliant cast mates, H&MU, Costume Design, Cinematographers, ADs, Producers, the whole crew, each of you have inspired me and pushed me to be better everyday. Sam, thank you for trusting me with the most honest parts of yourself and bringing Rue into my life, for both of you, I’m forever grateful. Alright I could do this forever. But you get the idea, I’m thankful for a lot. And also for all of you out there for receiving our work with an open heart. Can’t wait to do it all again! With all this being said, the finale episode 8 tonight💙

According to the Emmys website, Euphoria was nominated for a total of 6 nominations this year. The HBO show did well for itself; they made out with a 50% success rate.

In addition to Zendaya’s prize, the artist Labrinth took home the trophy for Outstanding Original Music And Lyrics. He won for the song that closed out Euphoria‘s first season: “All For Us.”

Euphoria was nominated for Emmys in Music Composition, Music Supervision, and Modern Costumes, as well, but did not win in those categories.