Home » TV & Movies » ‘I can’t believe it’: Blake Shelton has an edge going into ‘Voice’ finale after shocking reveal

‘I can’t believe it’: Blake Shelton has an edge going into ‘Voice’ finale after shocking reveal

The final five is set on “The Voice.”

After Monday night’s knockout semifinal performances, the field of Top 9 contestants was narrowed down to five finalists during Tuesday’s live results show.

Reigning champion Blake Shelton, the winningest coach in “Voice” history, now has the best chance at earning his 8th title heading into next week’s finale with two singers in the Top 5. The other coaches – Kelly Clarkson, John Legend and Nick Jonas – each have one singer left on their teams.

The artist from each team with the most viewer votes automatically advanced to the finals.

Victor Solomon’s moving rendition of Tamela Mann’s version of the gospel song “I Can Only Imagine” was enough to move on. The Team Legend finalist hopes his performance inspires people to “think of their own relationship with God.” 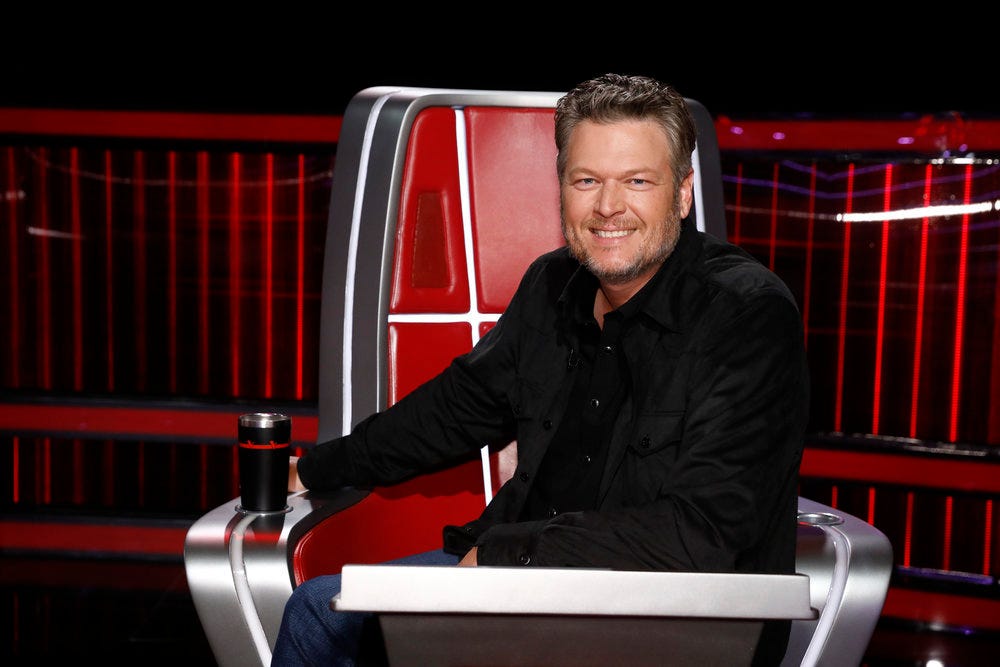 Team Clarkson’s Kenzi Wheeler advanced after singing George Jones’ “He Stopped Loving Her Today” in honor of his mother, who was ecstatic to hear him sing her favorite song.

Team Jonas’ Rachel Mac also earned a trip to the finale after her emotional rendition of Christina Perri’s “Human.” The high school student, who battles depression and bullying, assured others facing similar struggles that “you will get through it.”

Team Shelton’s Cam Anthony moved on following his stripped-down version of Boyz II Men’s “It’s So Hard to Say Goodbye to Yesterday.” He thanked his supporters for sticking by his side over the years, because “I’ve been doing this for a long time.” 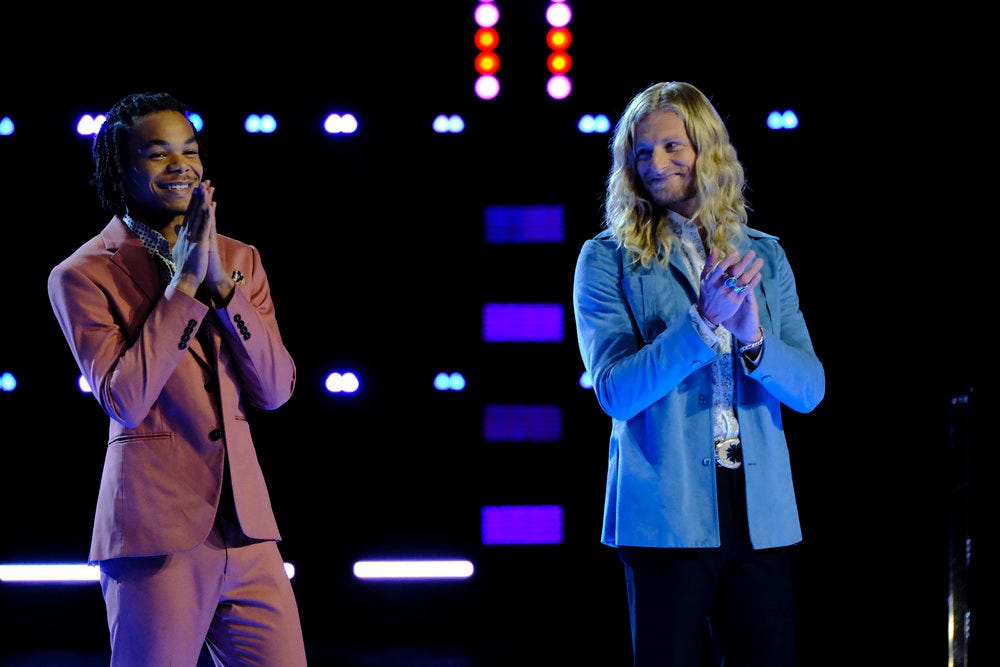 Renee lent her seductive sound to Billie Eilish’s “everything i wanted.” Legend said Renee has “given us so much of (her) heart during this journey,” adding that she’s showed “America what you can do.”

Ward, who earned the Instant Save last week, laid his heart on the line on Goo Goo Dolls’ “Iris.” Clarkson said he has a knack for “picking great songs” and wearing “your heart on your sleeve.”

Monique blew the roof off the building with a powerful performance of Anita Baker’s “Caught Up in the Rapture.” Jonas said she’s “showed up every performance.” He added, “You absolutely have to stay in this competition, so I’m pleading with America.”

Young highlighted his signature style of country and rock on Uncle Kracker’s “Drift Away.” Shelton joked that “this guy was born in the wrong decade. Still to this day he wishes it was 1995.”

Zoë pulled out all the stops on her rendition of Lewis Capaldi’s “Someone You Loved.” Clarkson, in awe of her young age, gushed: “It’s crazy that you are 17 to me and this incredibly gifted.”

Host Carson Daly added, “America, you’ve got yourself a tough choice tonight for the Instant Save.”

With no more coaches’ saves in play, it was up to America to decide who advanced. The winner was decided by a five-minute flash round of voting.

In the end, Young advanced to the finals.

“I can’t believe it,” Young said after the announcement. To his coach Shelton, Young said, “Thank you so much for just letting me by myself. I’ve always felt like an underdog.”

Renee (Legend), Zoë (Clarkson), Ward (Clarkson) and Monique (Jonas) were eliminated after failing to clinch the Instant Save.

The Top 5 will perform live during Monday’s finale on NBC at 8 EST/PST.