I'm A Celebrity 2021 line-up: Who is rumoured to be entering the jungle?

Rumours are already going around about who will be taking part in the I'm A Celeb 2021 series. Let’s take a look… 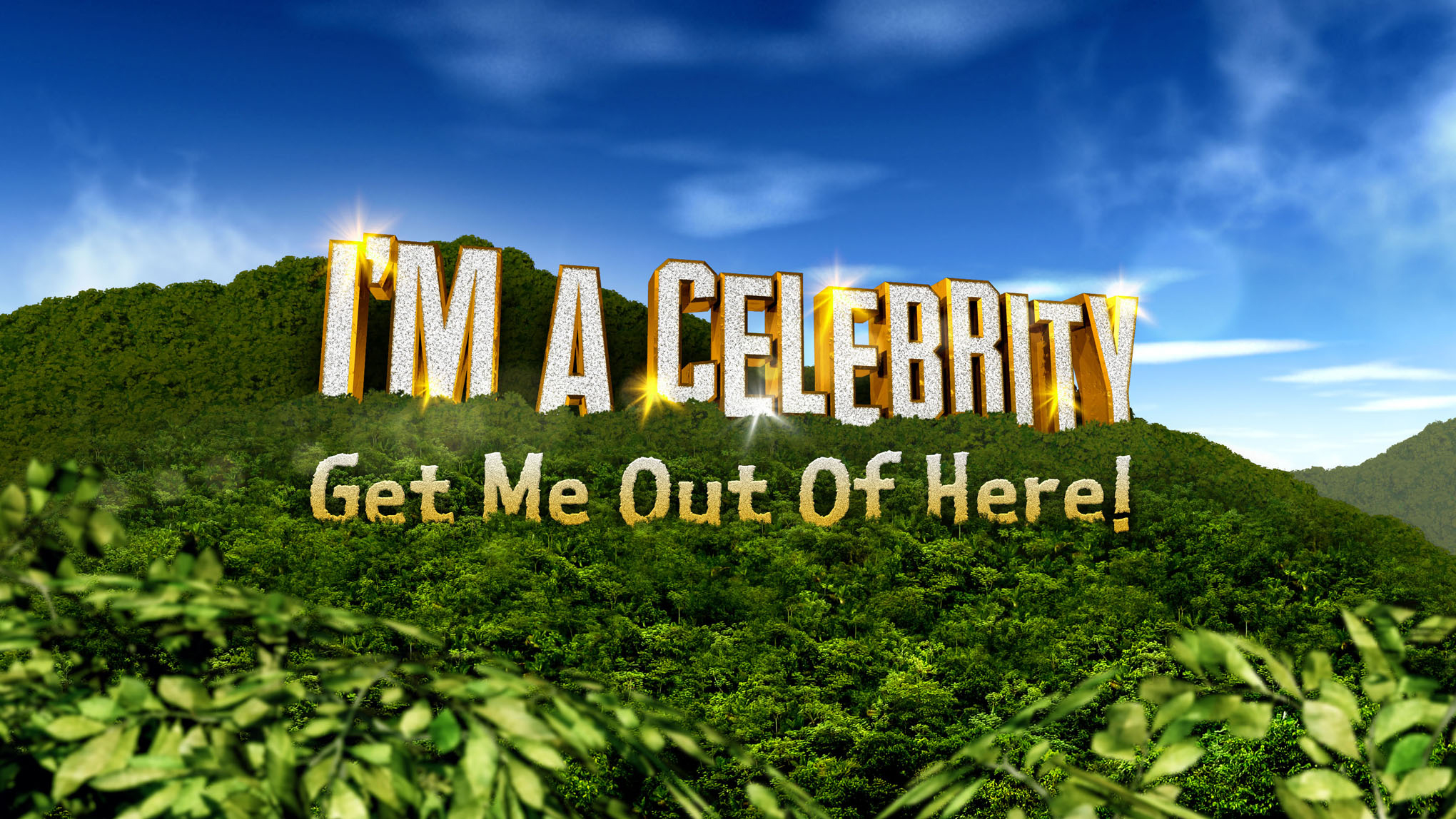 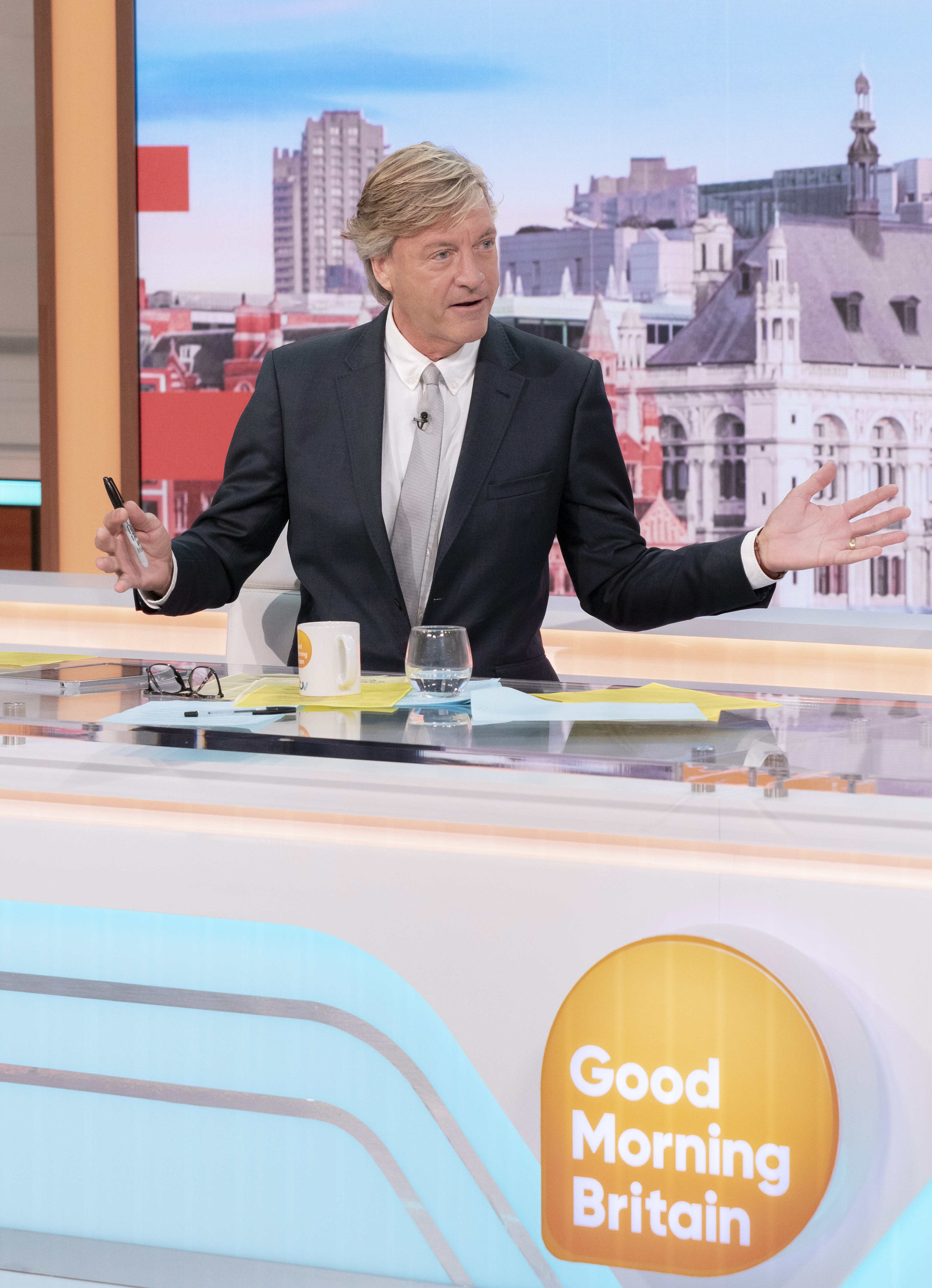 Good Morning Britain's Richard Madeley has reportedly signed a "£200k" deal to be in the next season of I'm A Celebrity.

A source told The Sun: "Richard's been asked year after year but the timing has never been right. But now, finally, he's said 'Yes'.

"He’s a favourite with ITV execs. He’s brilliant off and on screen so it seemed as good a time as any to throw caution to the wind and eat animal bits.

"He’s a fantastic coup and a nailed-on fan favourite.

"Once you wind him up, off he goes — he will make for castle gold." 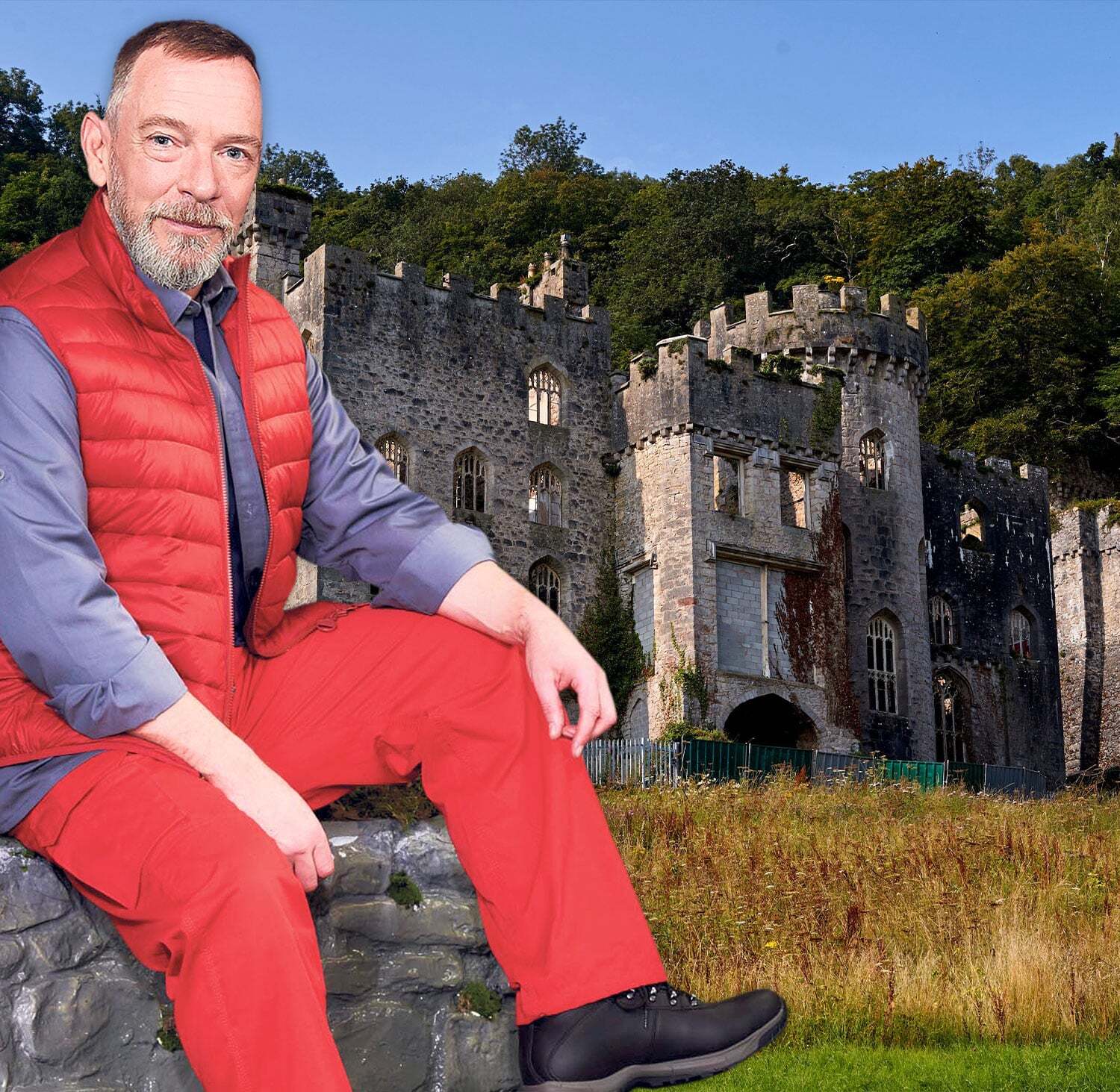 Adam Woodyatt – also known to millions as Eastenders' Ian Beale — has agreed to take part after bosses offered him a bumper pay deal reputed to be worth as much as £250,000.

The actor — who is the BBC soap’s longest-serving cast member — is currently on a break from Albert Square.

I’m A Celebrity chiefs are said to be thrilled that Adam is joining the line-up.

One insider exclusively revealed to The Sun: “Adam was a big target for the casting team — he is a soap legend and is certain to be a huge hit with fans." 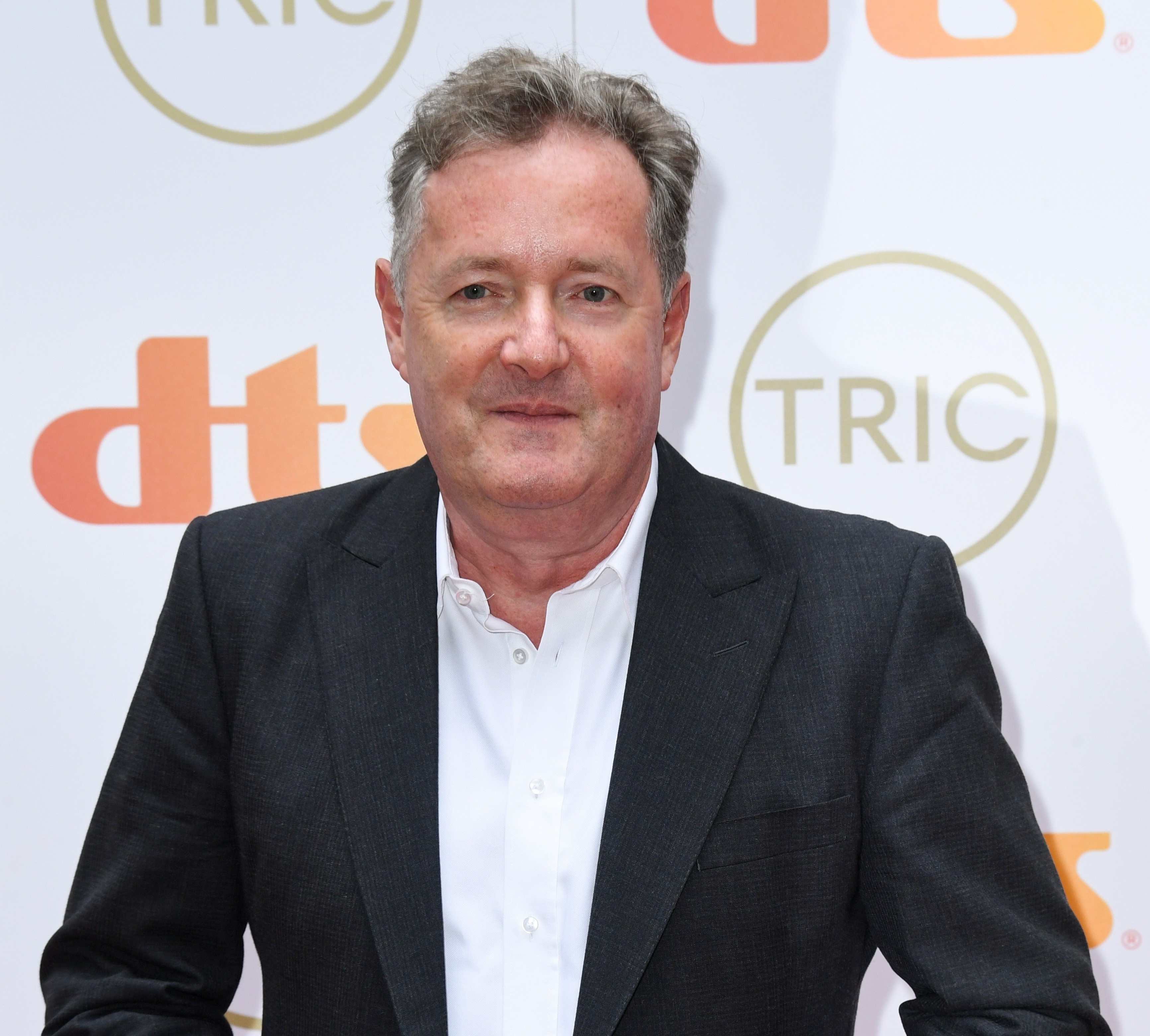 It’s not the first time that the broadcaster's name has been thrown around for the 2021 series of I’m A Celeb.

After his sudden exit from Good Morning Britain in March 2021, Piers Morgan was immediately linked to a spot on I’m a Celebrity.

However, it wasn't long before he gave a strong “no” to the show.

Ant and co-star Dec both shared that they would be keen for Piers to join the jungle.

Speaking on the Lorraine show, Ant McPartlin teased: "He's not working at the moment, so you know, he'll be looking for a job."

Piers has however just signed a TV deal with News UK, which means it would likely rule him out of appearing on the show anyway, but we could still be in for a shock. 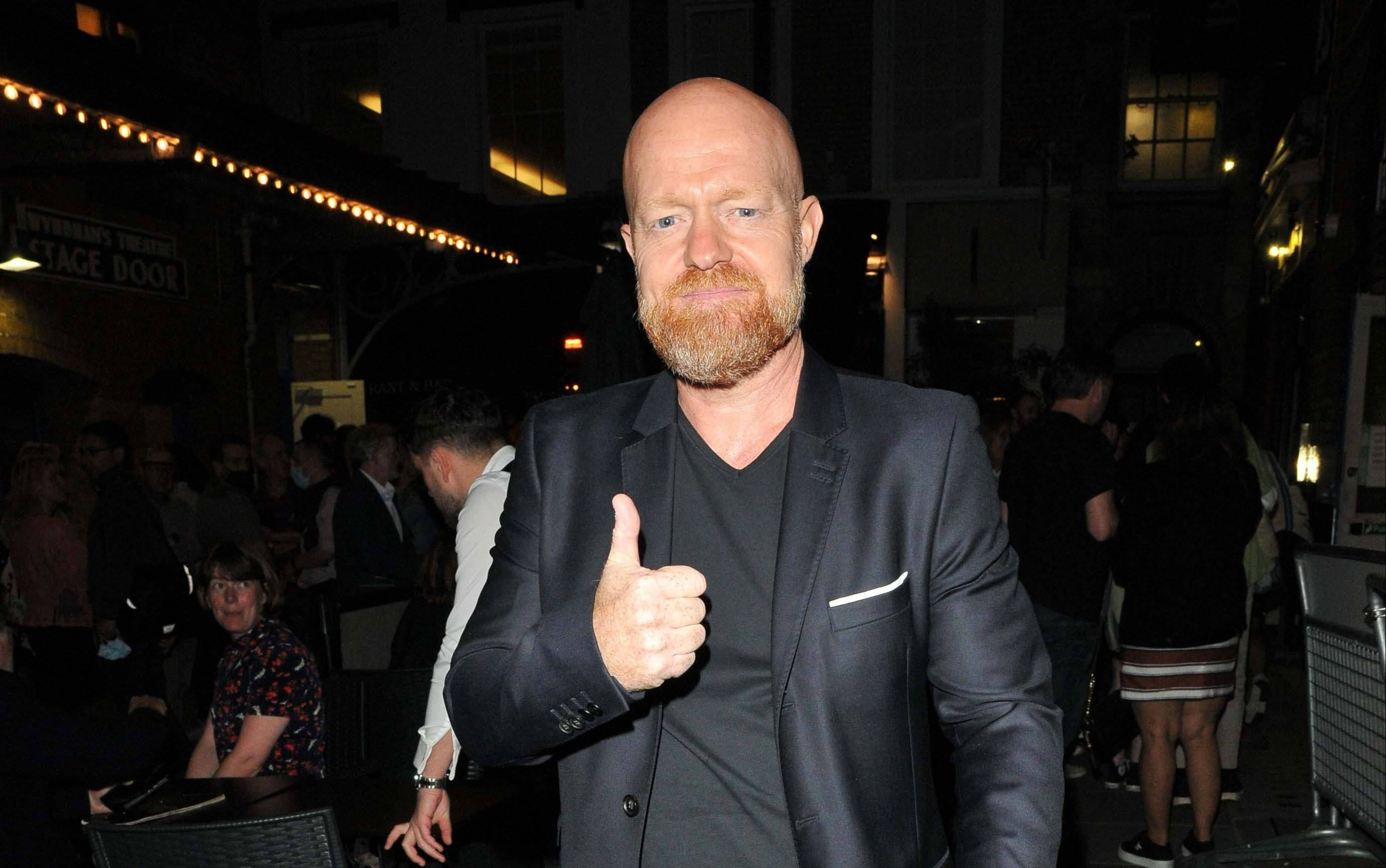 EastEnders star Jake Wood was one of the first celebrities to mention that he would be keen for a spot in the jungle.

While on GMB, presenter Ben Shephard asked if the Max Branning actor would be finished with his filming in time to do the ITV reality show, Jake replied: “Yes, I finish in mid October and I’ve made no secret about it, I’d love to do the jungle.”

One source told The Sun: “He would love to go into the jungle,”

“He thinks it would be a great challenge for him and he has of course seen how well other ­EastEnders stars have done on the series.” 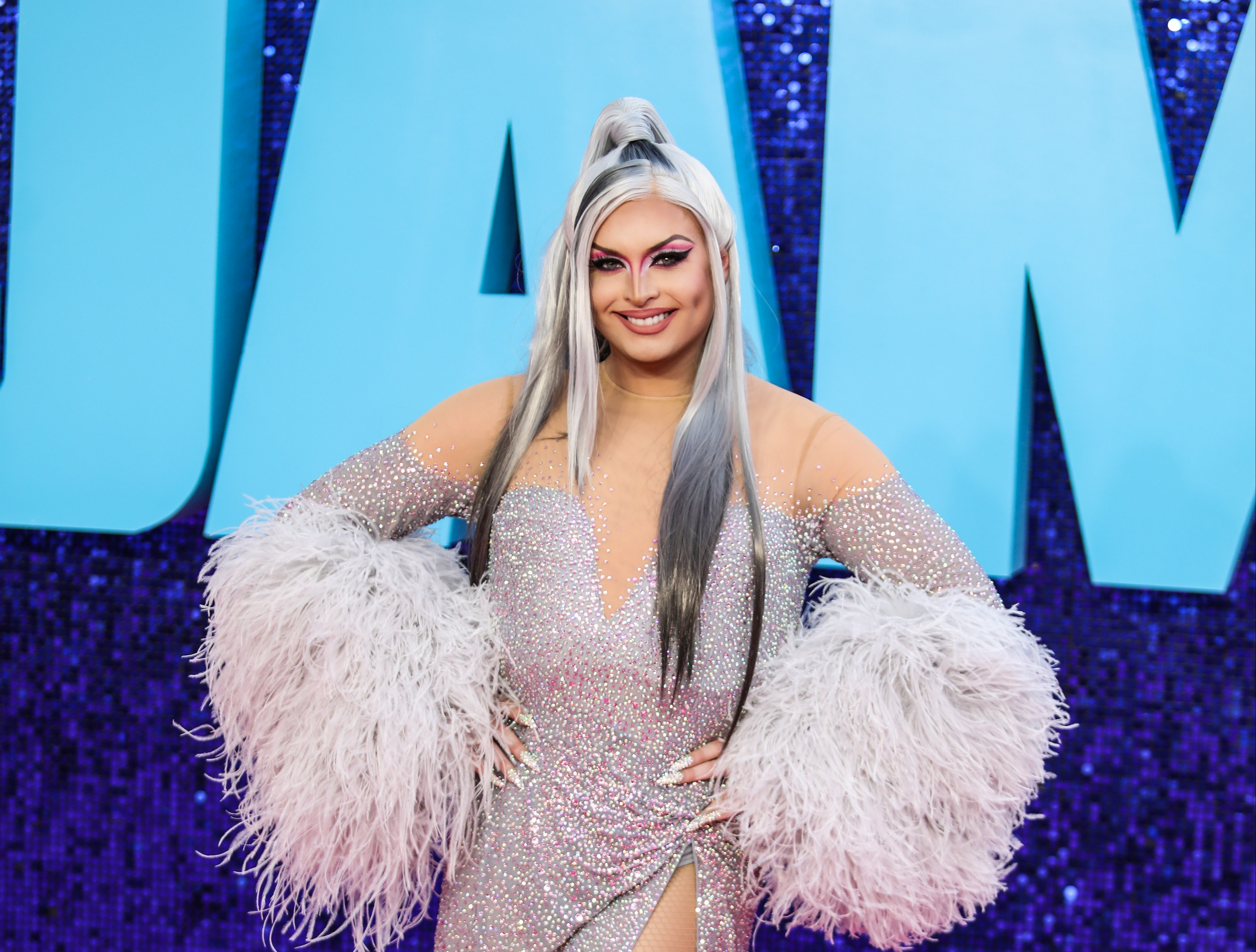 After the producers have seen the BBC3 series RuPaul’s Drag Race UK take off, they want a piece of the action.

It’s rumoured that I’m A Celeb are looking to cast their first drag queen this year.

“They’re keen to sign drag queens. They have big fanbases who would follow them to I’m a Celeb.”

Cheryl Hole met her namesake Cheryl – who used to have the surname Cole – on RuPaul's show. 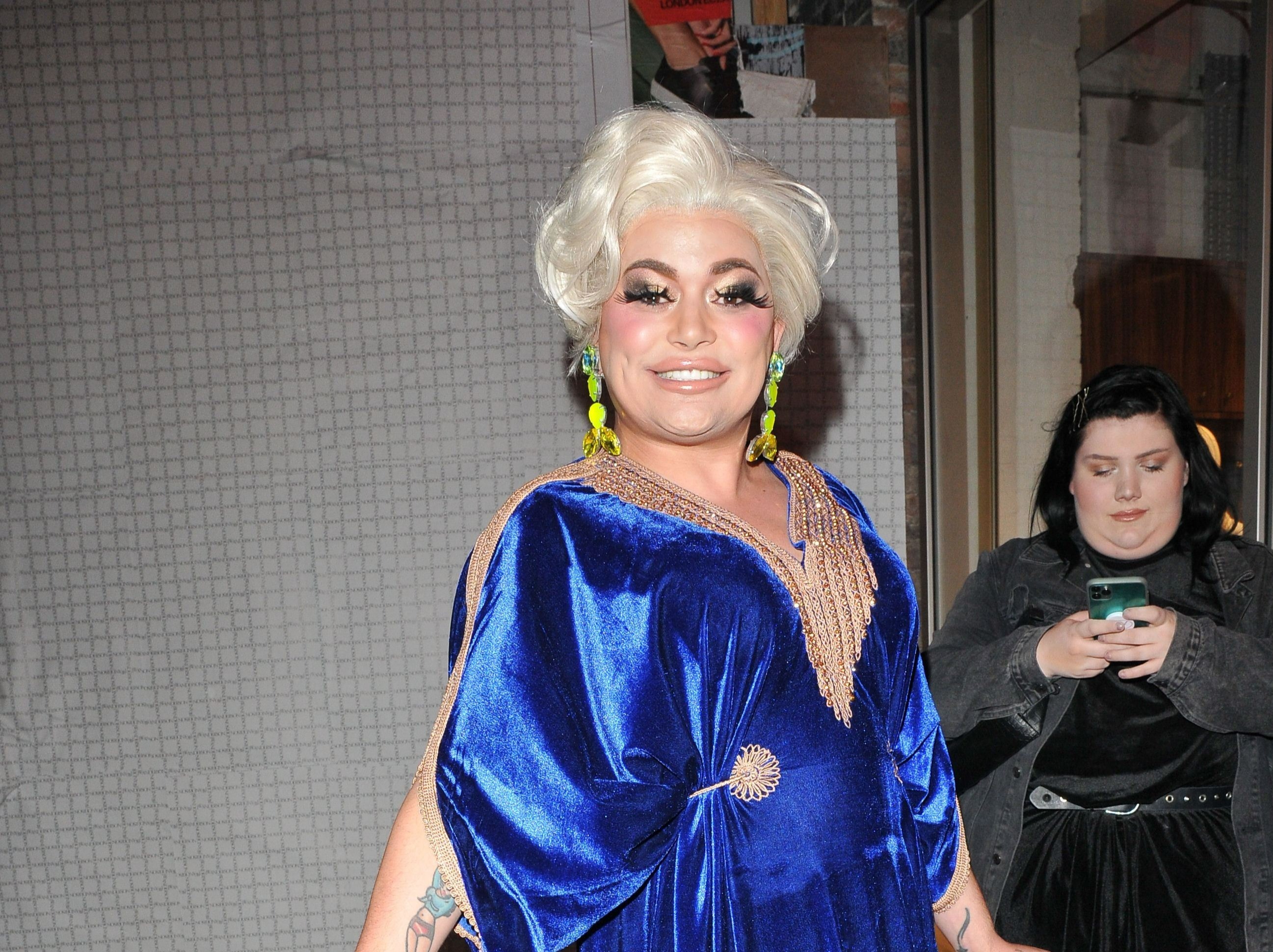 Ever since Baga Chipz rose to fame on the first series of  RuPaul’s Drag Race UK in 2019, she has been everywhere.

Whilst chatting exclusively to Heat, Baga said: “I’m a bit of a lazy cow when it comes to telly. [I’d do] anything where I can sit down, like I’m A Celeb. You can put anything in my gob. I’d get ten stars. I’d eat anything.

“I don’t think they’d be ready for me.

"You know how you had your Lady C and your Kim Woodburn? I’d be one of them. I’d be the talking point of the show, put that way.” 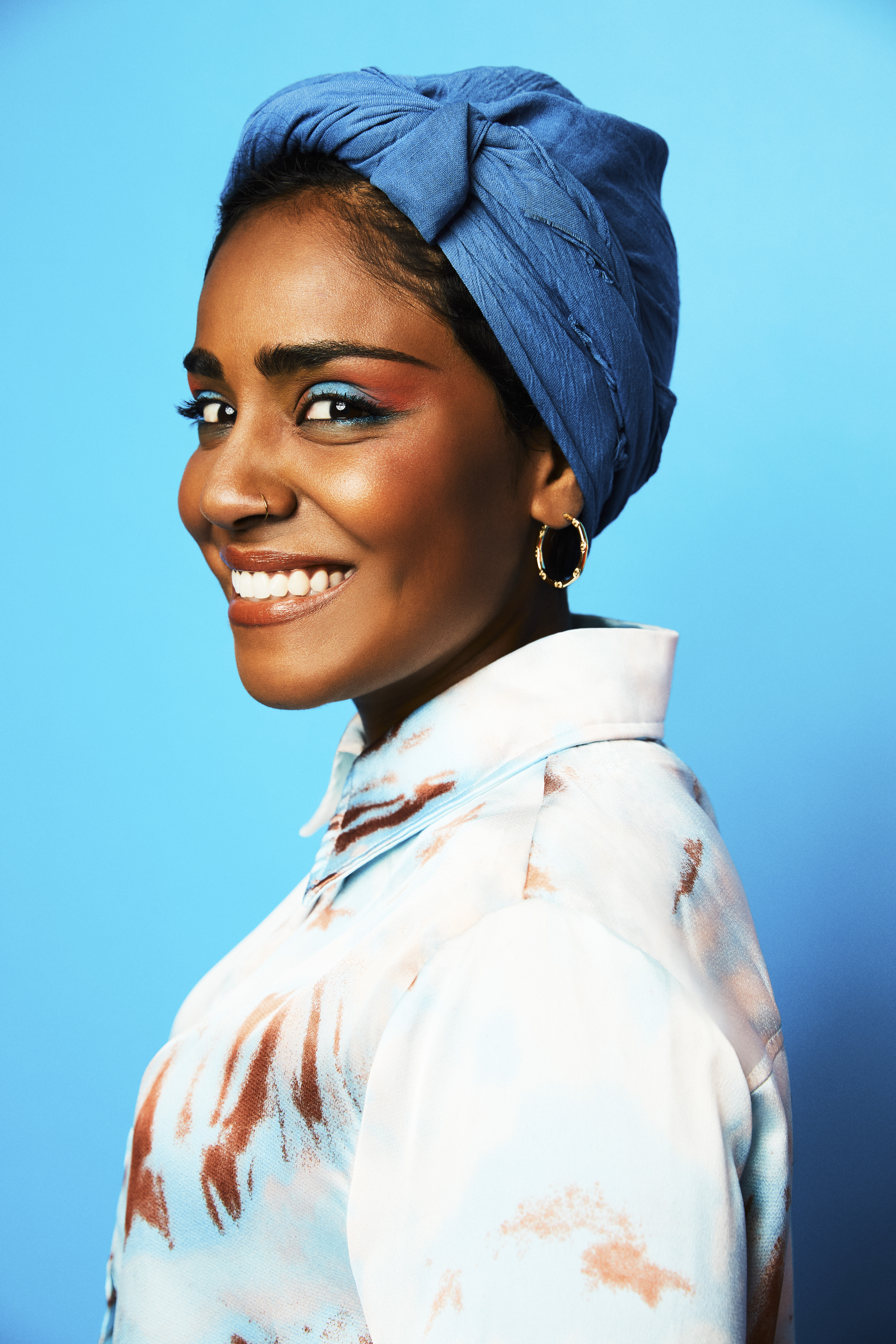 Former Great British Bake Offwinner Nadiya Hussain was approached to take part in the 2020 series but ended up declining the offer – although she regrets doing so.

Speaking to The Guardian, Nadiya said: “It’s just so cold in Wales: if I’m going to have cockroaches in my pants I’d rather it be in the sun, thanks. Still, I can’t help wondering what it would have been like.”

Will the bosses approach her again for this year's series? 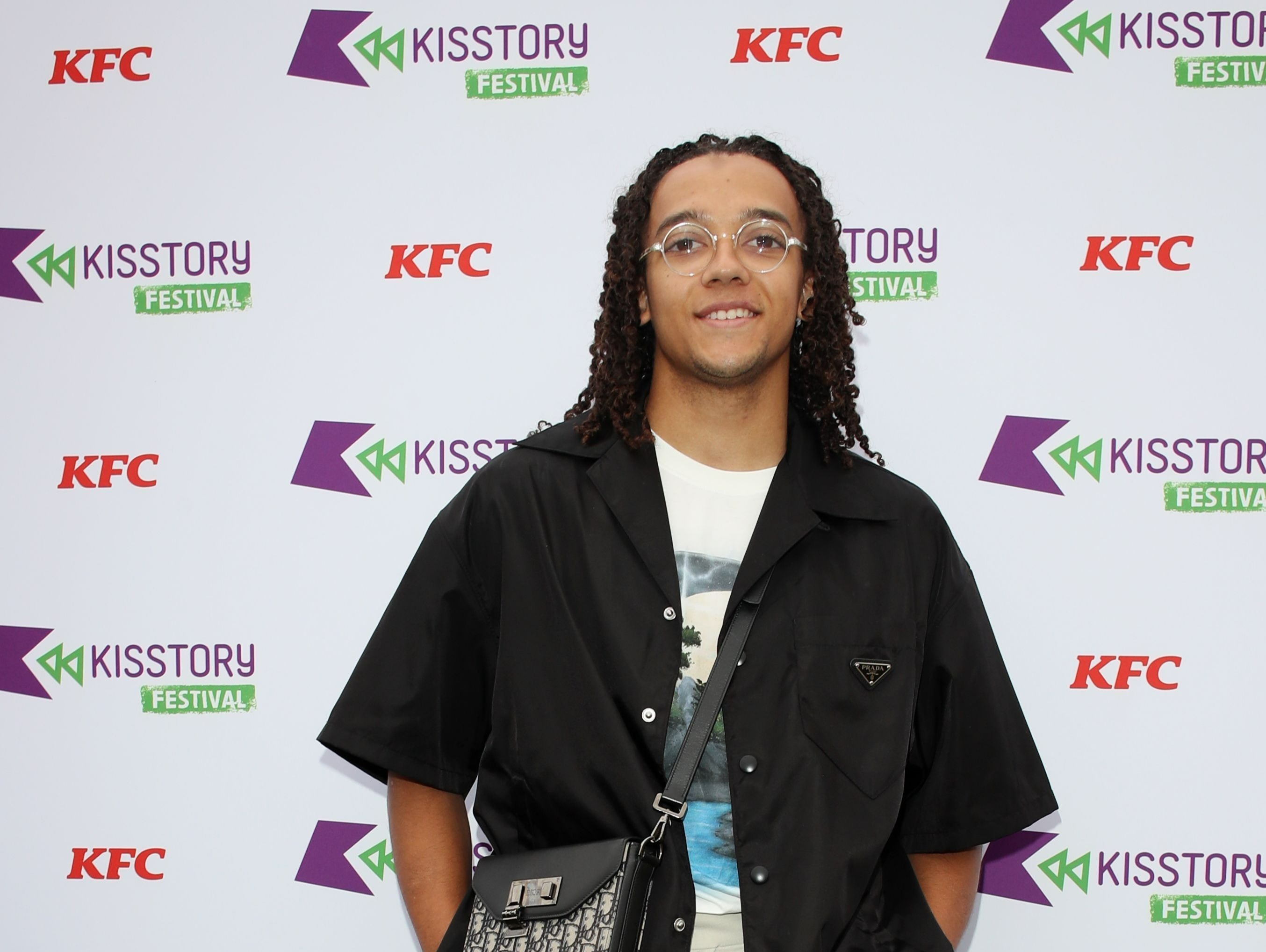 Perri Kiely has previously said he would be up for the challenge, after his dance partner Jordan Banjo took part.

Speaking to Digital Spy, The fellow Diversity member said: “Jordan has been in the jungle, and I love that normally everyone comes out and they’re like, ‘Oh my god, it was the greatest experience of my life. I’d do it again in a heartbeat.’

“Jordan came out and was like, ‘That was the worst thing I’ve ever experienced. Never send me back there again.’

"So I’ve got, like, two perspectives of it. But I’d like the challenge. So yeah, get me in there, why not?” 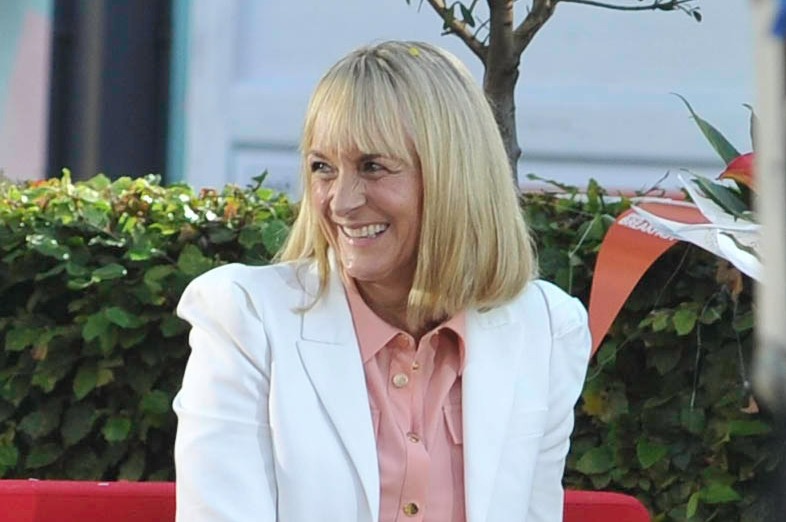 After vacating her spot on the BBC Breakfast sofa, Louise Minchin has been rumoured to be entering the castle.

The Sun quoted an unnamed source who said producers are hoping she could follow in the footsteps of fellow BBC broadcaster Victoria Derbyshire, who appeared on the 2020 series. 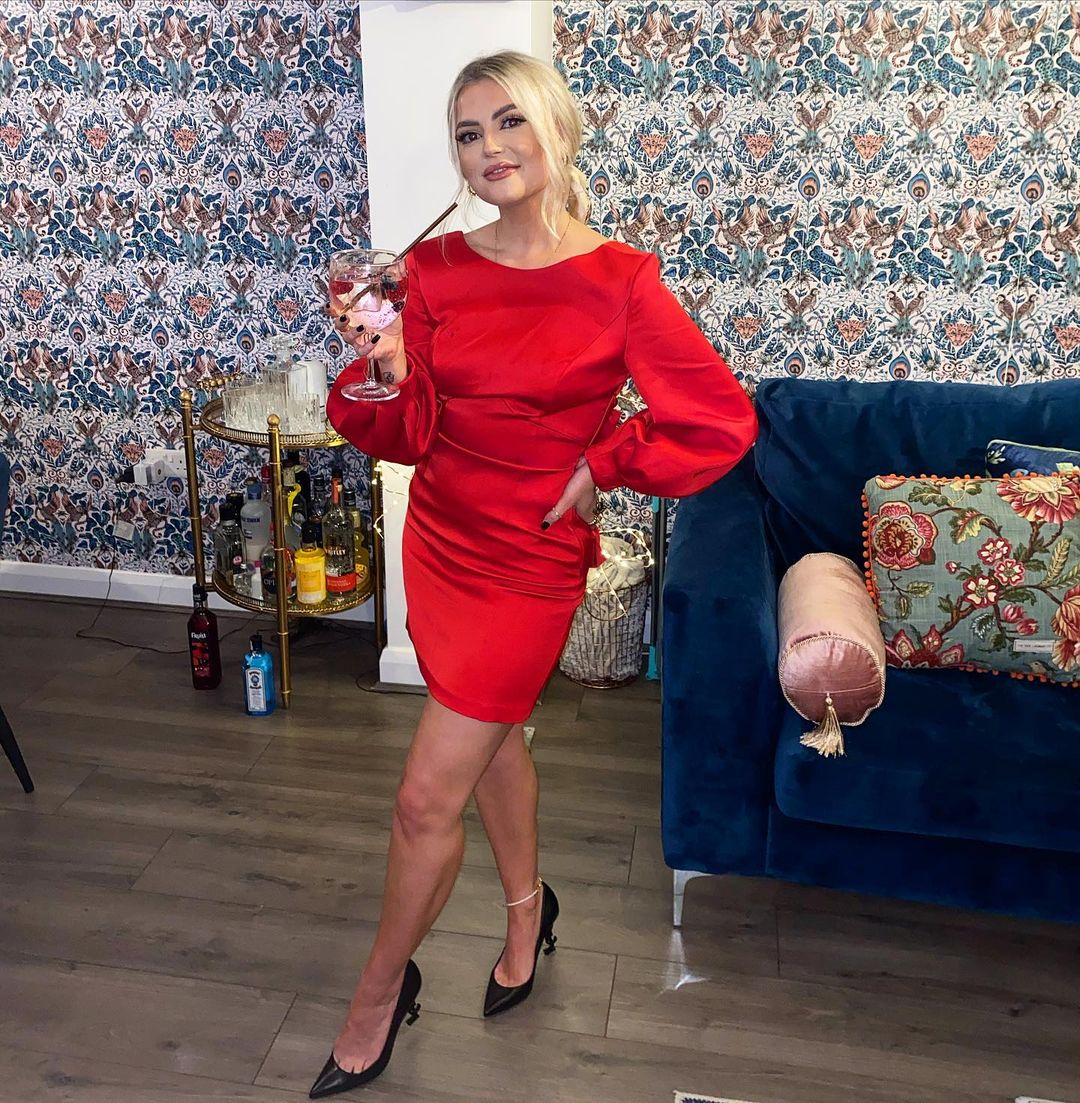 Coronation Street star Lucy Fallon has been rumoured in the line-up of I’m a Celeb after The Sun reported she’d lost out on a spot on this year’s Strictly Come Dancing line-up to fellow Corrie alum Katie McGlynn.

The Sun said that ITV had approached her after she missed out on Strictly and that was currently “considering” it. 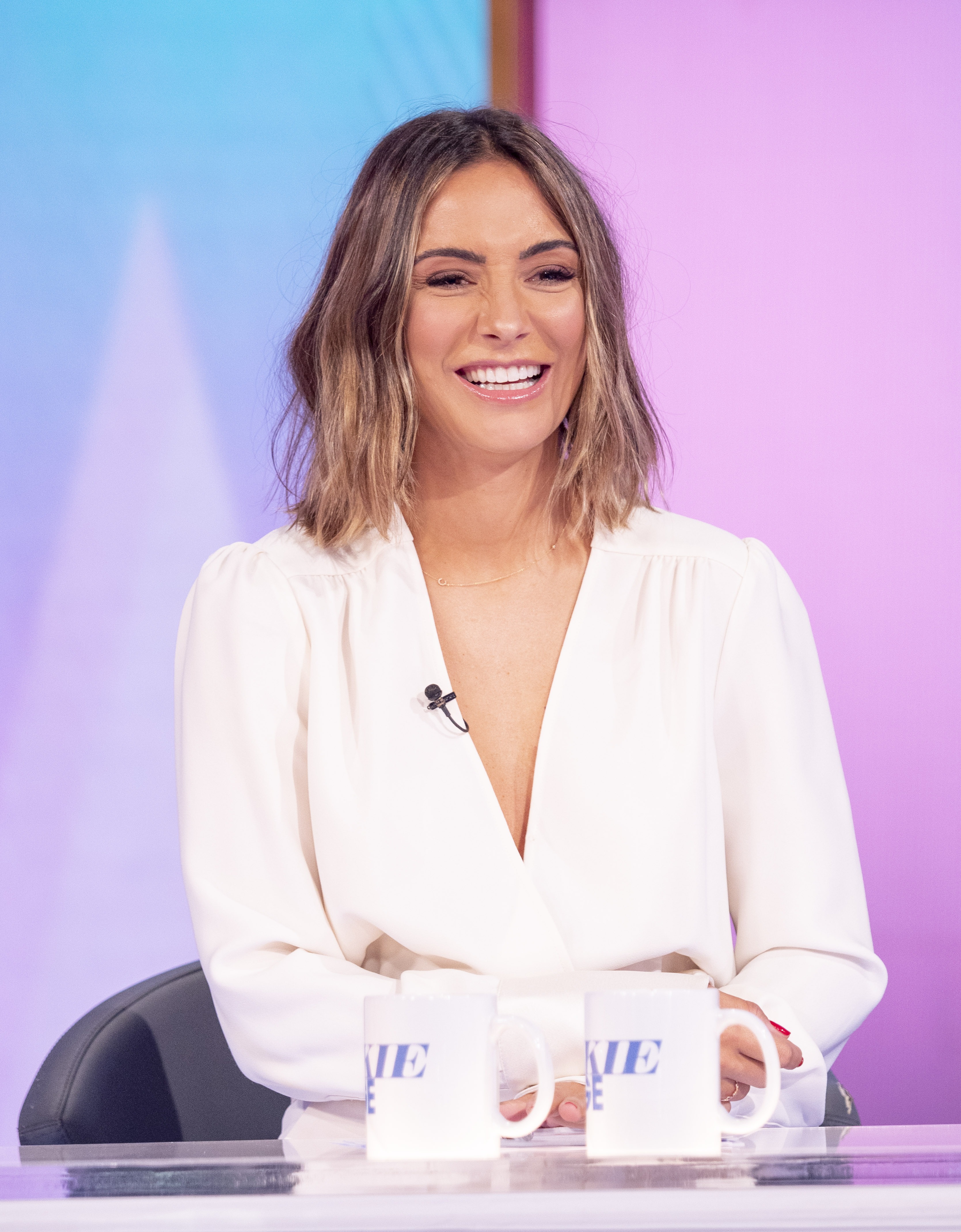 Frankie Bridge is the latest celebrity rumoured to be entering the castle.

The 32-year-old English singer-songwriter is a former member of S Club 8 and a member of girl group The Saturdays.

The Sun reports she was wooed with a "bumper deal" from ITV to follow in the footsteps of her husband Wayne Bridge, who competed in the jungle in 2016.

The source told the publication: "Wayne really enjoyed his time in the Australian jungle, and Frankie is looking forward to giving the show a go too. She is pretty excited. 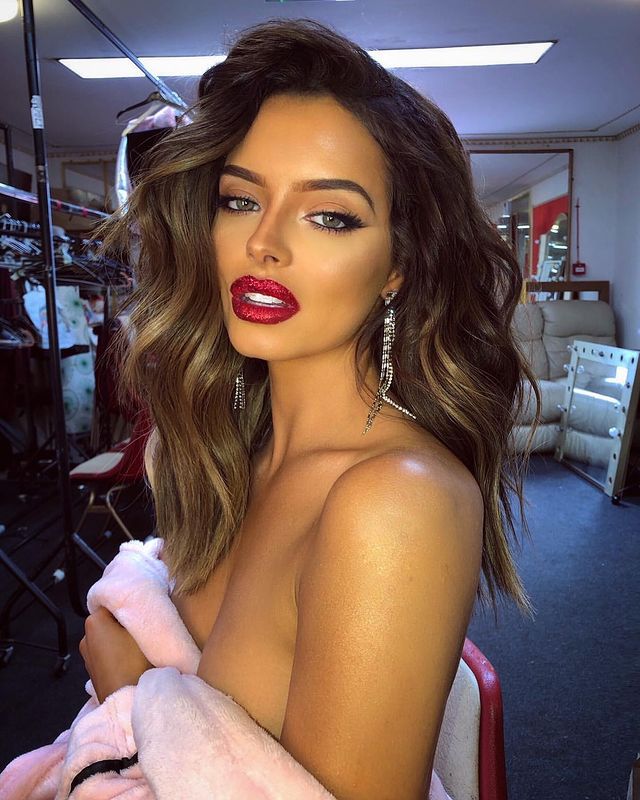 Love Island star Marua Higgins is set to be 'lined up for I'm A Celebrity appearance' after her split with Giovanni Pernice.

The latest odds from Ladbrokes currently have Maura at 7/2 to enter the Welsh castle when the popular series returns next month.

Jessica O'Reilly of Ladbrokes said: "With her ex-Giovanni making all the headlines on Strictly, a stint on I'm A Celebrity would be the perfect opportunity for Maura to create her own."

The exact date of I'm A Celebrity 2021 is yet to be confirmed.

Traditionally the show is aired from mid November to early December.

This page will be updated with the latest as soon as we know.