STACEY Solomon has had the perfect 32nd birthday as she counts down the days until her baby girl arrives.

The pregnant Loose Women presenter is was treated to a few surprises from her fiance Joe Swashas she's due to give birth any day now. 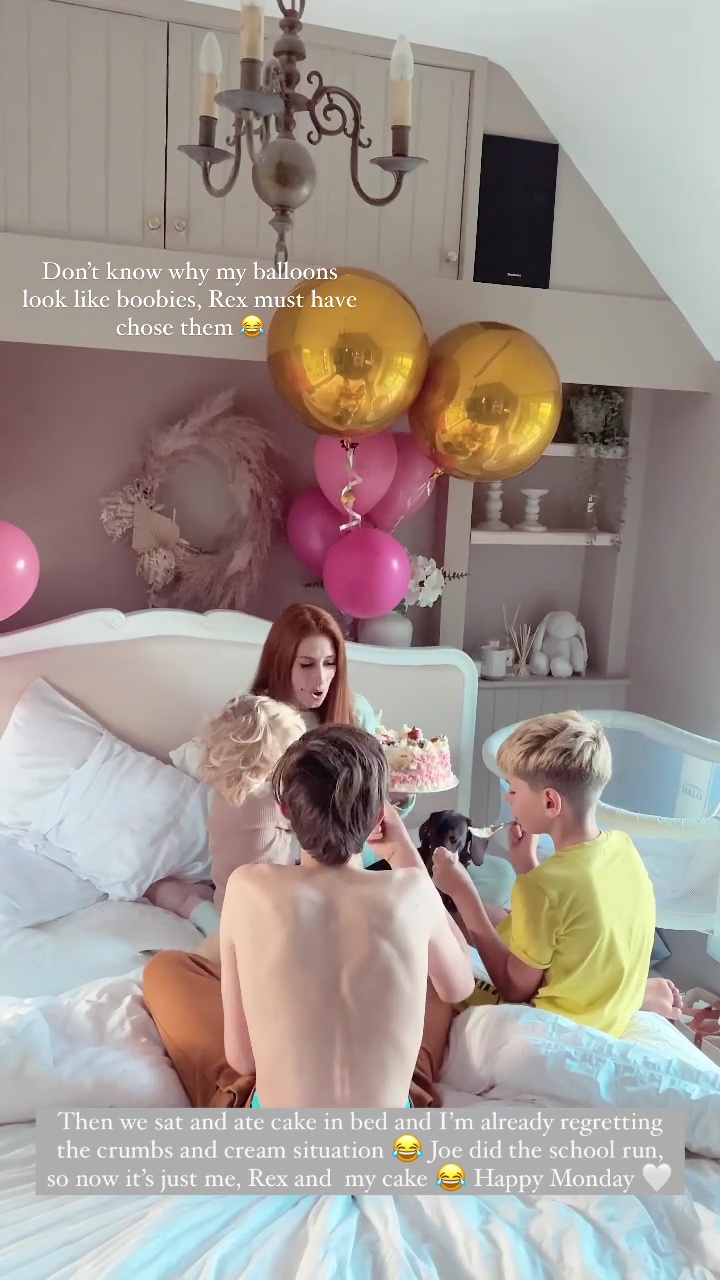 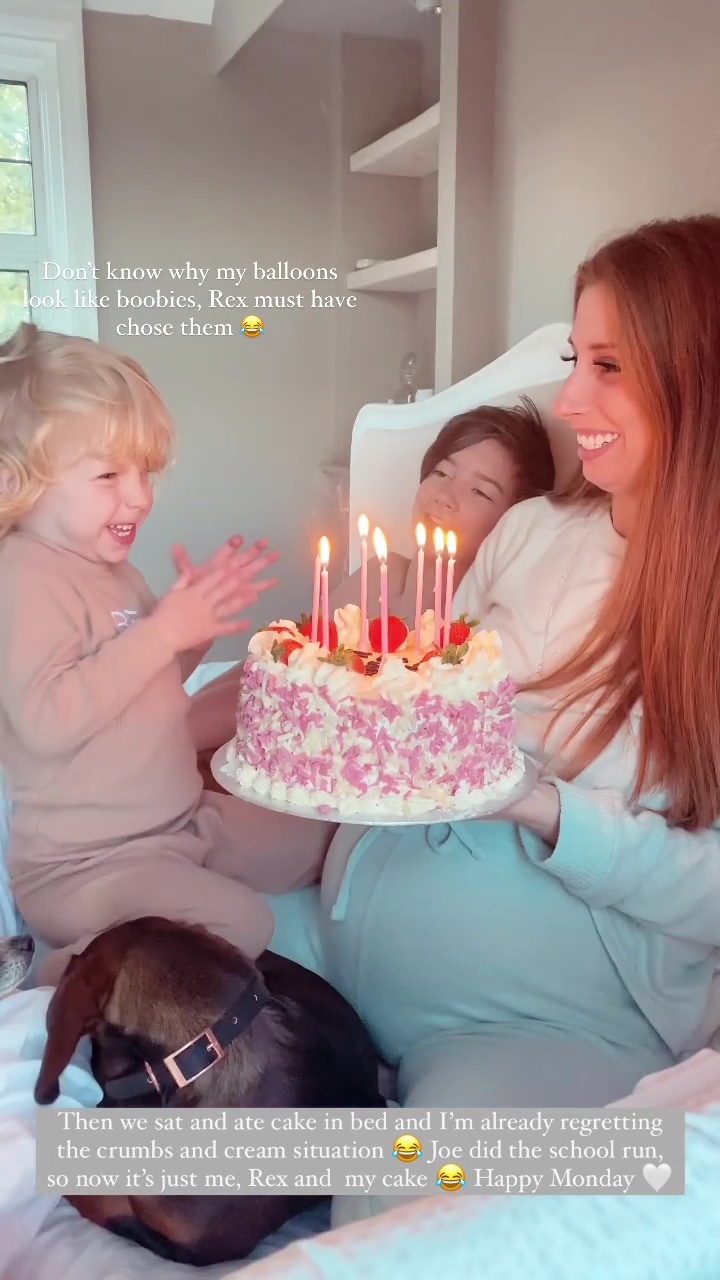 But before her daughter arrives, Stacey has been able to put her feet up and celebrate her birthday with her family.

The soon-to-be mum-of-four was woken up by Joe and her sons Leighton, Zachary and Rex walking towards her with a delicious cake.

She told her 4.7m followers: "Had a lovely morning with these three in bed.

"We had to do the birthday candles about nine times for Rex. He loved blowing out my candles."

Stacey continued: "Then we sat and ate cake in bed and I'm already regretting the crumbs and cream situation.

"Joe did the school run, so now it's just me, Rex and my cake. Happy Monday."

The star later shared an adorable snap of her cuddling up to Rex and her adorable pooch Peanut in front of their fireplace.

She captioned hte post: "Getting all the birthday kisses."

Stacey also thanked her fans for sending her all the birthday wishes.

She said: "I just love you all so much.

"Thank you for the nicest birthday messages ever. Best extended family in the world."

This will be Stacey's last birthday as a mum-of-three as she revealed that she is due to give birth at the end of September or the beginning of October earlier this year.

The X Factor star announced the happy news she was expecting back in June and confirmed she was having her first daughter a month later.

The telly favourite – who is known for her amazing DIY skills – admitted she couldn't resist doing some last-minute bits to the house before her baby arrives.

She shared shared a video on Instagram as she sat on the floor of her £1.3 million Essex home and got to work on another upcycling project.

Days before she sparked rumours she had given birth as she disappeared from social media.

And on Saturday an emotional Stacey admitted she’ll miss being pregnant "so much" as she cuddled up to Rex in a sweet pic.

Stacey already shares Rex with Joe, who they welcomed into the world in May 2019.

The telly favourite is also mum to Zachary and Leighton, who are from previous relationshups.

Joe shares his son Harry, 13, who he shares with ex-fiancee Emma Sophocleous. 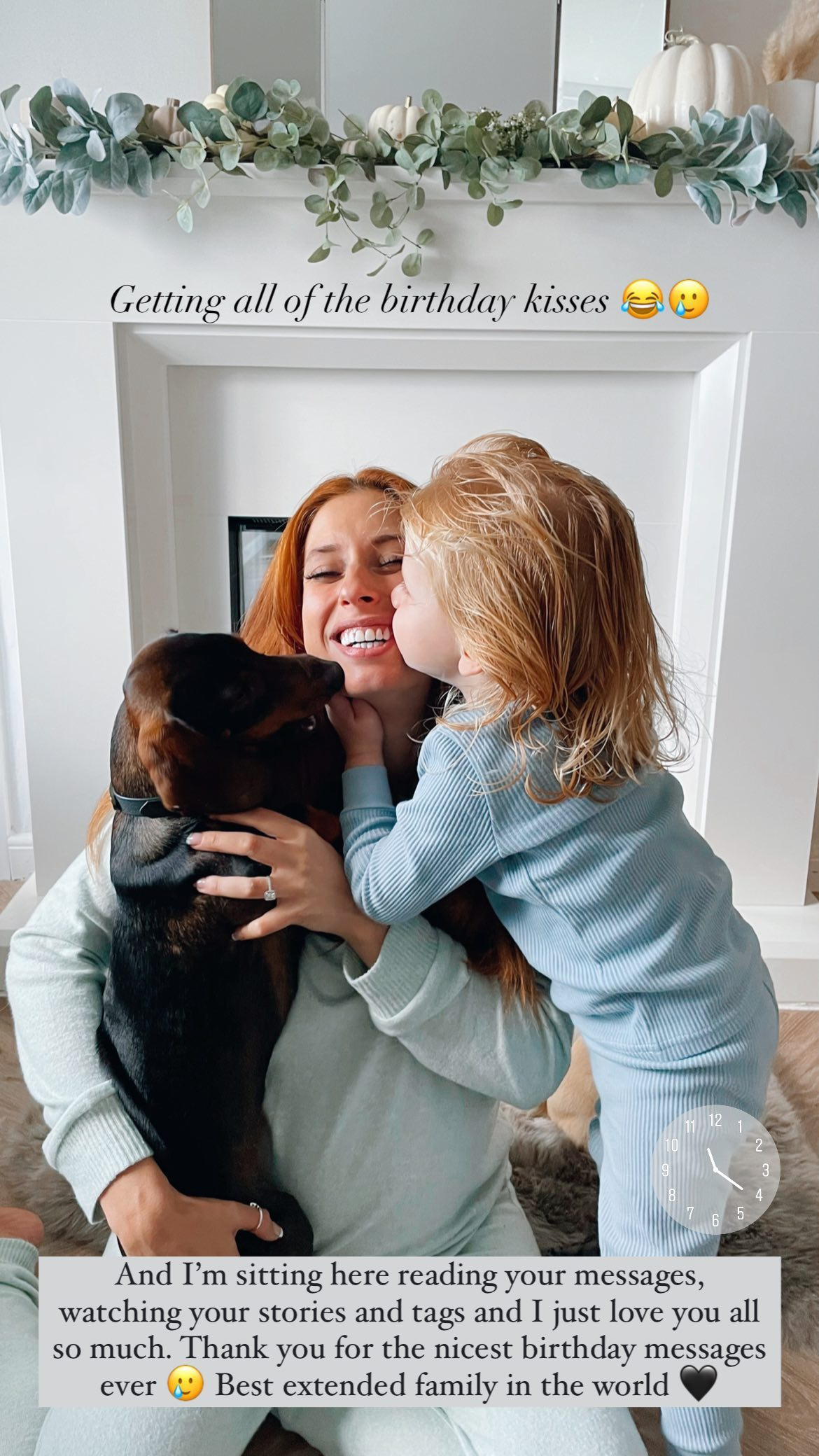 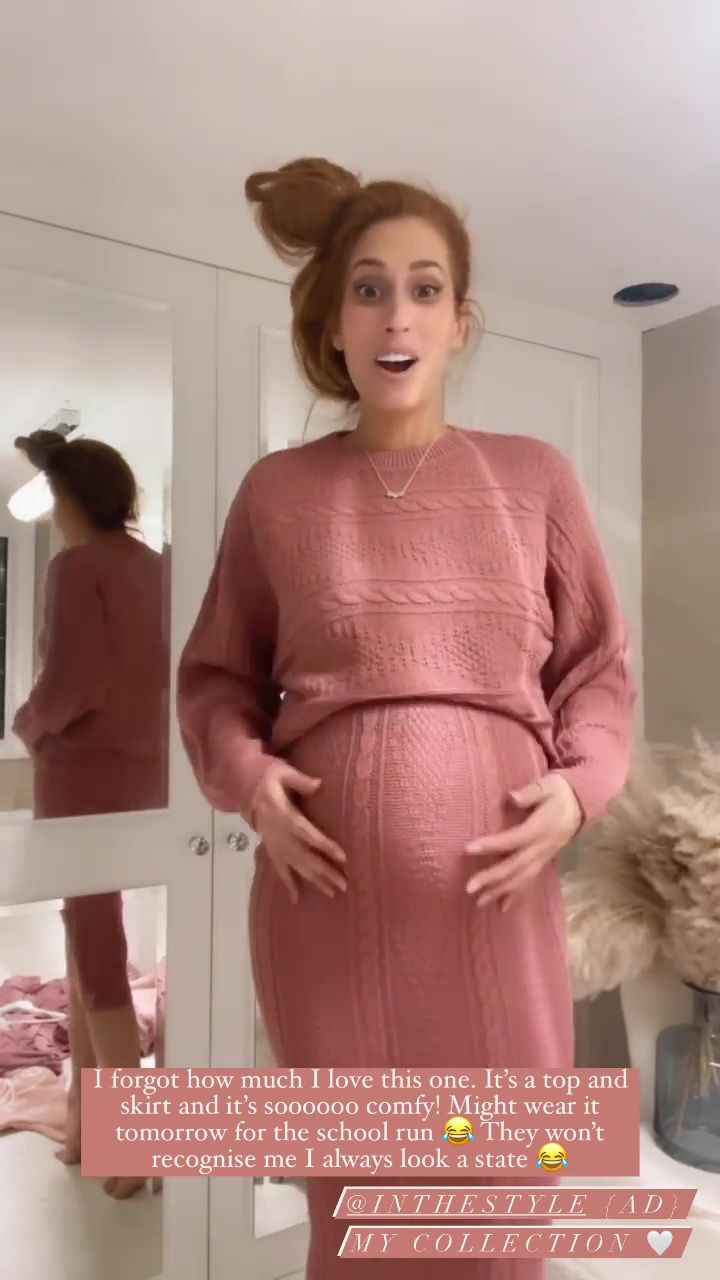 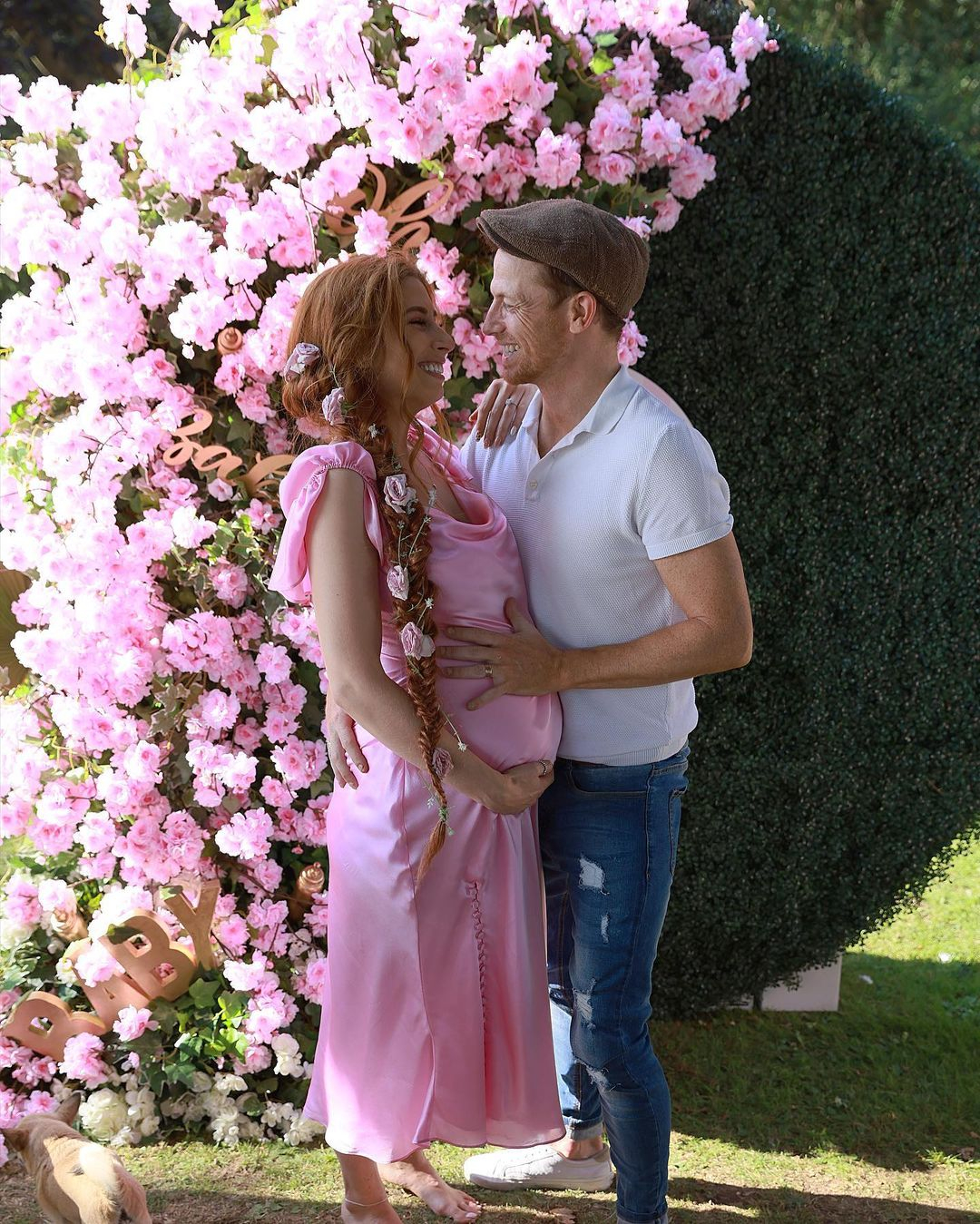