One Chicago has experienced a high exit rate from its actors in recent times. With Chicago Fire having wrapped up its 10th season, fans had to bid goodbye to a favorite on the show, Matthew Casey, who ran the Firehouse 51.

His departure also leaves room open for a new leader, and many speculate that the role could fall on Stella Kidd’s hands. 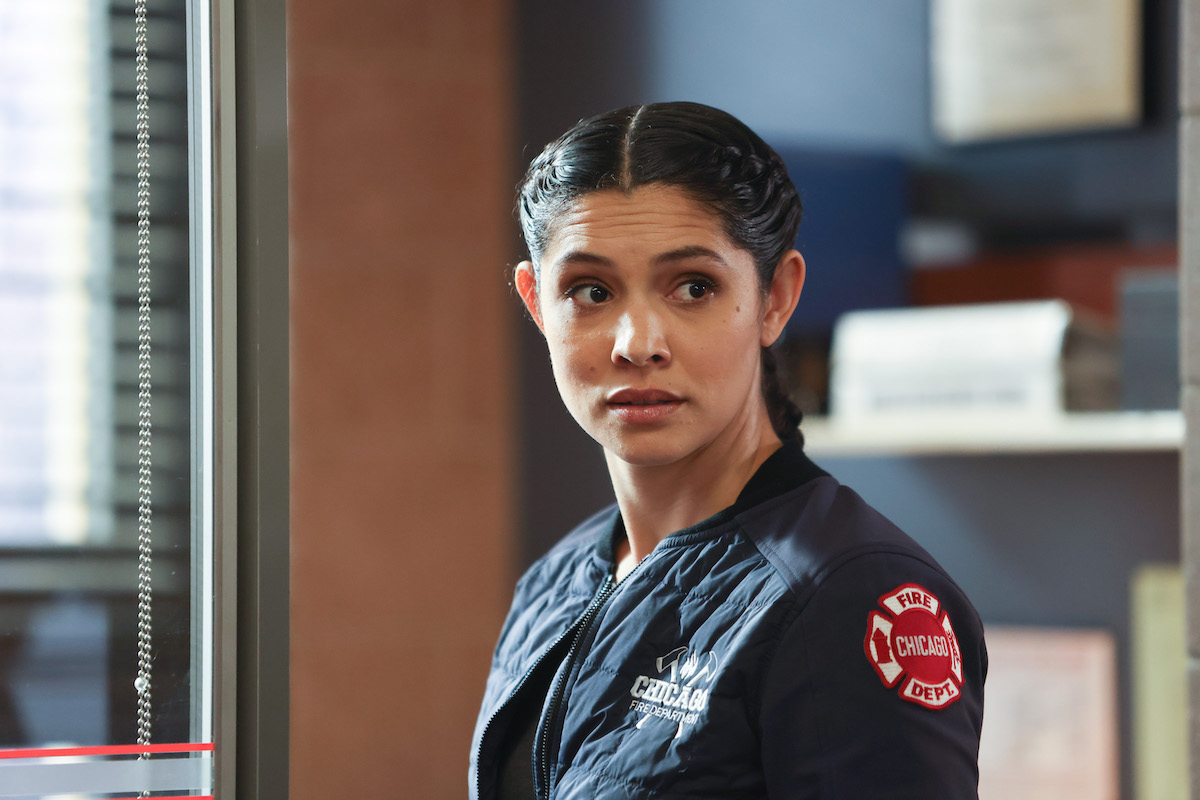 However, Stella has been significantly missing in action leaving many fans to wonder whether actor Miranda Rae Mayo is leaving the show.

Miranda Rae Mayo is not leaving the show

The various actors exiting from the franchise have had fans wondering whether Mayo is next in line to be written out given her loud absence on the recently concluded season. Fans can, however, take a sigh of relief as Parade sat down with showrunner Derek Haas to talk about the show.

Haas revealed to the publication that Mayo will not be leaving Chicago Fire and that fans won’t have to wait long to see her back on screen.

This, however, might not be a guarantee as Jesse Spencer’s exit from the show was abrupt. There was no news about him exiting the series, possibly as a way of maintaining suspense and not ruining upcoming episodes.

Still, his departure gives hope to fans as writing out one major character might not have a huge impact, but getting rid of two main characters in the same season might hurt the show given the rating decline since Spencer’s exit.

Why is Stella not on ‘Chicago Fire’?

Haas explained Stella’s absence saying that the fan-favorite firefighter had been in Boston and Philadelphia setting up the Girls On Fire program that is close to her. Stella started the program to help mentor young girls who aspired to be firefighters and has since made it her top priority.

Although her name has gotten passed around on the show frequently, the details have remained scarce about Stella’s possible return. Severide mentioned that she could return but wasn’t forthcoming about the exact timeframe.

When Casey was part of the crew, the number of officers was high, and there was a huge potential for Stella’s transfer to another firehouse for her to still serve at her rank. However, with his exit, Stella might serve as his replacement, which also gives an excellent opportunity for the writers of the show to bring her back.

Haas didn’t want to reveal anything more about the upcoming storylines, including the next commanding officer of Truck 81. He, however, let on that the storyline will be a major one saying “there is some shifting chairs within the firehouse,” implying that there might be a promotion in the works.

Another possible way for Stella to return might be for her wedding to Severide. Fans have shipped the two for years, and given Spencer’s willingness to return for a final goodbye as the best man, it presents another opportunity for the writers to reintroduce Stella back onto the fold.

Fan theories on why Stella is not present in season 10

Fans on Reddit recently discussed Stella’s prolonged absence from Chicago Fire, with each one theorizing about it. After one fan brought Stella’s absence on Casey’s departure episode to attention, other users joined in with their theories about what could have happened.

One user reasoned that Mayo might have needed some time off or might have had another acting engagement. Another theorized that she might have taken a break for her mental health, but others thought her absence was due to her possibly having coronavirus (COVID-19).

However, one fan had no interest in speculating about why Mayo was absent and only asked for someone to notify them “when she’s back. I have no reason to watch the show now.”