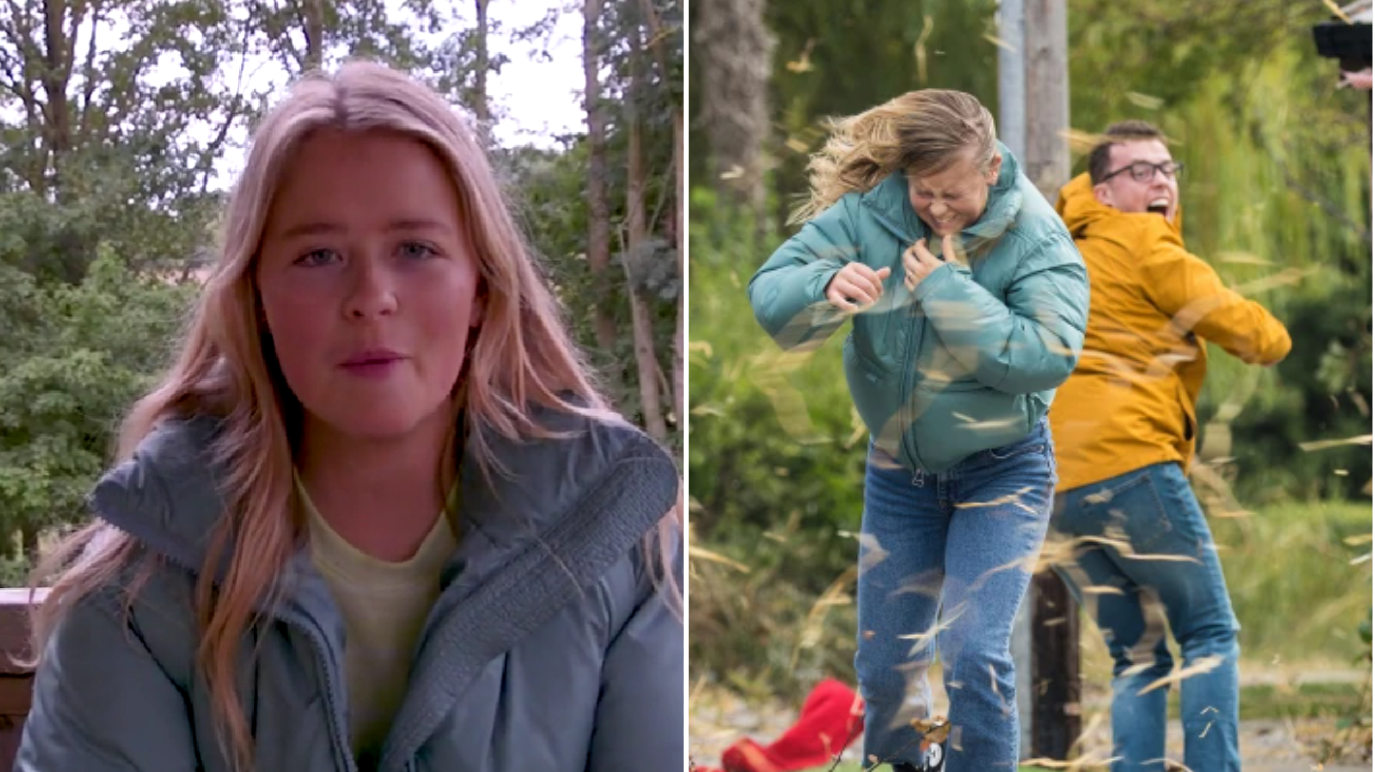 Emmerdale fans were left in floods of tears at the end of last night’s episode when beloved character Liv Flaherty (Isobel Steele) died after being trapped when a caravan blew over.

As it became clear that she wouldn’t survive her injuries, first her brother Aaron (Danny Miller) spent some tender moments with her and then she was joined by her husband Vinny (Bradley Johnson).

Vinny talked to Liv about future plans, how they would travel and sit on a beach together. ‘I’m not coming out of this, Vinny,’ Liv tearfully told him, adding that he’d be okay because he’s stronger than he knows.

‘It’s you that makes me strong,’ he told her. Liv said she didn’t want to leave him and Vinny promised, ‘Wherever you go next, we’ll be together again, I promise.’ His wife’s final words to him were, ‘I never knew anyone could make me so happy.’

And yes, we are crying. It was an unbelievably sad and poignant ending for a couple whose lives together had only just started.

Isobel Steele revealed in a video posted on the official Emmerdale Twitter account that she’d also shed tears over the scenes. ‘I hope it made you cry. I definitely cried when I read it,’ she says.

And Olivia Bromley speaks for all of us when she says, ‘My heart ❤️😭’