Meghan Markle is set to discuss her relationship with the Royal Family and her new life in California in a special 90-minute interview with Oprah set to air in March. The Duchess of Sussex is expected to talk about her and Prince Harry’s decision to quit their position as senior working royals as well as their new charity, Archewell. Commentator Camilla Tominey suggested the interview could become the “Meghan show” and solely focus on the Duchess of Sussex as Harry is expected to only show up “at the end” of the discussion.

Ms Tominey said: “It’s built as Meghan talking about Megxit and family and marriage and the royals.

“And then Harry comes in kinda last minute to talk about their lives in America and their future.

“I think they’ve done it that way because, of course, it’s more compromising for Harry. He’s the one who, at the end of the day, is going to be coming back to the UK and see his relatives.”

She added: “I think people have concluded the Duchess has always had her eye on the American prize and probably isn’t likely to come back here too often.

JUST IN: Prince Harry facing lonely fight to stay royal as Meghan has ‘no intention of returning’ 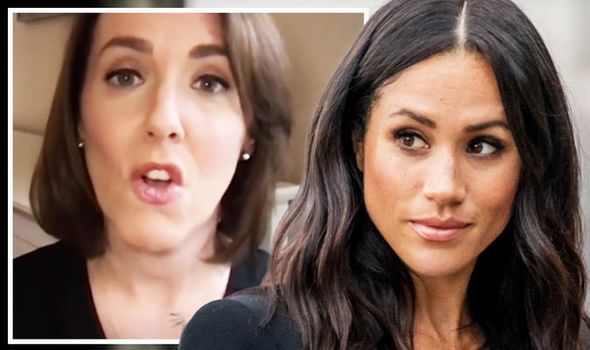 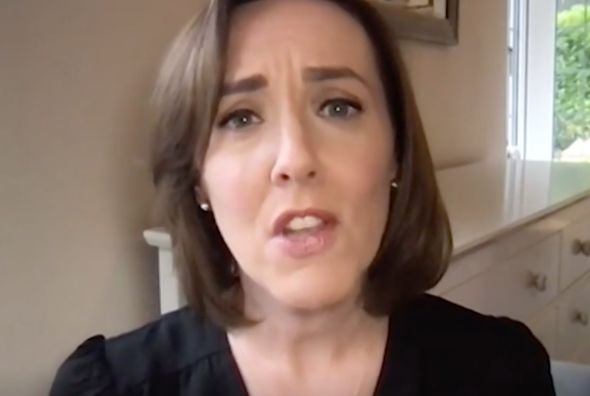 “That suggestion some years ago that she was going to seek dual citizenship I think has been quietly abandoned.”

Ms Tominey also suggested Meghan could face some tough questions about her relationship with the Royal Family, especially in connection to the unexpected decision to step down last year.

The Duke and Duchess of Sussex announced they would give up their positions in January 2020 after a six-week family break away from royal duties spent in Canada.

With the one-year review of the agreement struck with the Queen coming up this March, and news of the interview breaking, the couple is now expected to be asked to relinquish any remaining role connected to the Royal Family as the pair showed off their newly-found independence.

Prince Harry has already been warned he may have to say goodbye to his honorary military titles despite keeping close contact with servicemen and women since departing the Royal Family.

News of the upcoming interview followed Prince Harry and Meghan’s announcement on Sunday that they are expecting their second child.

The pair shared a black and white photograph of themselves under a tree in what is believed to be their new home’s garden, the Duchess of Sussex resting her head in the Duke’s lap as the pair share a tender look.

A visible baby bump could be seen jutting out from beneath Meghan’s white dress.

The pair confirmed the pregnancy three months after the Duchess of Sussex revealed she had miscarried last summer in a heartfelt piece for The New York Times.

Harry and Meghan’s second child will be eight in line to the throne after their older brother Archie Harrison and will be either the tenth or eleventh great-grandchild to the Queen as Zara Tindall will also be welcoming her third baby in the coming months.

Much like with their eldest son, the Duke and Duchess of Sussex are now expected to take on offers to give their second-born an official title.

But as a direct descendant from Her Majesty in the male line, the child will still be granted the right to be known as master or lady in the future.