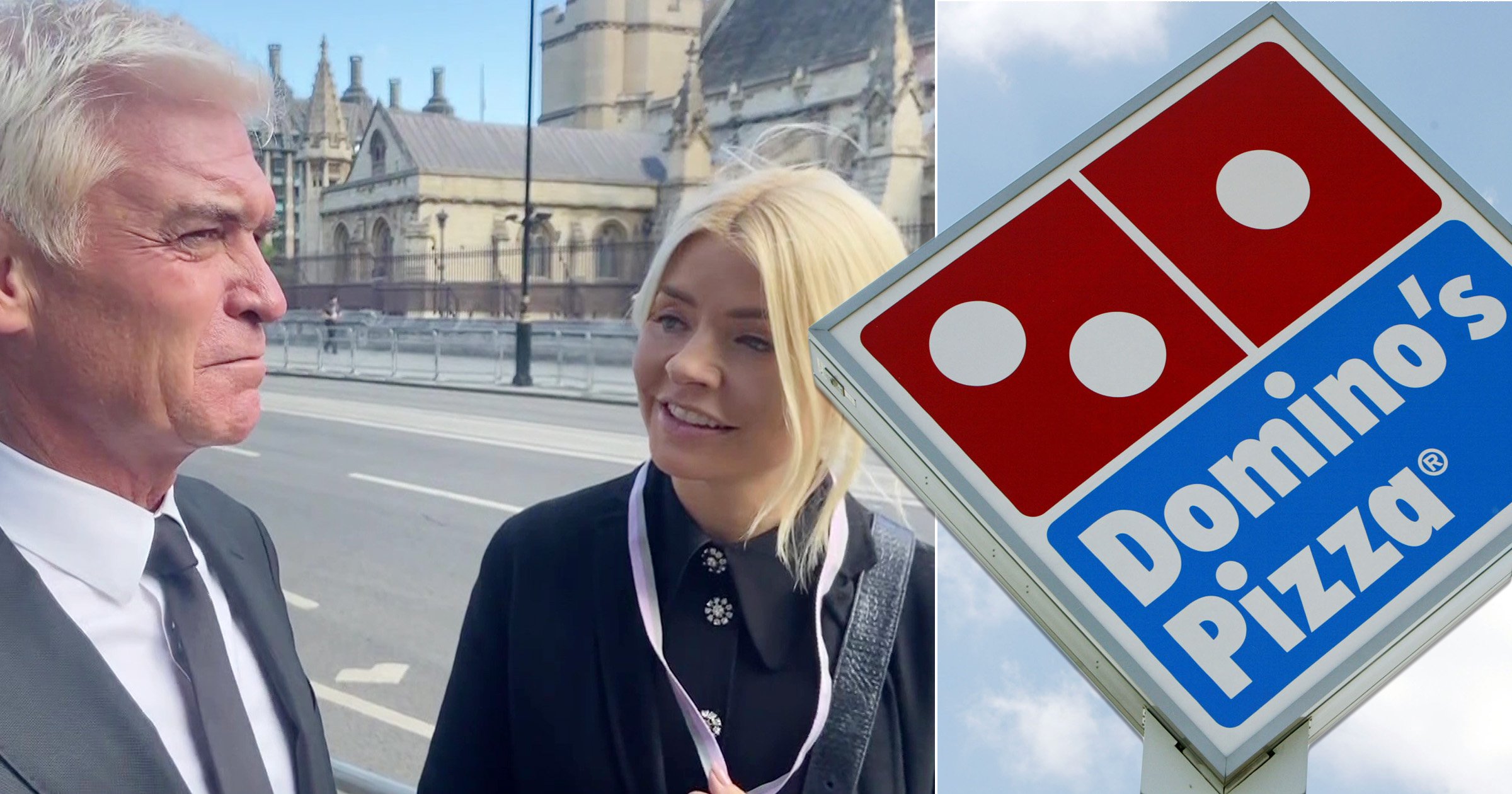 ITV boss Dame Carolyn McCall has recalled the awkward conversation she had with Domino’s after the company joked about the Holly Willoughby and Phillip Schofield ‘queue-jump’ controversy.

It was the moment that spawned a thousand memes, but ITV boss Dame Carolyn McCall has shared that she didn’t find the tweets at the This Morning presenters’ expense all that funny.

The pair found themselves in the centre of intense criticism recently, after accusations they ‘jumped’ the queue at the Queen’s lying in state at Westminster Hall.

Despite the pair insisting they were there in a professional capacity as members of the media, therefore were in a separate line to public mourners, calls have persisted for the presenters to be sacked from their This Morning roles, with a petition garnering over 70,000 signatures.

Amid the furore, came the memes.

One in particular, from Domino’s, was a point of reference for Dame Carolyn at the RTS London Convention this week, with the broadcasting boss saying the pair had been ‘misrepresented’ over the ongoing claims.

Yes, talk of ‘skipping’ a queue infiltrated the accounts of companies on Twitter, with the pizza takeaway brand writing: ‘Apologies to anyone waiting on their pizza, we’ve just received an order from Holly and Phil #ThisMorning.’

Not finding the funny side at all, Dame Carolyn revealed to those at the conference that she had complained to Domino’s Pizza following its satirical post.

She said: ‘We just said to them, “What are you doing?” because we work with Domino’s and they said, “We think it is really funny, don’t you?”

‘They just thought that was funny.

‘They didn’t think of the impact that would have on how people would pick it up and start meme-ing it.’

Dame Carolyn went on: ‘I think that’s what happens with these things which are … They did not do anything wrong.

Domino’s wasn’t the only company account to have a laugh at the pair’s expense, with London Dungeon joining in with their new pass, for people who (in their words) are ‘too good for queuing’.

A number of celebrities made jibes about the co-hosts, including BBC newsreader Huw Edwards, who said during a news broadcast: ‘There have been quite a few familiar faces in the queue for that lying in state at Westminster Hall.

‘We did of course see a certain David Beckham there on Friday. He was widely praised for queueing for hours and hours, not jumping the queue because he’s a superstar VIP.’

Despite the backlash, Dame Carolyn insisted Holly and Phillip did nothing wrong and that the broadcaster is standing behind them.

She said: ‘They did have accreditation. Lots of people saying they didn’t. They were sent by This Morning to do a piece for September 20, which ran.

‘They were to interview people inside and outside. They didn’t displace anyone in the queue. And they’ve been very misrepresented, actually.

Dame Carolyn dismissed the idea they had been ‘cancelled’ before adding: ‘I think they’re highly relevant and still very topical, and I think the majority of their viewers love watching them.

‘But there is a very shrill kind of voice against and it will hurt them.’