Piers Morgan was given a one-to-one interview with President Donald Trump at the Winston Churchill War Rooms in London yesterday, and when the conversation turned to Trump’s hour-and-a-half conversation with the Prince of Wales, Prince Charles things turned heated.

Trump has been widely known as criticising climate change and often referred to the subject as “extreme weather”.

Yet as he recalled his time with the Prince in today’s prerecorded interview on Good Morning Britain, ITV presenter Piers couldn’t resist hammering him about taking “responsibility” for the transition in climate change in the world.

Trump continued to be diplomatic when Piers suddenly cut in: “I believe its a collective responsibility. 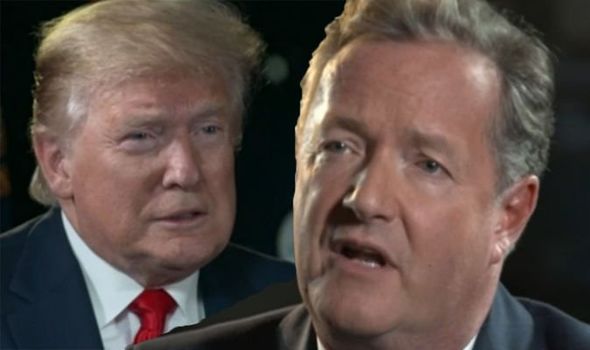