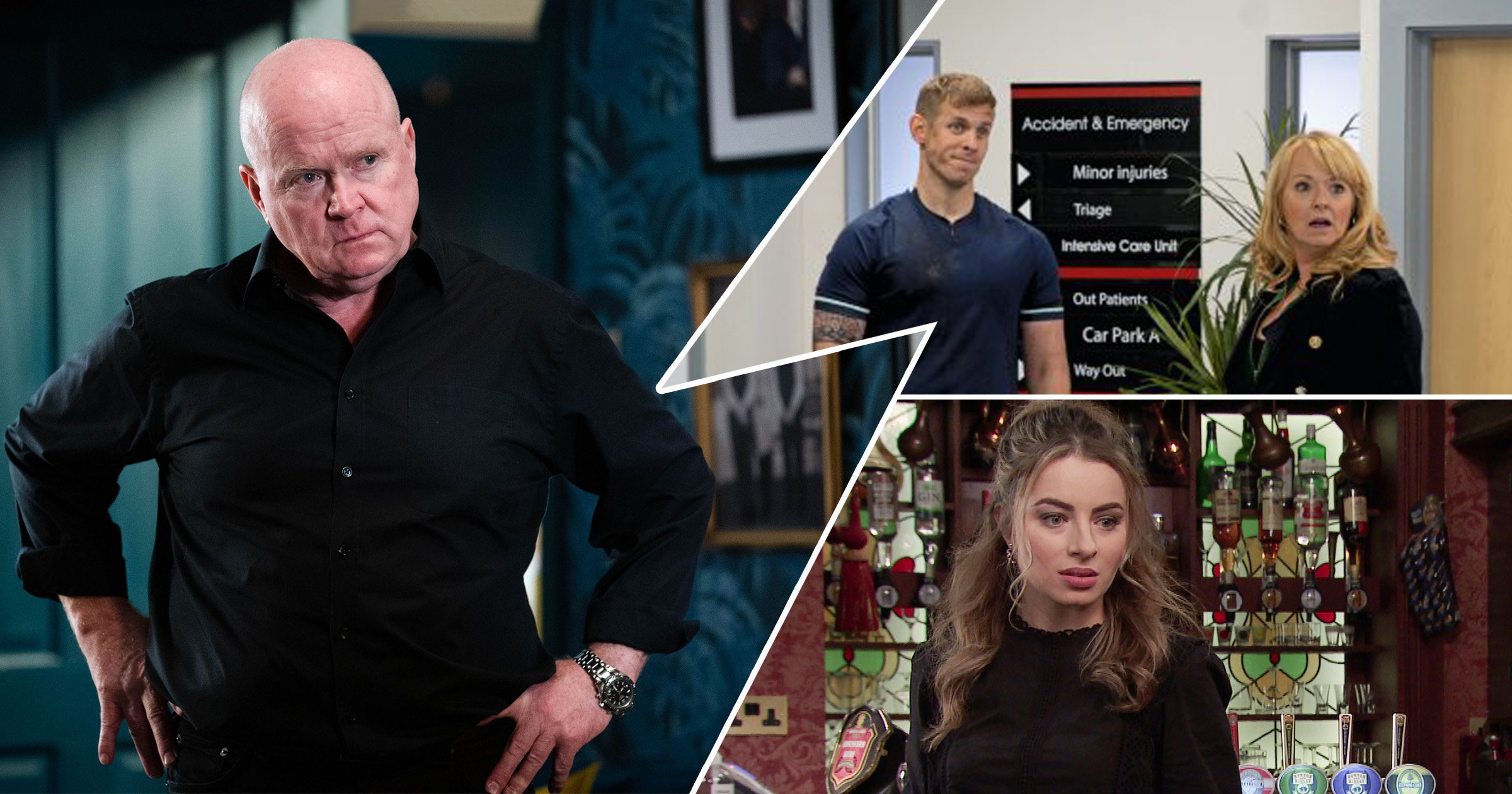 I vividly remember the first time I watched EastEnders at five years old. I was sat on the sofa with my family and I was gripped by the drama.

I’ve savoured every episode but it was the ‘Sharongate’ storyline in the 90s that really captured me.

Sharon confessed on tape that she had slept with Phil, her husband’s brother, and it ended up being played out loud in the Queen Vic at Phil’s engagement party.

The deception! The suspense! The action! Watching Grant beat Phil unconscious, resulting in Sharon ultimately leaving the Square. It was soap perfection.

Essentially, EastEnders has been a constant in my life.

So it was with alarm that I read the news this week that ITV are planning to move their soaps – Emmerdale and Coronation Street – to a new time slot. One that directly clashes with EastEnders.

Emmerdale is to air weeknights 7.30-8.00pm (with an hour-long episode on Thursday), while Coronation Street will now be shown in 60-minute chunks each Monday, Wednesday and Friday at 8.00pm.

All of which means that no matter where EastEnders lands on a Monday, Tuesday, Thursday or Friday, a stand-off with either Corrie or Emmerdale appears to be on the cards.

The issue for me is that I love Emmerdale and Corrie too. When Tricia Dingle had a chimney fall on her when the storm hit the village, I was brought to tears. And who can forget Deirdre – she was a woman blinded by love! I was so invested and rejoiced when she was finally freed.

Like a lot of soap fans, I feel conflicted about which broadcaster I should tune into to watch live.

This is very much a situation I don’t want to be in. And as an individual with autism, this also poses an extra challenge in that I like routine and familiarity – this is anything but that.

The cause of the change is down to ITV News wanting to extend their broadcasting, which will now end at 7:30 – pushing back Emmerdale and Coronation to be in direct competition to EastEnders.

While this isn’t set to be introduced until March, it’s got a lot of us soap fans riled up. We’d always expected that the broadcasters would stick to the gentlemen’s agreement we assumed they had to avoid clashes and splits to their audience.

What is of particular concern to me is the fate of EastEnders.

Just last year, the show recorded its lowest ever overnight viewing figures. In July, the BBC had 1.7million sit down to watch, whereas their best performers have seen them achieve over 30million viewers.

I’ve seen people complain that the plots just aren’t what they were in the earlier days. They say it’s been a long time since we’ve seen anything like Max and Stacey’s affair or heard anything like the ‘You ain’t my mother!’ line.

I personally still love EastEnders’ output, but I don’t know if historically loyal fans like me will outnumber those defecting to ITV.

The last thing I want is for this to end in the death of Albert Square and its inhabitants due to reduced viewing figures.

It’s for this reason that I will continue to watch EastEnders live, recording Coronation Street to watch after. I will then try my hardest to catch up on Emmerdale.

I do worry about how this will end up though. Among the soaps fandom, there is a purist attitude that watching live is the best way to consume our favourite continuing dramas.

As a result, it could mean that those who don’t tune in when the show is on TV will fail to stay on top of the drama at all.

I don’t see a way that this can end well.

I can only hope that EastEnders is allowed to continue to thrive; to grow and move us in ways perhaps other shows don’t get the chance to.

However, I’ve been gripped by Emmerdale recently – with the Meddling Meena storyline. Will she get caught? Who will be her next victim? Emmerdale already promises lots more twists and turns and this is really is edge of your seat stuff!

And what is happening up at Home Farm? Will Kim come face to face with her son? Will her and Will tie the knot? Constantly trying to guess ‘what next?’ keeps me coming back for more.

Like a lot of fans, I don’t want to have to pick and choose.

A lot of folks say that the era of soaps is approaching its end, but I don’t agree. It’s escapism from our lives. We’re transported to another world for adventure, thrills, shocks and scares.

What I want most of all is for the BBC and ITV to come to an agreement that doesn’t impact the habits of their fans as it’s us that will have to suffer the consequences.