JACQUELINE Jossa jokingly 'broke down in tears' and admitted 'it's hard being a mum sometimes' after she spilled her coffee in her latest TikTok video.

The 27-year-old regularly shares rib-tickling videos of her and her daughters; Ella and Mia, using a variety of amusing filters on Instagram. 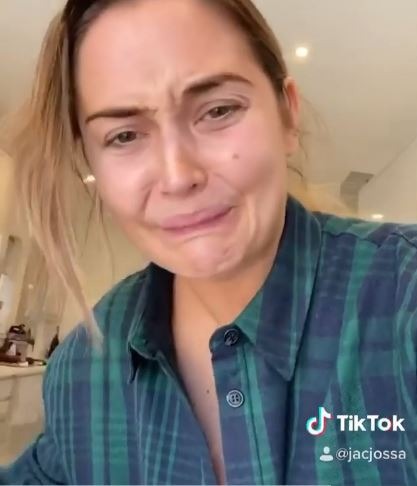 And today was no different as Jacqueline decided to give her social media followers a glimpse of her life with a quirky post, which saw her pretending to cry and singing The Beatles' 1968 hit Let It Be.

Speaking to the camera, a make-up free Jacqueline admitted: "Oh God I look like bad stuff today, bad stuff today" as she tried to fix her hair in place.

However things began to go downhill as she soon known over her coffee, leaving her to exclaim "Oh no" before rushing around her kitchen in search of a cloth.

Despite trying to keep calm by telling herself "It's good, all good with me", the former EastEnders star began belting out Let It Be in between joking sobs. 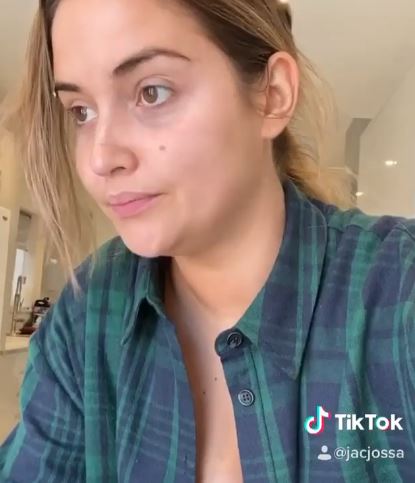 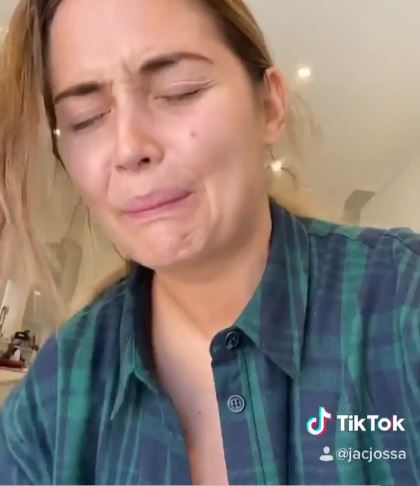 The current Queen of the Jungle eventually stood at her kitchen table where she continued to fake cry while her youngest daughter Mia watched on utterly bemused.

After Mia attempted to console her, Jacqueline confessed: "why am I crying? It's just hard being a mum sometimes y'know" while her little one looked hilariously confused about what had just occurred.

Captioning the TikTok, which she shared on Instagram also, the actress penned: "Mums…do you feel? 🤣 Completely unplanned by the way. ♥️"

Just last week, Jac was left in fits of laughter as she made her daughter Mia look "chavvy" with a hilarious Instagram filter. 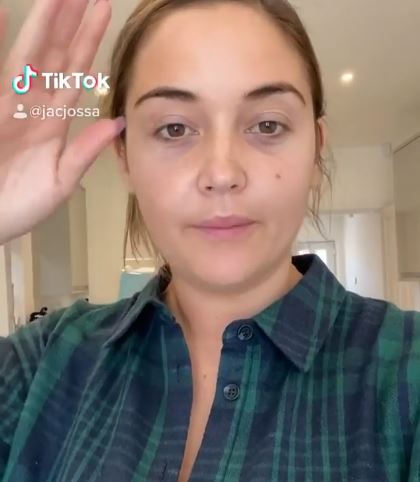 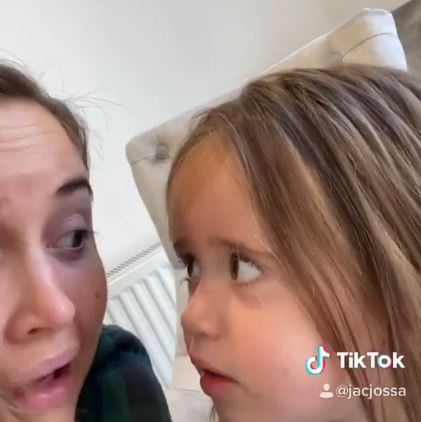 The former EastEnders star brushed up on some of her acting skills yesterday afternoon as she with her two-year-old while rocking some huge duck lips, dramatic eye shadow, thick eyebrows and a nose ring.

Keeping in character for the whole duration of her Instagram Story, Jac put on an Essex accent and pretended that she was about to get in a fight.

She told her 3m followers: "Excuse me can I talk to you for a minute? Yeah you. Over there blue top. Listen…" 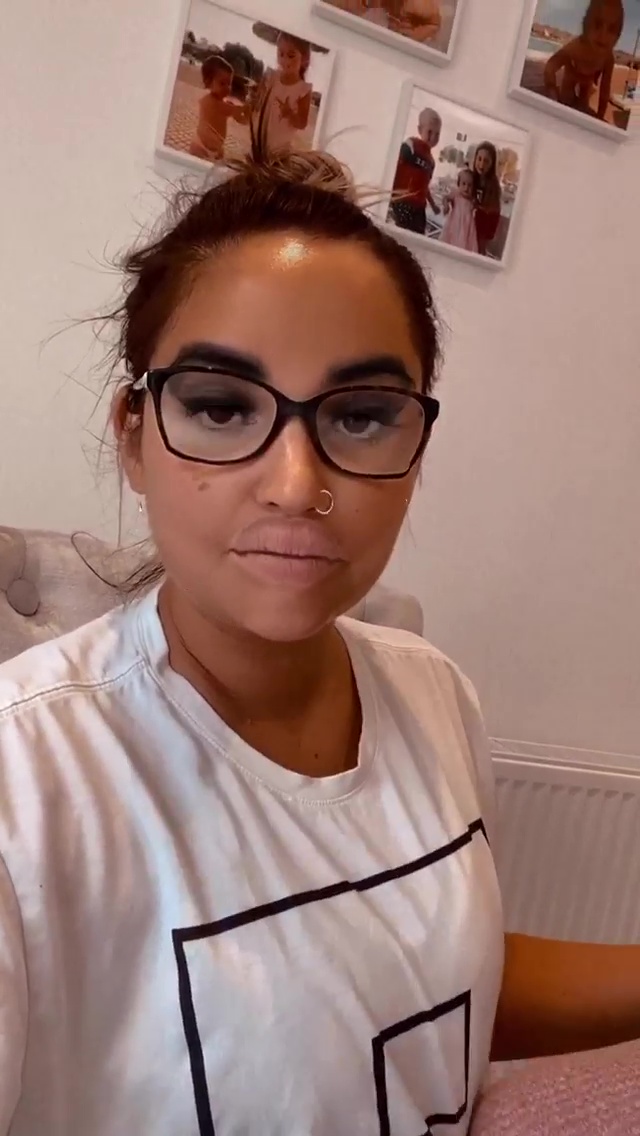 But two-year-old Mia killed Jacqueline's vibe as she kept trying to get her face in the camera.

She joked to her daughter: "No you're ruining it. You're ruining it because I'm going to come to you and you're going to be my little chavvy daughter as well. I can't do that. Shall we try again?"

But yet again, Mia didn't seem to fussed by Jacqueline's well thought out script for the hilarious content because she just wanted to see what she looked like. 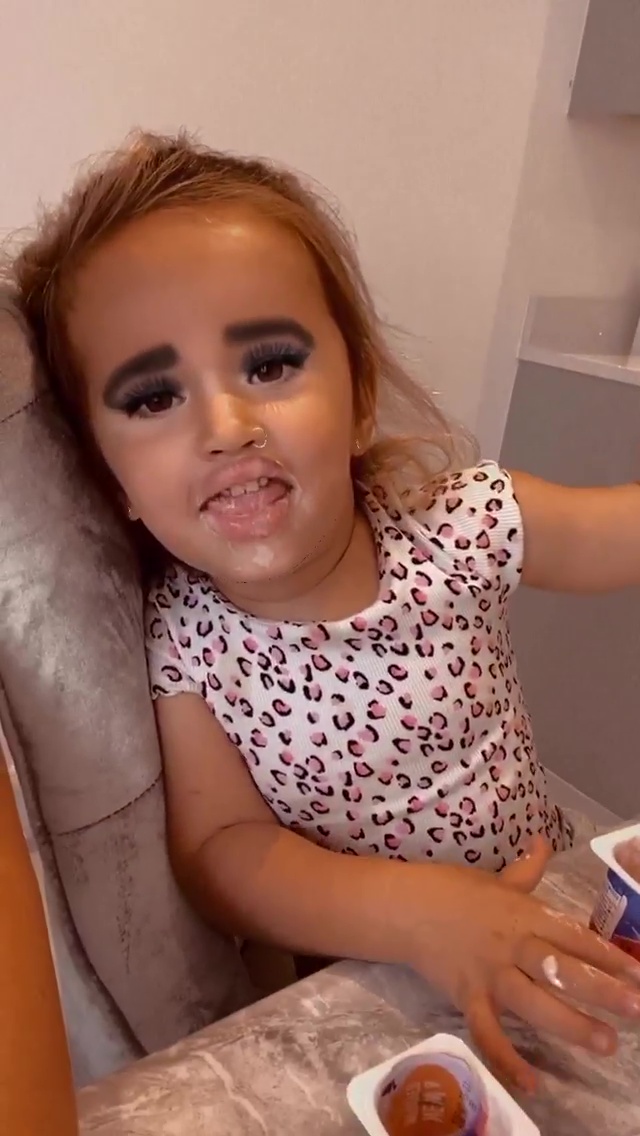 When Jacqueline's phone eventually picked up the tots face, the I'm A Celebrity winner was left in hysterics at how funny she looked.

"You still look cute though," she added.

With such a large following on her social media platform, the soap star loves to keep it real with her all her followers.

When she's not having a laugh with silly filters, she also likes to point out that they can be very damaging to people's perceptions of themselves too.

Last month she screamed "I don’t look like this!" and slammed the platform for making her look totally different as she prepared for her glam girls’ night.

She shared a video on her Instagram Story and was glowing, with piercing eyes and said: "Hmm. I truly believe these filters are not healthy. I don't look like this!"