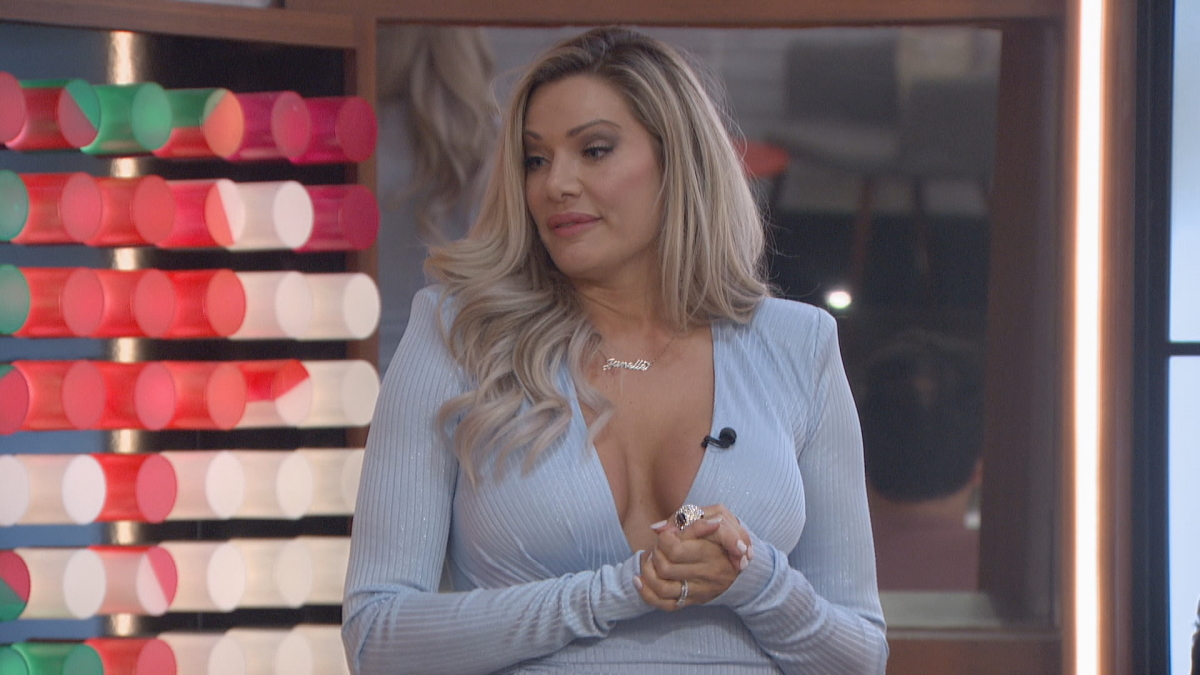 On the latest episode of Big Brother All-Stars, Janelle was evicted on a 9-2 vote. There was a reason that those two rogue votes happened, and it is already coming up in the BB22 house.

But back to Janelle, who was playing Big Brother for a fourth time this summer. She found herself targeted very early in the season and could not get any traction on putting together an alliance.

Janelle had a lot to say to Dalton as she talked about her experiences on Big Brother All-Stars, including giving Memphis Garrett credit for his gameplay and how he worked her over well.

One question that many fans have had is why Nicole Franzel appeared to be out to get Janelle on this season. When asked to address Nicole dis-inviting her from her upcoming wedding, Janelle took the high road. Again.

“We had a little bit of beef on The Amazing Race, and that’s where all this crap started surfacing from. I wasn’t going to go to her wedding anyway,” Janelle told Dalton.

Dalton also asked Janelle about who she is rooting for to win Big Brother All-Stars if Kaysar Ridha can’t do it. Janelle predicted that Daniele Donato will win, but that she would love it if Bayleigh Dayton or Enzo Palumbo could do it. She even noted that she hoped Bayleigh and Enzo could work together in the house.

Dalton brought up that Janelle has been on The Amazing Race and Big Brother but that there was one big CBS reality show she hadn’t been on yet.

“I would absolutely 100 percent do Survivor. Like, it would be the biggest thing in my life. I love the show. I absolutely adore it,” Janelle told Dalton.

Janelle’s fans are here for that. She would definitely be an interesting competitor to see on a season of Survivor, especially because of the almost daily competitions and the challenge of needing a competitive and social game.

Let’s hope Janelle Pierzina gets a shot to show what she can do on Survivor because this was likely the last time that Big Brother fans will get to see the legend as a houseguest.