Jemele Hill from Below Deck shared that chief stew Kate Chastain and the crew did a good job of keeping the drinks flowing during her bachelorette party charter. The cocktails were so plentiful that Hill didn’t make it to the now-infamous dinner when chef Kevin Dobson presented his masterpiece penis cake to the guests and Captain Lee Rosbach. But she also revealed that it’s not just the Below Deck crew, but producers who got the party started.

Hill recounted her experience on the show with comedian Leslie Jones, which is when she said producers make sure guests have a cocktail even when they are being set up with their mic. “Let me tell you how they set you up on Below Deck,” Hill told Jones on her Jemele Hill is Unbothered podcast. 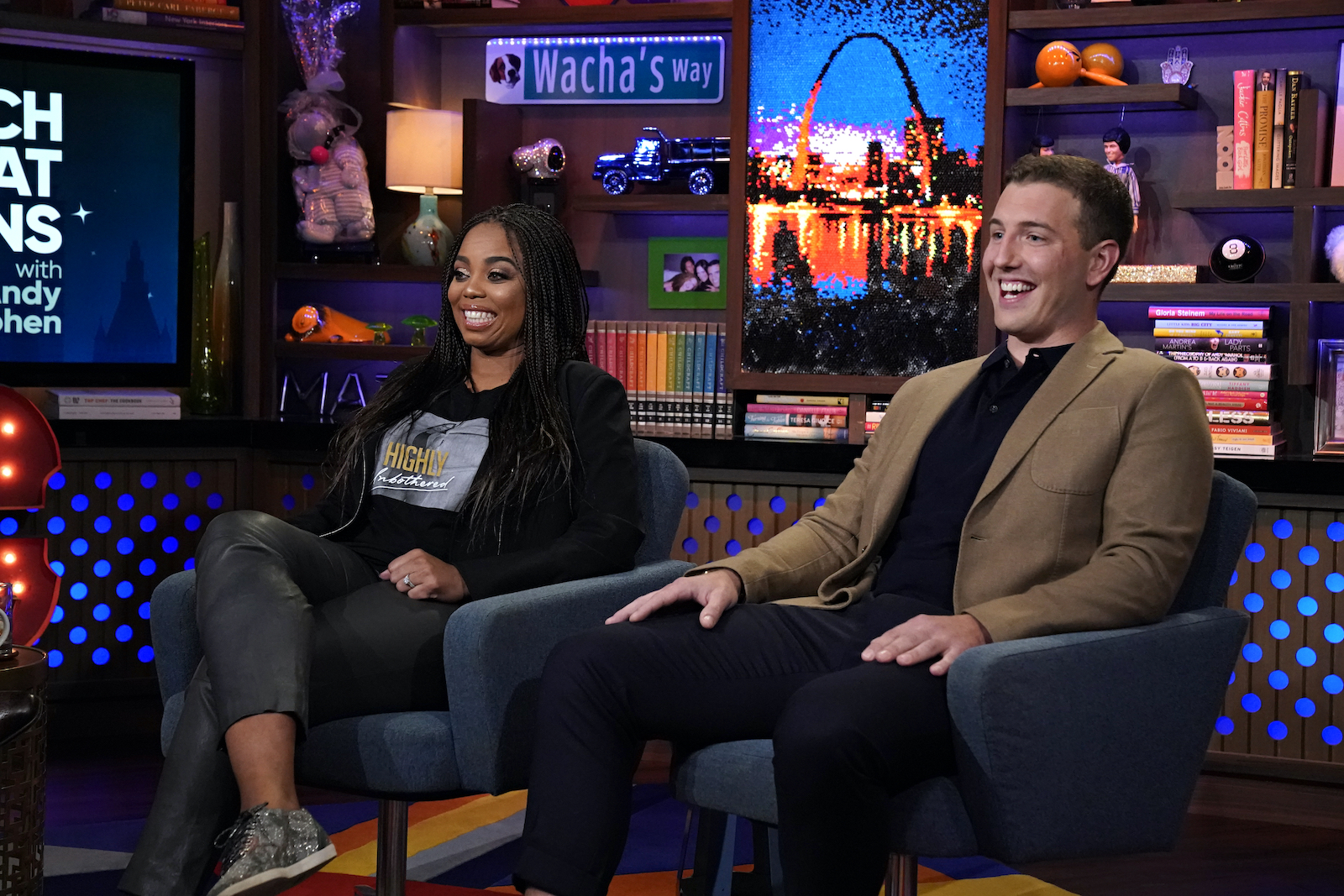 “Because I feel like you need to go on Below Deck,” Hill explained. “You need to go on there. I think you will be like the perfect, perfect charter guest. So they get you tuned up. Before we even make it to the yacht, we’re at a bar that’s right on the marina area and the producers are like, yeah, we’ll just like go over like the mic packs, you know, just general stuff. You should know, blah, blah, blah, blah, blah. ‘Hey, y’all want some shots?’ They get you f**ked up before you get there!”

The party continues with the tour of the boat

The drinks never seem to stop flowing, Hill shared. “As soon as you get on, you get the champagne, you’re like, alright, Kate’s [Chastain] showing you around the boat,” she said.

Hill later recalled how drunk she was before the penis cake reveal. “I’m about to pass out in this lovely lobster ravioli,” she said about the moment before she decided to just go to bed.

She added, “So now my friends they call it, they’ll be like, oh we about to go out and get BDD which is Below Deck Drunk. So now it’s a whole thing.”

What happened when the cake was revealed?

Jones thought the penis cake reveal was “the best episode” and she knew Hill wasn’t going to make it for the entire dinner. Hill later reflected on the moment that she missed. Chastain told Dobson to emerge with the cake when she knew Hill had gone to bed. Adding insult to injury, Rosbach was deep in conversation with Hill’s friends about charity work.

Dobson freaked out and ran. “The number one thing that the rest of my friends had a problem with is, it’s like you dropped it and you didn’t explain anything,” Hill told Dobson during an appearance on Watch What Happens Live with Andy Cohen. “Had you explained it, it might have gone better. So that was a piece of feedback I got from everybody.”

But she added, “I didn’t know that basically you got set up, dude. I don’t even know how to make this right or whatever. I’m sorry I wasn’t there for the penis cake,” she added. “I didn’t know there was something larger at play that apparently horrified the rest of my charter.”