Home » TV & Movies » Jennifer Lopez and Ben Affleck Were 'Friends First' on 'Gigli' Set: 'We Got to Know the Real Person'

Jennifer Lopez and Ben Affleck Were 'Friends First' on 'Gigli' Set: 'We Got to Know the Real Person'

Before they became Bennifer, Jennifer Lopez and Ben Affleck were co-stars working on the film Gigli. Their romance bloomed soon after, and they attended the movie premiere together. The now re-ignited couple once shared how they met and became friends first.

Jennifer Lopez and Ben Affleck starred in ‘Gigli’ together

Gigli debuted in August 2003. The film starred Affleck as the titular character, a mobster who begins working alongside Lopez’s Ricki. The action-comedy performed poorly at the box office and received very poor reviews, but remains known as the movie that led to Affleck and Lopez getting together.

Affleck signed onto the project first. He told Access Hollywood he “really wanted Jen to do the movie,” specifically for her star power. “It felt like it was an off-beat movie, and the more wattage it had, I thought, the move [it] would help the movie.”

Lopez had broken out with Selena, later drawing attention for romantic comedies The Wedding Planner and Maid in Manhattan. But Affleck knew her by reputation only. “You always sort of go into a movie — if you don’t know the person you’re working — treading on thin ice sort of for the first week, hoping that person doesn’t turn out to be a disaster,” he said.

They said they were ‘friends first’ while working on the movie 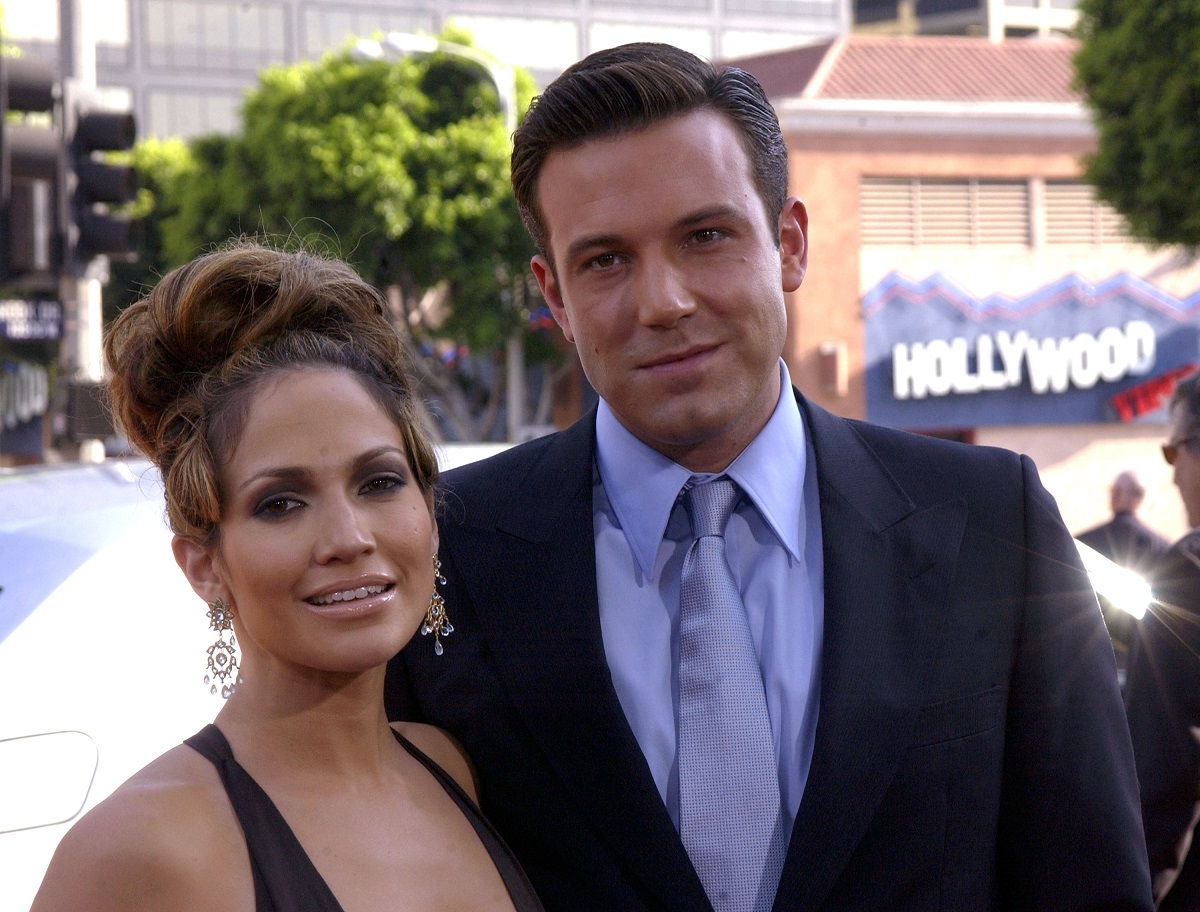 Lopez, on the other hand, “wasn’t worried at all” about her co-star. “I worry more that the people are going to like me,” she explained, noting she “was more excited about working with an actor who I felt like could help…carry a movie. I had done a few movies where I was carrying the whole thing on my back by myself, and I was excited to put the load on someone else.”

Though they “met at a couple of parties” before they began filming,” Lopez joked they “barely paid any attention to each other,” and they met for real at the first read-through. But as for their romance, it came well after getting to one another while working together.

Lopez said they “can’t pinpoint” when they fell in love. “We became friends first!” she exclaimed. “That’s the honest to god truth.” She said they were “really happy they liked each other.” “It felt like we had good chemistry,” she added. “It came to be a thing where we both respected each other, which I think was really important.”

Lopez and Affleck remained friendly after breaking up

The co-stars began dating and got engaged in 2002. Lopez and Affleck split in early 2004 after calling off their September 2003 wedding. When they first sparked reunion rumors in 2021 — later verified on Lopez’s birthday in July — some sources fended them off by declaring the pair have remained friendly since their original split.

“We don’t have the kind of relationship where she relies on me for advice,” he told The Hollywood Reporter in 2012, but they “touch base” via email. “I respect her. I like her. She’s put up with some stuff that was unfair in her life, and I’m really pleased to see her successful,” he added.