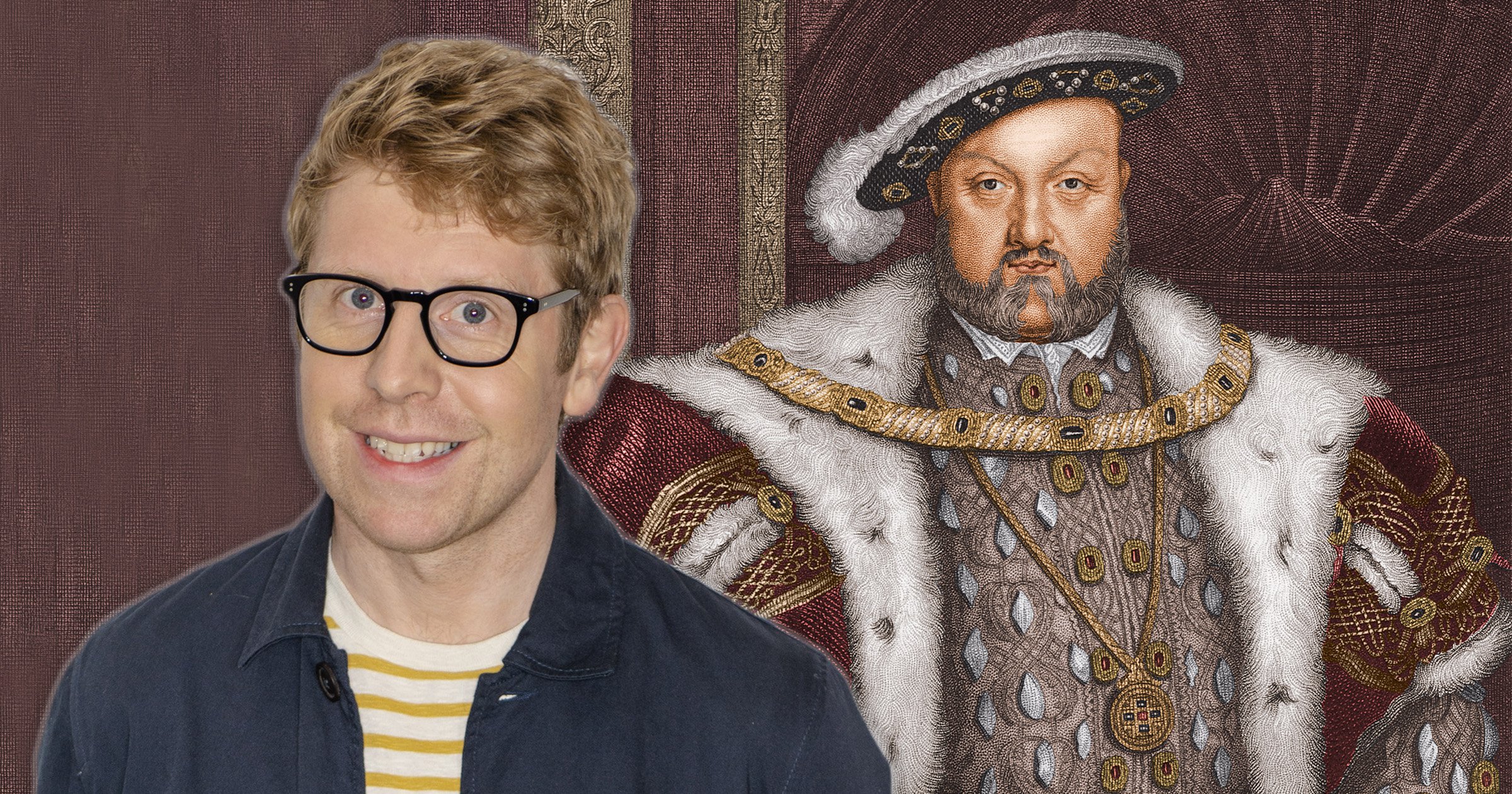 Comedian Josh Widdicombe had the surprise of his life when he discovered a royal connection during his an appearance on Who Do You Think You Are?.

Josh, 38, is one of the latest famous faces to be trawling back through their family tree all in the name of television.

The stars who feature often end up finding previously unknown details about their ancestry, which makes for some fantastic programming.

In the latest series of the long-running factual series, Josh got more than he signed-up for during his appearance when he found out he is related to none other than Henry VIII.

Josh said of the wild news: ‘To say it’s exceeded my expectations is the understatement of a lifetime.

‘I was just expecting a couple of farmers. It’s proper blue blood, isn’t it?’

He is said to be connected to the former monarch through unsurprisingly scandalous means.

It’s thought his link to the king is through 13x great-grandmother Lady Catherine Knollys.

It’s claimed she was a lovechild born through Henry’s supposed relationship with Anne Boleyn’s sister Mary.

That wasn’t all for the royal revelations as The Last Leg star also discovered links to Edward I, who was King of England from 1272 to 1307 is his 23x great grandfather.

Josh even has some French blood in his ancestry as his 24x great-grandfather is the French King Phillip III.

Elsewhere in the episode, he was told his 10x great-grandfather Henry Rich was a trusted adviser to none other than King Charles I.

Henry was the first Earl of Holland, with his role to act as the aptly titled ‘groom of stool’ – which meant he had to accompany him to the toilet at all times.

Despite the job not sounding the most glamourous, Prof Tracy Borman shared: ‘It’s the most sought-after role in the king’s court.

‘In those days it’s all about getting ahead as well as getting to be with the king.’

The comedian isn’t the only star to have found links to the royal family, with EastEnders favourite Danny Dyer having five years ago he had a distant link to William the Conqueror and King Edward III.

Other celebs who will be digging into their history are Dame Judi Dench, Joe Sugg, Pixie Lott, Alex Jones, Ed Balls and Joe Lycett.

Who Do You Think You Are? returns to BBC One later this year.